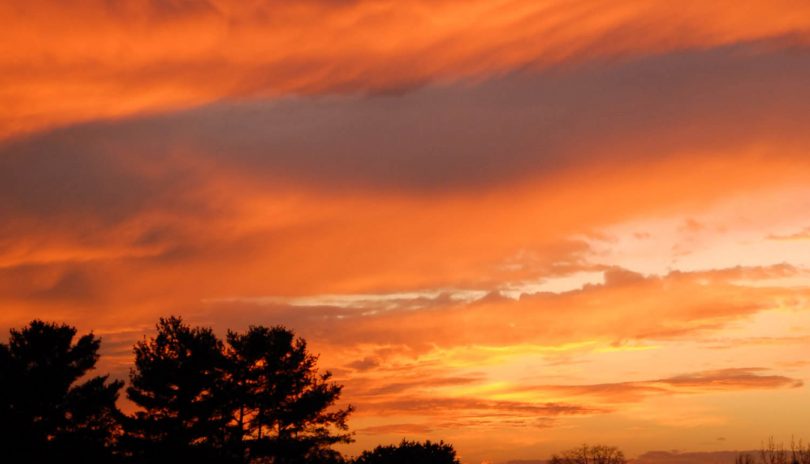 This month, we share writings based on Mark 9:2-9. This Bible text is for “Last Sunday After Epiphany” in Lectionary Cycle B of the Revised Common Lectionary used by the Moravian Church.

The Gospel of Mark is Scripture that most of us feel we can understand. The book simply witnesses to what the believers saw and heard, and then invites us to wrestle with how to live by these “nuggets of faith.”

In Mark 9:7, the Father speaks: “This is my Son, whom I love. Listen to him!” (Notice the imperative; it’s important!) While we may not fully understand the theological implications within the transfiguration account, most of us are capable to wrestling with the nugget: “Listen to him!”

“Listen.” In contrast to Peter, we need to be quiet long enough to grasp what is being said (and shown) to us. There will likely be plenty of chances to praise him and tell others later.

“To.” To whom or to what do we listen? The world is full of competing voices, so why listen to him? While other voices only sap our lives, the voice of Jesus offers life. Hey, I can make this choice for myself!

“Him.” Need any more reason to choose Jesus? The transfiguration reveals him as the Son of God, dearly loved by the Father. Talk about having the ultimate credentials!

We are not to be gamblers on Jesus, offering a small wager, hoping to win big in the distant by-and-by. We are to be active investors in him now. We begin by listening. We move on by struggling to understand. Finally, we let go of our own will by entrusting all that we have and are with the One Lord. At times we may struggle to fully understand, but, endowed with the gospel’s simple “nuggets of faith,” we grow in him.

Don’t make it complicated. The Father surely didn’t Begin today. “Listen to him.”

Recently I read the obituary of the former principal of the elementary school I attended. While we had known him to be kind, fair, and concerned for our education, we were unaware of the true scope of his humanitarian and philanthropic work. Only after his death did we come to see his interactions with us at school in the broader context of a life dedicated to serving others.

Maybe you’ve had a similar experience while attending a memorial service. How nice it would be to gain this perspective on someone while he or she was still alive.

Something similar, but more profound, happened to Peter, James and John atop the Mount of Transfiguration. As Jesus’ disciples, they knew him as teacher, healer and friend. But on that day, when Christ appeared in radiant glory with two of the most revered figures of Jewish history, they learned he was also the fulfillment of the Law (represented by Moses) and the prophets (represented by Elijah), and were reminded he was God’s Son.

Peter wanted to memorialize the moment and honor Jesus, Moses and Elijah by building a series of shrines. Commemorating such powerful, yet fleeting, experiences is a very human impulse. Yet we cannot hold on to past or present. Our lives continue; sooner or later we must leave all physical shrines behind us.

Would it not be better to build a dwelling place for Christ in our hearts—simply to allow such sacred moments to inform how we live and interact with others in the future? It’s easier to praise Christ than to follow in his footsteps, but that’s not what our Lord asked us to do. Jesus said, “Follow me” (Mark 1:17). God said, “This is my Son, the Beloved, listen to him!” (Mark 9:7).

Called to return to the valley

Imagine being in the presence of Moses, Elijah, and Jesus! That was the experience of Peter, James and John on the mount of transfiguration. No wonder Peter wanted to build three booths and tarry for a season. But the message of the transfiguration is not that we are called to tarry. We are called to faithful stewardship of time, talent, treasure and opportunity. And when we feel we cannot enter the valley again, even to serve Christ, the presence of God is there to transform us.

As they gathered on the mountaintop, Moses and Elijah appeared before them, and Jesus was transfigured so that his glory and majesty were unquestionable. God had their attention. They had seen. Now it was time to hear. A voice said, “This is my Son, the Beloved; listen to him.”

They had seen and heard. Now it was time to return to the valley of human need to share their experience. but they would never be the same. They had been transformed as well. They had been in the presence of Moses, receiver of the law, and Elijah, the great prophet. And Jesus, God’s gift of grace to the world, had been with them. But after the voice came, they “saw no one with them any more, but only Jesus.” Moses and Elijah were gone. Only Jesus remained.

Then they understood the message they would share in the valley. That message had transformed them and would change the world: Law, prophecy, grace abide, these three; but the greatest of these is grace.

How touching it must be, perhaps frightening, to accompany a friend to the top of a mountain, and there to encounter the unexplained. You are caught up on the presence of God’s shining glory. Your friend is changed before your eyes; you receive a new consciousness that enables you to recognize two individuals who preceded you in life by several centuries. This is God’s doing, it is marvelous in our eyes.

Six days later, Jesus took with him Peter and James and John, and led them up a high mountain apart, by themselves. And he was transfigured before them, and his clothes became dazzling white, such as no one on earth could bleach them. And there appeared to them Elijah with Moses, who were talking with Jesus. Then Peter said to Jesus, “Rabbi, it is good for us to be here; let us make three dwellings, one for you, one for Moses, and one for Elijah.” He did not know what to say, for they were terrified. Then a cloud overshadowed them, and from the cloud there came a voice, “This is my Son, the Beloved; listen to him!” Suddenly when they looked around, they saw no one with them any more, but only Jesus. As they were coming down the mountain, he ordered them to tell no one about what they had seen, until after the Son of Man had risen from the dead.