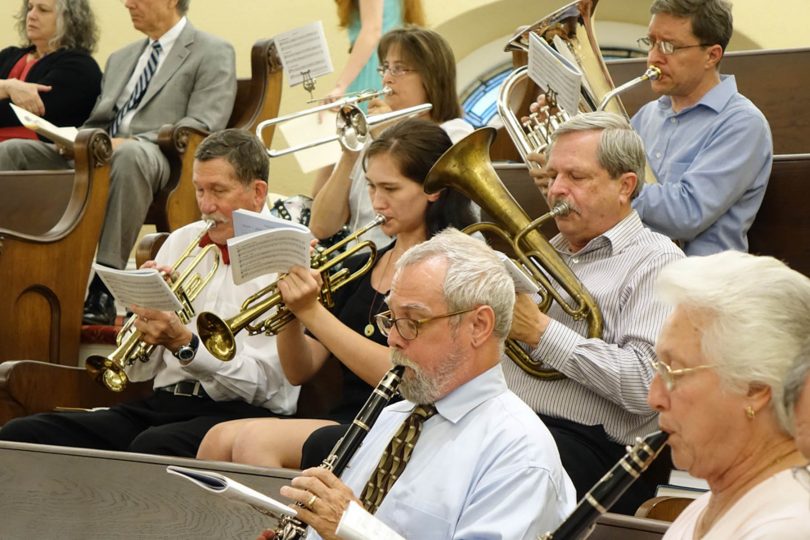 Instruments came to America early with the Moravians; by 1742 Bethlehem had flutes, violins, violas da braccio, violas da gamba, and horns. These instruments were played not by “professionals” but by accomplished amateurs, who enjoyed orchestral and chamber music as well as accompanying vocal solos and anthems for worship. Of the music written by Moravian composers, by far the greater portion is what today is called “sacred” — anthems and solos for liturgical use. However, they did copy and collect thousands of works, vocal and instrumental, by their contemporaries in Europe, for use in worship and in the life of the community. Visitors to the Moravian communities were consistently high in their praise of Moravian musical activities.

Hymn-singing is a large part of Moravian worship, as our hymns express and form our faith. Trombone choirs and church bands play chorales to announce special occasions and accompany singing at outdoor services; some still play from the belfry of their church for special occasions or to announce the death of a church member. 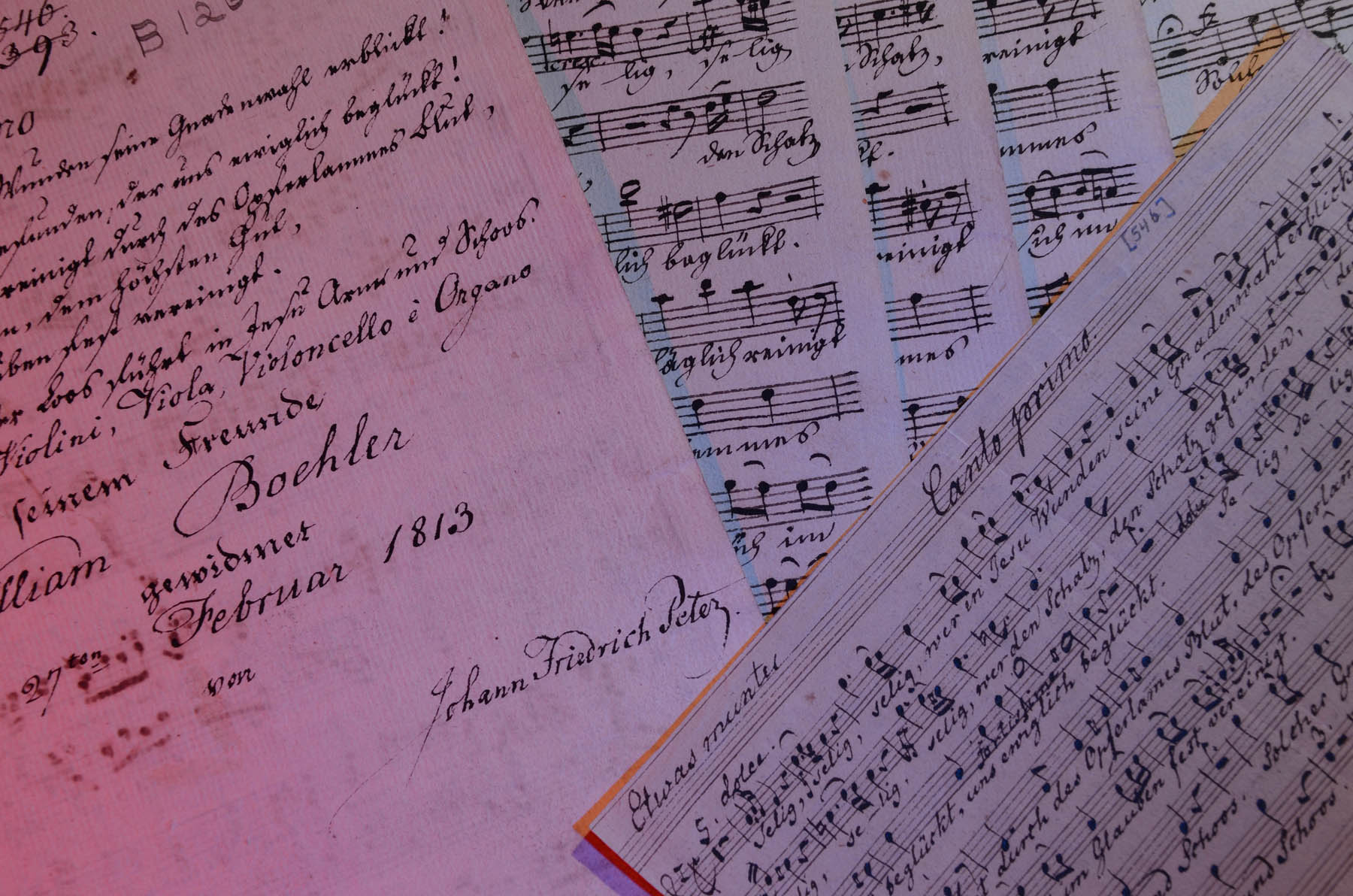 The Moravian musical heritage from our past is an important piece of musical and cultural history for several reasons:

First, because of its craftsmanship, musicality, and sincere portrayal of spiritual values. As written for capable amateurs, it avoids virtuosic display, but it is far from simplistic or condescending.

Second, this music represents the finest body of music written or performed in America during the eighteenth and early nineteenth centuries.

Third, the Moravians performed the best of European music, often prior to performances of the same works in larger American cities. There is no doubt that the Moravians were aficionados of the finest in contemporary music from Europe and America.

The Moravian musical heritage is alive and well in today’s Moravian Church, with lively congregational singing, church bands and trombone choirs, vocal choirs, music education, and community musical groups. Moravian composers are continuing to write music and hymns for today’s needs, and music continues to be a necessity of life.

The Moravian Music Foundation (MMF) was founded in 1956 to preserve, study, edit and publish the music retained in the Archives of the Moravian Church in America, including some 10,000 manuscripts and early imprints of vocal and instrumental music, sacred and secular, from the sixteenth through twenty-first centuries. MMF is responsible for many first modern-day performances of music from the eighteenth and nineteenth centuries. The Foundation publishes vocal and instrumental music, produces recordings, sponsors the quadrennial Moravian Music Festivals, and serves as a resource for church musicians, scholars, performers, and students worldwide.

To learn more about the Moravian Music Foundation, visit www.moravianmusic.org.

Yours, O Lord, are the greatness, the power, the glory, the victory, and the majesty; for all that is in the heavens and on the earth is yours. 1 Chronicles 29:11

There is one God; there is also one mediator between God and humankind, Christ Jesus, himself human, who gave himself a ransom for all. 1 Timothy 2:5-6

Majestic Lord, we worship you with our voices raised for the creation of our world. In your infinite wisdom, you gave your only son to us, an imperfect and sinful people. Through Christ, we are reconciled to you. Amen.