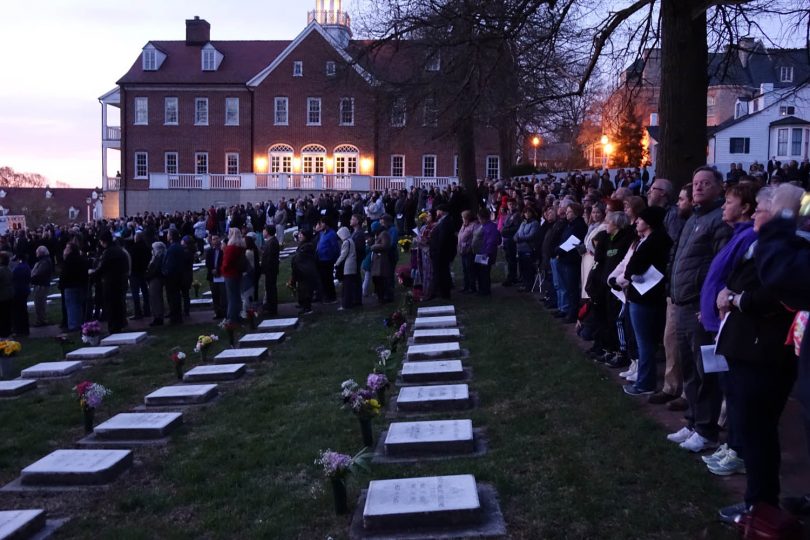 As I continue to pen the “Ponderings” column for each issue of The Moravian Magazine, I notice that fewer and fewer of them are about my Moravian “firsts.” Early on in my editorship, it was fun to write about the new things. My first synods, my first trips to camp, my first Lovefeasts or Singstundes or Moravian conferences all made for (hopefully) interesting reflections on learning about and living beloved Moravian traditions.

This spring, I got to experience a new first, one that I’d been told is a “must see”—the Easter Sunrise service in Winston-Salem. I had heard so many wonderful things about the service, the music, the crowd, the beauty of it all, but timing and distance had conspired against my being there—until this year.

My wife, daughter and I had made the 450-mile trek to North Carolina to spend the Easter weekend with relatives in Durham. Once there, I was so close— less than 80 miles away—and decided this was the year when I was going. I rose quietly as to not wake anyone and was in the car before 4 a.m. for the hour and twenty minute drive. It’s remarkable how enjoyable a drive along Interstates 85 and 40 can be when you essentially have the road to yourself.

I arrived in Winston-Salem and parked at Salem College, just a short walk to Home Church. While walking across the parking lot, I met some other visitors for whom this would be their first service, too. Despite their drowsiness, they seemed excited to be there.

Now, I’ve spent plenty of time in the Old Salem area during my tenure with the IBOC, but I had never seen it so dark…and so crowded! As I approached Home Church, I ran into friends and colleagues, all pointing me in the right direction for the service. Knowing people has its perks; I got access to the Home Church tower for photos, met with the clergy gathered in the sanctuary (including the pastor who would lead this year’s service), received first-hand explanations of what was about to take place, and arranged for a plum spot right in front of the dais where the service would commence.

Alas, I had arrived too late to experience the roaming brass players who spread out into the city in the pre-dawn hours to rouse the sleeping faithful to the sunrise service. Perhaps next time…

The crowd in Salem Square and up Church St. continued to grow as the time to begin the service approached. Each year starts at a slightly different time to coincide with the sunrise, which shifts from year to year based on the date (later when Easter falls early, earlier when Easter falls late.) It’s also precisely timed, as the service is streamed by a local radio station and online (I could have experienced the whole thing from the comfort of home, but it wouldn’t be the same.)

A bell rang from the Home Church tower, and Pastor John Jackman emerged to begin the service with the words we all know so well: “The Lord is risen,” to which the assembled faithful replied “The Lord is risen, indeed!” As the service continued, a band played favorite hymns. At the appropriate point in the service, John, along with other Moravian clergy, led the gathered crowd from the front of Home Church into God’s Acre.

I scooted ahead to find a good spot for photos, and realized that there were bands in many parts of the cemetery. I had read about the antiphonal playing these bands do—one band plays a few phrases from a hymn; the hymn is then picked up by another band hundreds of yards away, then another—but to hear it done was quite astounding. This went on for what felt like 30 minutes as thousands of worshipers quietly filled God’s Acre. People were careful to stay on the brick cemetery paths and not step on the grounds surrounding the freshly cleaned and decorated flat white headstones.

As the sky continued to brighten, pale blue fading to bright orange, then through myriad shades of pink and yellow, the service continued with liturgy and singing. All the bands that had been playing throughout the area combined to form one larger group with the sun preparing to rise behind them.

While my camera was never out of my hands throughout the service, I was really there to participate in this unique, beautiful service. Here was something that was completely new to me, yet a tradition that goes back hundreds of years: the words declaring our faith; the hymns punctuating those declarations; the joy of being with thousands of faithful on this, the most holy of Christian holidays; all on a beautiful (but chilly) spring morning as the sun came up.

I’m glad I finally got to experience what everyone was telling me about. Even though I was hundreds of miles from where I live, I felt very much at home and very in-tune with being part of the Moravian church.

After the service, I ran into more friends and colleagues who seemed surprised to see me there. I think the real surprise was the fact that I hadn’t been there sooner…

I hope you enjoy this issue of The Moravian Magazine. In it, we continue our tradition of featuring the Board of World Mission Annual Report among the pages of the magazine. Each year I work on this, I grow more enamored of the amazing work happening around the globe by this ministry.

As always, I welcome your comments, questions and suggestions. 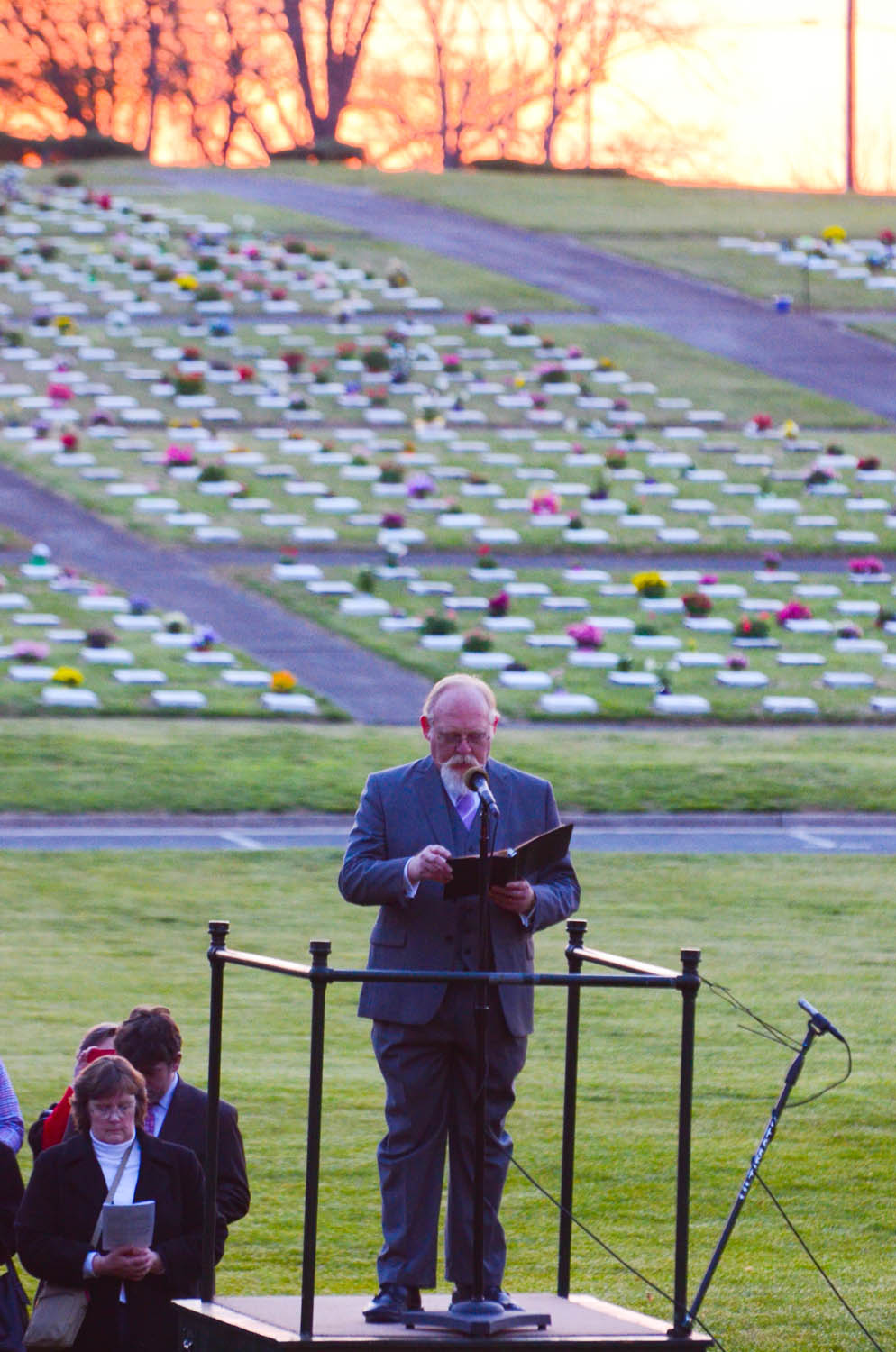