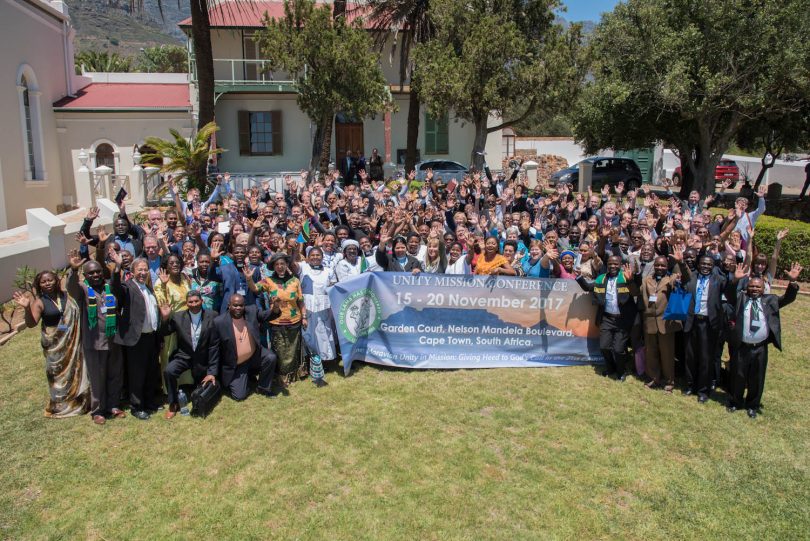 More than 200 Moravians from at least 35 nations gathered together in Cape Town, South Africa from November 15-20, 2017 to share in the Third Unity Mission Conference. This was perhaps the most comprehensive group of Moravians ever to meet together in one place. The first conference was held in Miami, Fla., in 1994 and a smaller conference convened in Herrnhut, Germany in 2001.

The Northern and Southern Provinces of the Moravian Church in America were well represented at the Unity Mission Conference. More than 20 Moravians from both provinces, including a delegation of young Moravians, travelled to South Africa to participate.

The theme of this third conference was Moravian Unity in Mission: Giving Heed to God’s Call in the Twenty-First Century. Bishop Brian Abrahams opened the conference, reminding participants that “we are made for mission.”

In his address to the Conference, Unity Business Administrator the Rev. Dr. Jørgen Bøytler offered, “The aim [of this conference] is to see Moravians from all over the Moravian Unity, who are active in the Christian mission through the Moravian Church, come together for mutual inspiration, prayer and worship, for learning and for identifying the way forward in mission for the Moravian Church, globally and locally in the 21st century.

“It is important to give heed to God’s call to us as a church in our time, in the 21st century,” continued Dr. Bøytler. “It is obvious why we need to be engaged in mission. We have the commandment to mission, given by our Lord Jesus Christ: ‘Therefore, go and make disciples of all nations, baptizing them in the name of the Father, and of the Son and of the Holy Spirit, and teaching them to obey everything I have commanded you. And surely I am with you always to the very end of the age.’ (Matthew 28:18-20).” 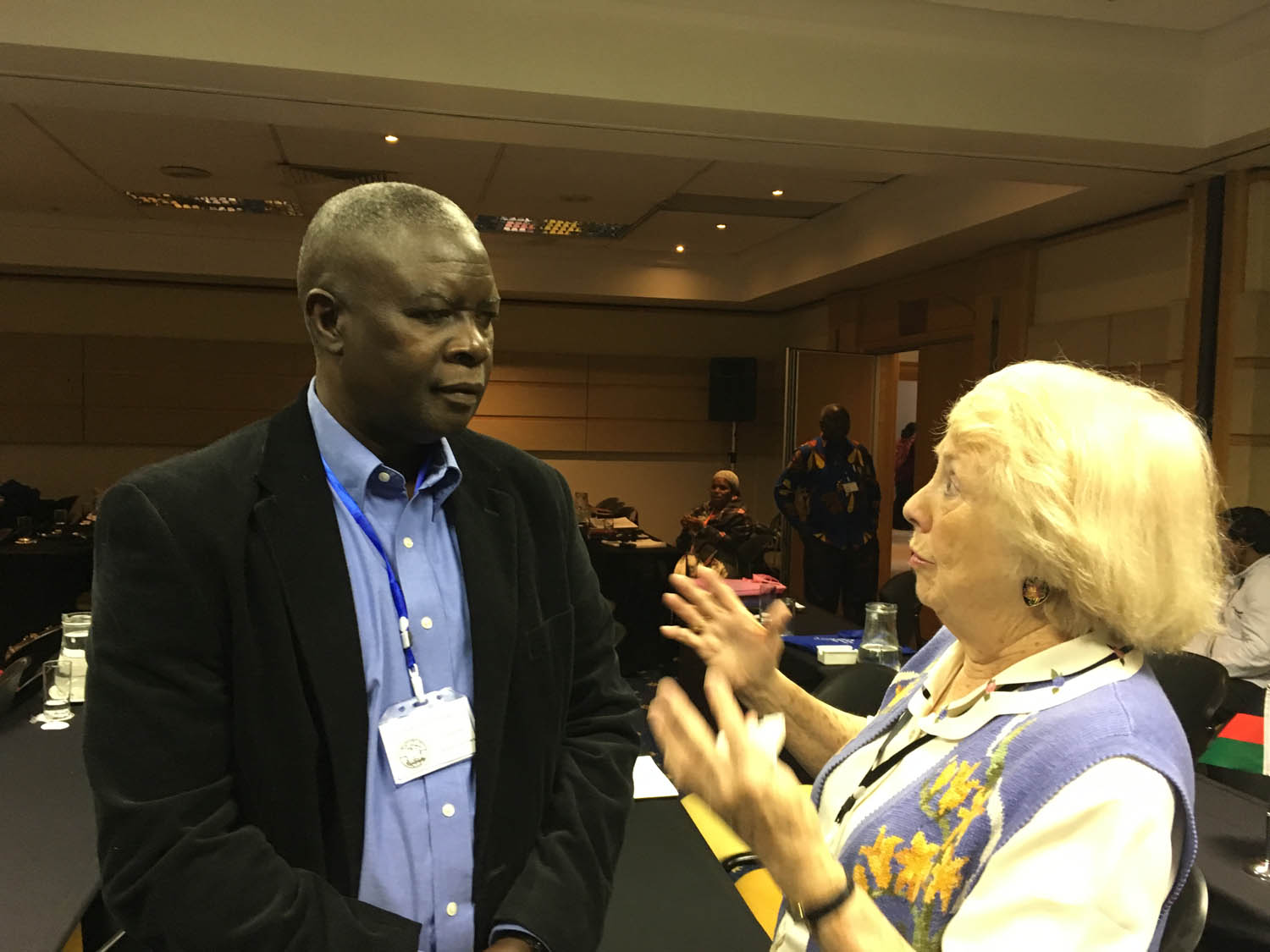 A common comment was that mission is action, not talk. The Rev. Dr. Cortroy Jarvis, president of the Unity Board, challenged us to “put our hand to the wheel.” Keynote speaker, Dr. Daryl Balia, reminded participants that we need to understand the primary role of the local church in mission, and to seek to discern where the Holy Spirit is at work.

During the conference, nine papers were presented, both sharing historical aspects of our mission as well as current initiatives in mission today. Through 11 workshops, participants could dig deeper into topics like refugees, women and youth in mission, sustainable mission models, Caribbean worship experience, contextualized theology, the missional church, mission in the East African context, communicating the Good News, and the World Conference of Churches.

There was also a workshop to discuss a new manual of topics for theological educations in the Unitas Fratrum called Our Moravian Treasures. In development for more than seven years, this new manual serves the goal “to provide basic knowledge about our Moravian tradition and raise the awareness of how this tradition has found diverse forms of expression in different places.” A copy was provided to every participant and all were encouraged to provide feedback for further revision of this document before it is officially published. 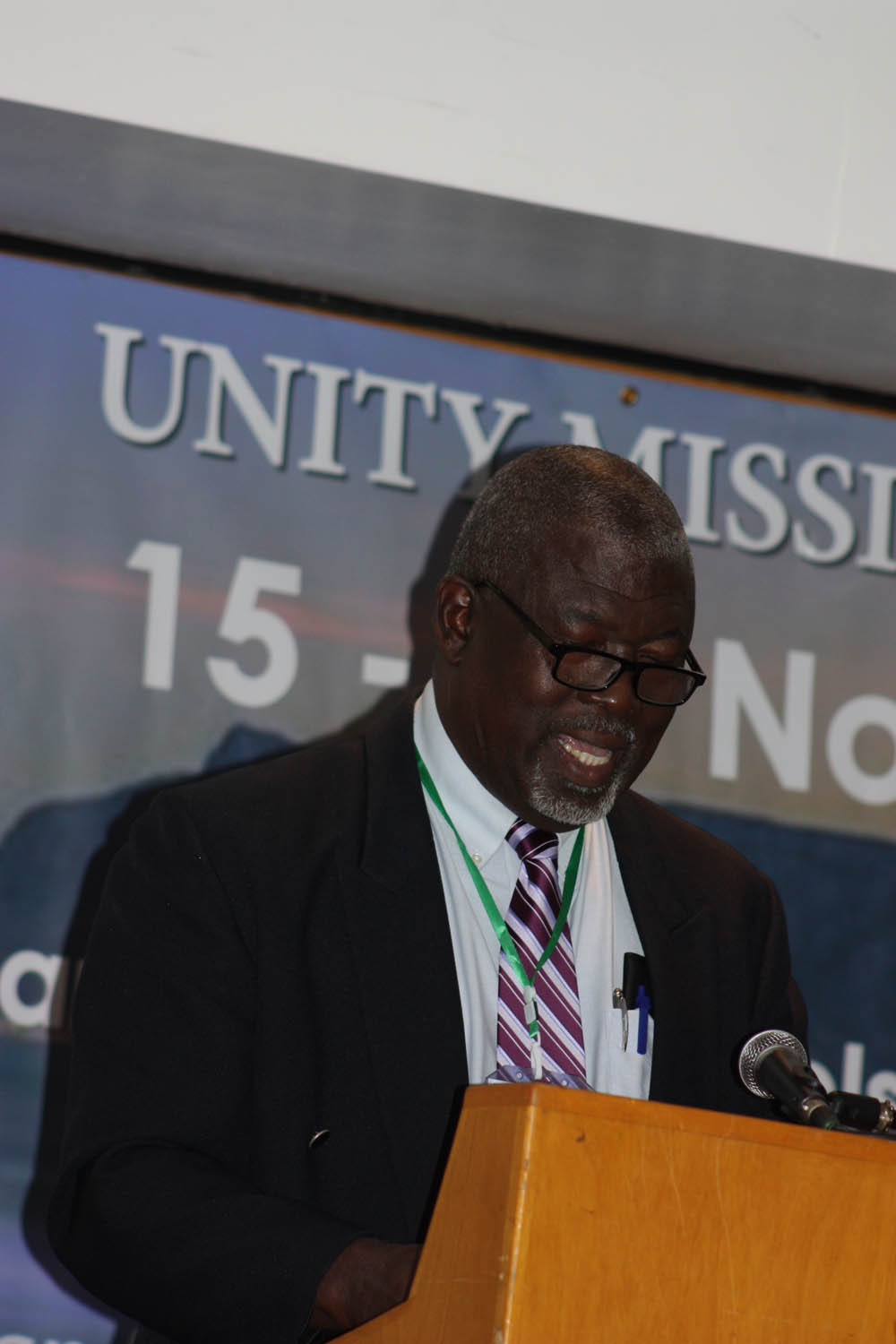 We heard from areas of the Unity going through great difficulty, such as the Congo that has been dealing with war and the displacement of people. A brother and sister from India shared about the significant persecution of Christians there. We received updates on the devastation in the Virgin Islands from the two hurricanes that passed through recently. Sr. Eulencine Christopher stated that despite everything, they are resilient. “We will rise.” (The Board of World Mission has been working with Sr. Christopher to provide assistance.)

We also heard positive stories of God’s movement, as in the Eastern Congo where there are two congregations with the pygmy population. Br. Fabiao Ramos joined us from Angola and found ways to interact with us despite his primary language being Portuguese. 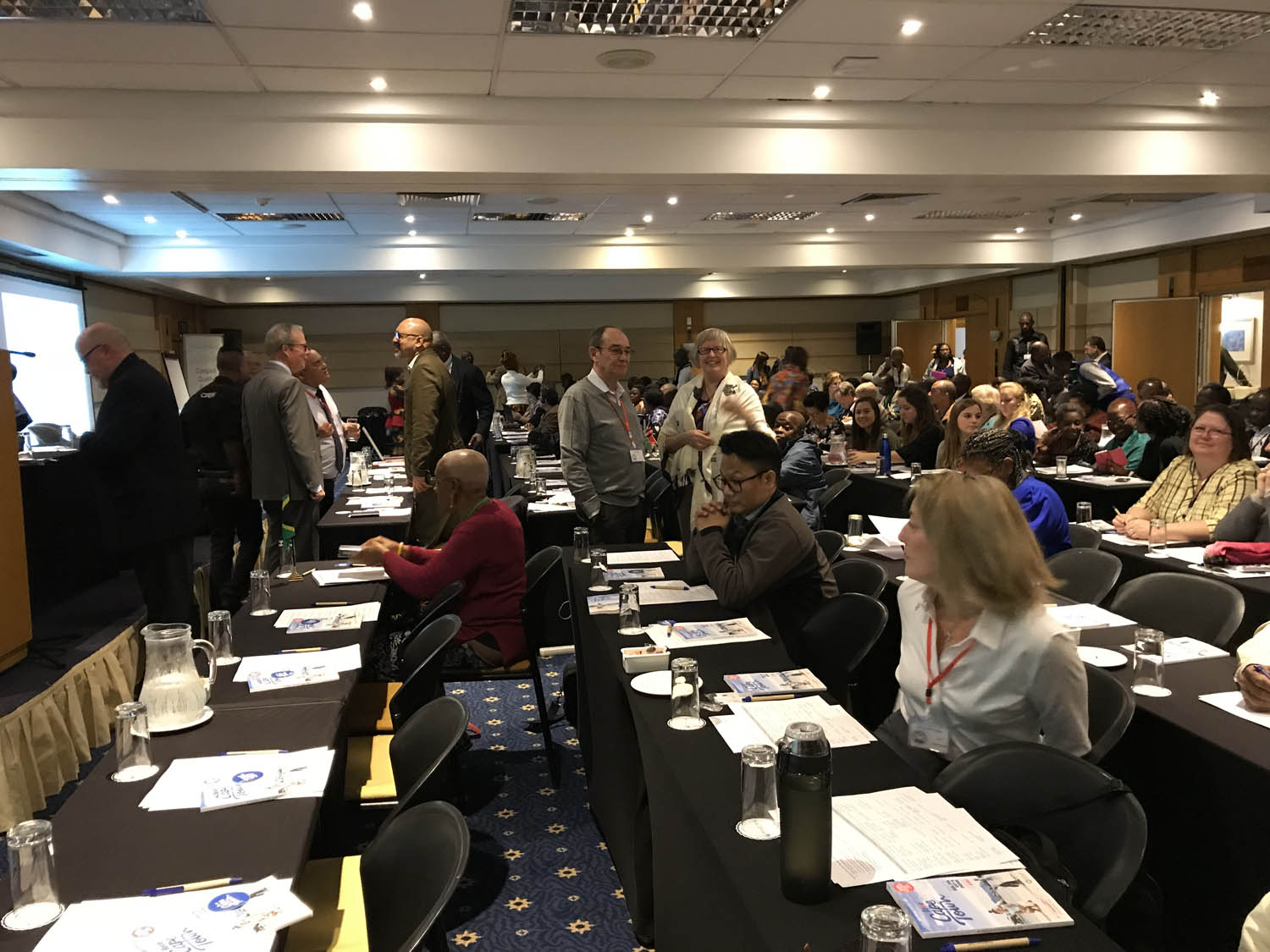 Conference participants also met in small groups to better share their stories and experiences of mission. Groups then brought forth comments and proposals to the full conference. There was a strong emphasis on improved communication throughout the Unity, including more complete translation of important documents into Swahili and Spanish, at the very minimum. Many expressed concerns for youth and women. Methods of moving toward sustainable mission were encouraged, including the development of business models to generate income for the church.

We were encouraged to commit to the mission of the church, while at the same time recognizing that we need to be healthy ourselves first. Participants were also asked to think about what it means to be part of the Unity and to reaffirm our commitment to the Unity. These issues were reflected in the several proposals that came out of the mission conference that will be shared with the Unity Board. In addition, there was a proposal affirming the common curriculum, and a proposal to develop a Unity Mission Agreement—taking us beyond the original Brotherly Agreement. Suggestions were given for edits and a second draft will go out to conference participants to hopefully move toward a document that would benefit the Unity.

I believe all participants would agree that just being together was a true blessing at the conference. There was energy for the work before us and a joy in the sense of unity that we shared. Excursions to Genadendal, Mamre or Cape Town; worshipping at Moravian Hill Chapel in District Six; attending the District 6 museum; and sharing in the Moravian Hill musical afternoon certainly added a wonderful depth to the learnings of the week and the relationships that were developing.

We pray that all participants return to their churches with renewed passion and commitment to the mission of our church, and to our unity in Christ that is foundational to all that we do. Thanks to the many who contributed time and funds to make this meaningful conference possible!

The Rev. Judy Ganz is former executive director of the Board of World Mission of the Moravian Church North America. Photos by Volker Schultz, Justin Rabbach, Betsy Miller and Thomas  Baucom. Group photo on pg. 7 courtesy of the Zeist Mission Society. 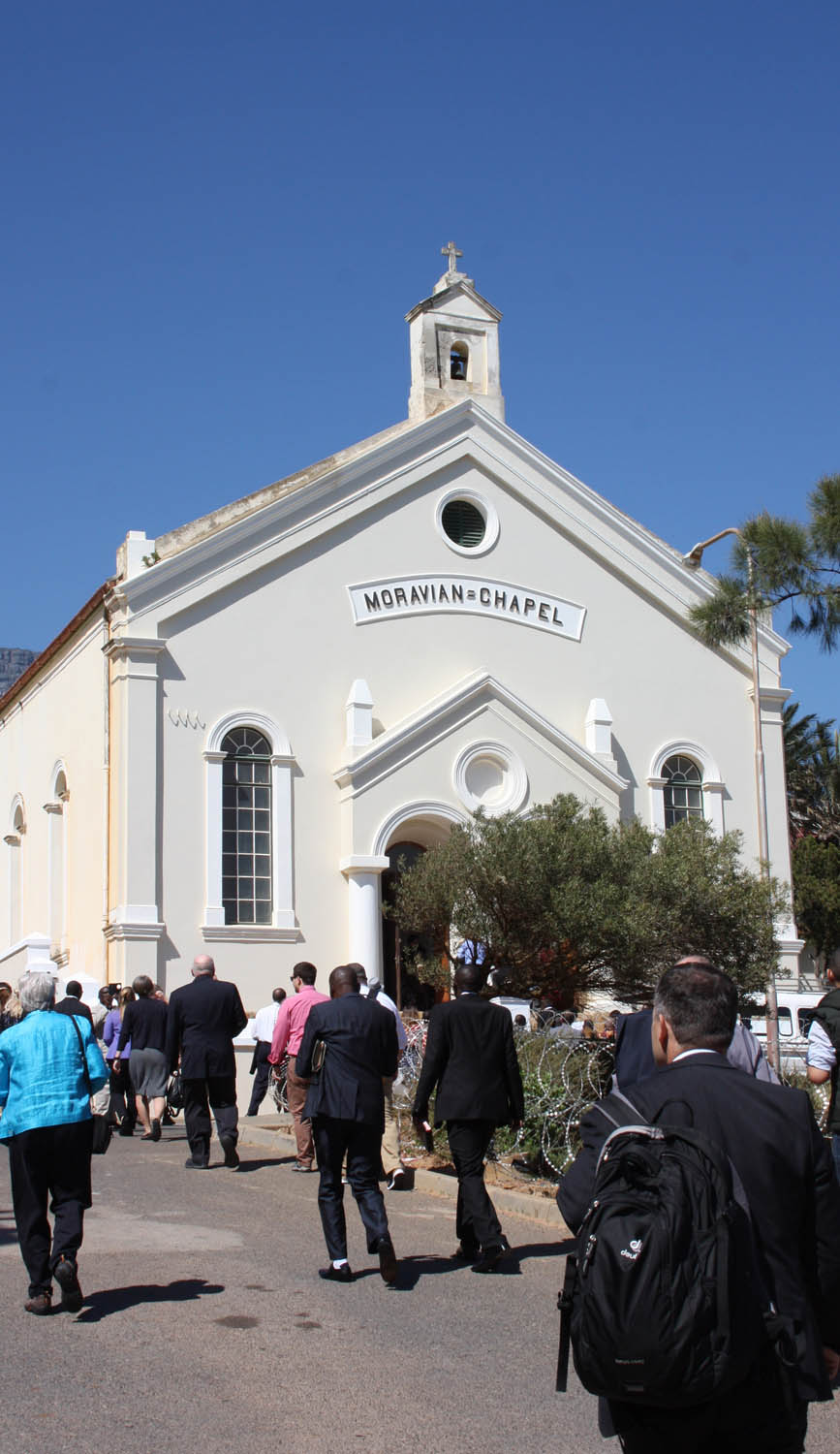 You who live in the shelter of the most high, who abide in the shadow of the almighty, will say to the Lord, “My refuge and my fortress; my God, in whom I trust.” Psalm 91:1-2

And this is the boldness we have in him, that if we ask anything according to his will, he hears us. 1 John 5:14

Defender of the defenseless, hear our prayer. Safeguard the vulnerable in our society from predators seeking to exploit them. Provide a refuge for all who need shelter, grant courage to those who face hardship, and spiritually feed all those in despair. In Jesus’ name, we pray. Amen.