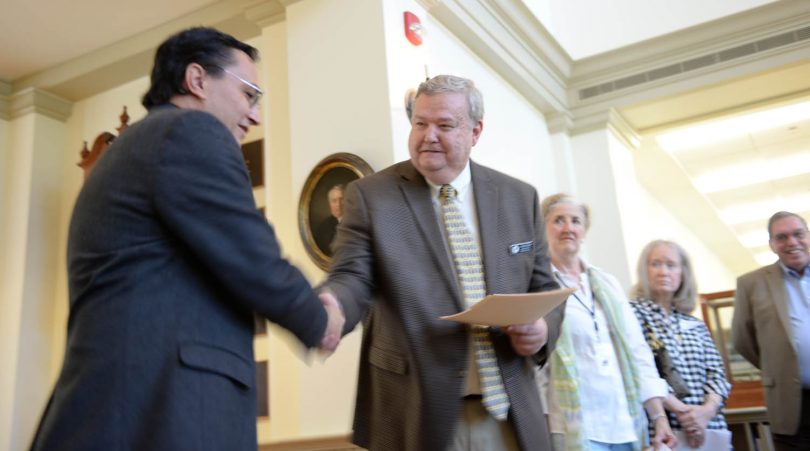 On a wonderful, warm, Wednesday October afternoon at Moravian Archives in Winston-Salem, N.C., a reading room full of invited guests assembled to welcome an official visit by two leaders from the Cherokee Nation in Tahlequah, Oklahoma.

Cherokee Nation Secretary of State Chuck Hoskin, Jr., and the Honorable Jack D. Baker, a former at-large councilman for the Cherokee Nation (2006-2017), presented the Archives with a check for $25,000 to support the publication of additional volumes of the book series Records of the Moravians Among the Cherokees.

Secretary Hoskin, on his first visit to Salem, expressed his appreciation for the partnership between the church’s archives and the Cherokee Nation. “I am proud of the history of our people and our culture, and the strength we have shown through difficult times. But I am also grateful for the friends we had along the way, who stood alongside us. The Moravians have been our friends, and helped our people prepare for change and survive it.” Hoskin also presented each of the three Moravian archivists in the room with original Cherokee artworks, then inspected the process and some of the materials used in creating the book series. 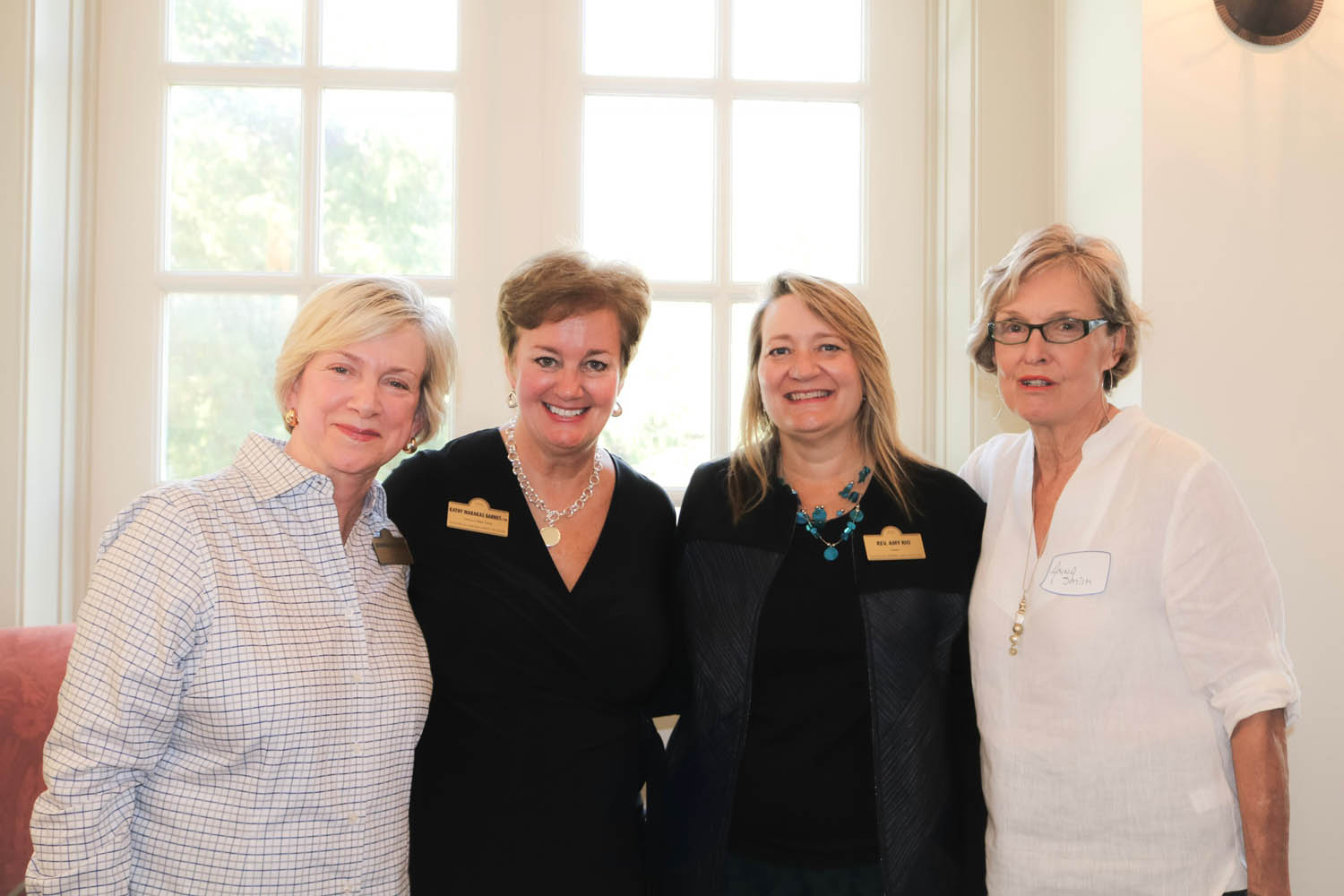 The Records: Cherokees volumes present perhaps the earliest, longest-running account of daily life in the Cherokee Nation. The records span from 1801—the beginning of the Moravian mission at Springplace, in today’s Georgia— through the Trail of Tears in 1838, and up until the Civil War and beyond.

In diaries, letters and reports, Moravian missionaries noted the events, momentous as well as routine, that affected them and the Cherokee people. The Moravian Archives in Winston-Salem is compiling these volumes with the principal support of the Cherokee Nation in Tahlequah, with additional funding by the Eastern Band of Cherokee Indians, the Cherokee Moravian Historical Association, the Wachovia Historical Society and Friends of Moravian Archives.

The return of Jack Baker to the Archives was a welcome sight that day for Moravian Church member and Salem College alumna Anna Smith, who together with Baker in 2005, founded the Cherokee Moravian Historical Association, in part, to get more attention to the Archives’ unpublished trove of Cherokee materials. Baker, who first visited the Archives in 2003, has long been interested in Cherokee history. He is president of the Oklahoma Historical Society, Inc., and serves as president of the National Trail of Tears Association.

Anna Smith has an entrepreneurial spirit, having founded Ego Hour, a successful multi-outlet hair design salon. Her ancestor, Chief Charles Renatus Hicks, was one of the first converts of the Moravians. She has done considerable research on the 11 Cherokee girls who attended Salem Academy. She also became interested in the story of a slave named Pleasant, who had served at the Mission for many years. Pleasant’s tombstone had been discovered during restoration work at the original St. Philips Moravian Church site in Salem in the early 2000s. Smith read Moravian Archivist C. Daniel Crews’ booklet Faith and Tears about the Moravian-Cherokee connection, and knew there was more about that relationship that needed to be told.

Archivist Crews approached Smith and Baker and asked if the Cherokee Nation would be interested in getting all the Cherokee materials translated from German and published for a $25,000 per year contribution. Crews and Assistant Archivist Richard W. Starbuck would each spend two days per week on the project with an estimated value of $50,000 per year to get the first volumes of materials ready for publication. A five year agreement was signed by both the Cherokee Nation and the Eastern Band of Cherokee Indians so that each of them provided $25,000 per year for the five years. The Cherokee Nation has continued their annual contribution since the expiration of the agreement so that the project could continue. Since 2008, the Archives’ Cherokee Fund, started at the instigation of Smith and Baker, has collected over $360,000 in contributions to produce the Records: Cherokees series.

In 2005, Georgia State Archeologist David Crass, with help from a student team, surveyed the site of the first Moravian mission at what is now the Chief Vann House State Historic Site in Chatsworth, Georgia. Archaeologist Ken Robinson, now assistant director of Corporate and Foundation Relations at Wake Forest University, told an evening reception crowd at Anna Smith’s, following the Archives visit, that Wake students found the footings of the old mission house by comparing results from ground radar with a map of the mission site found in the Winston-Salem Moravian Archives. “But we kept running into these large quartz crystals,” he said. “They were everywhere.” After a while the reason for the nickname for the historic site became clear. “That’s why they called the place ‘Diamond Hill’ – all those crystals!”

Thanks to the leading support of the Cherokee Nation, the Moravian Archives in Winston-Salem can keep unearthing and publishing new treasures from its vault.

And what of the latest volume (number seven) covering the years 1825 through 1827? Editor Richard W. Starbuck tells us that “Sequoyah’s Cherokee alphabet has come to church services, and there are fresh converts at the Moravians’ missions. But sale of nearby Creek Nation lands has ripped apart trust in that community, and the deaths of Cherokee and Moravian leaders in those years create uncertainty for the future relationship of the two communities.”

Note: This article is updated from the print edition of The Moravian. 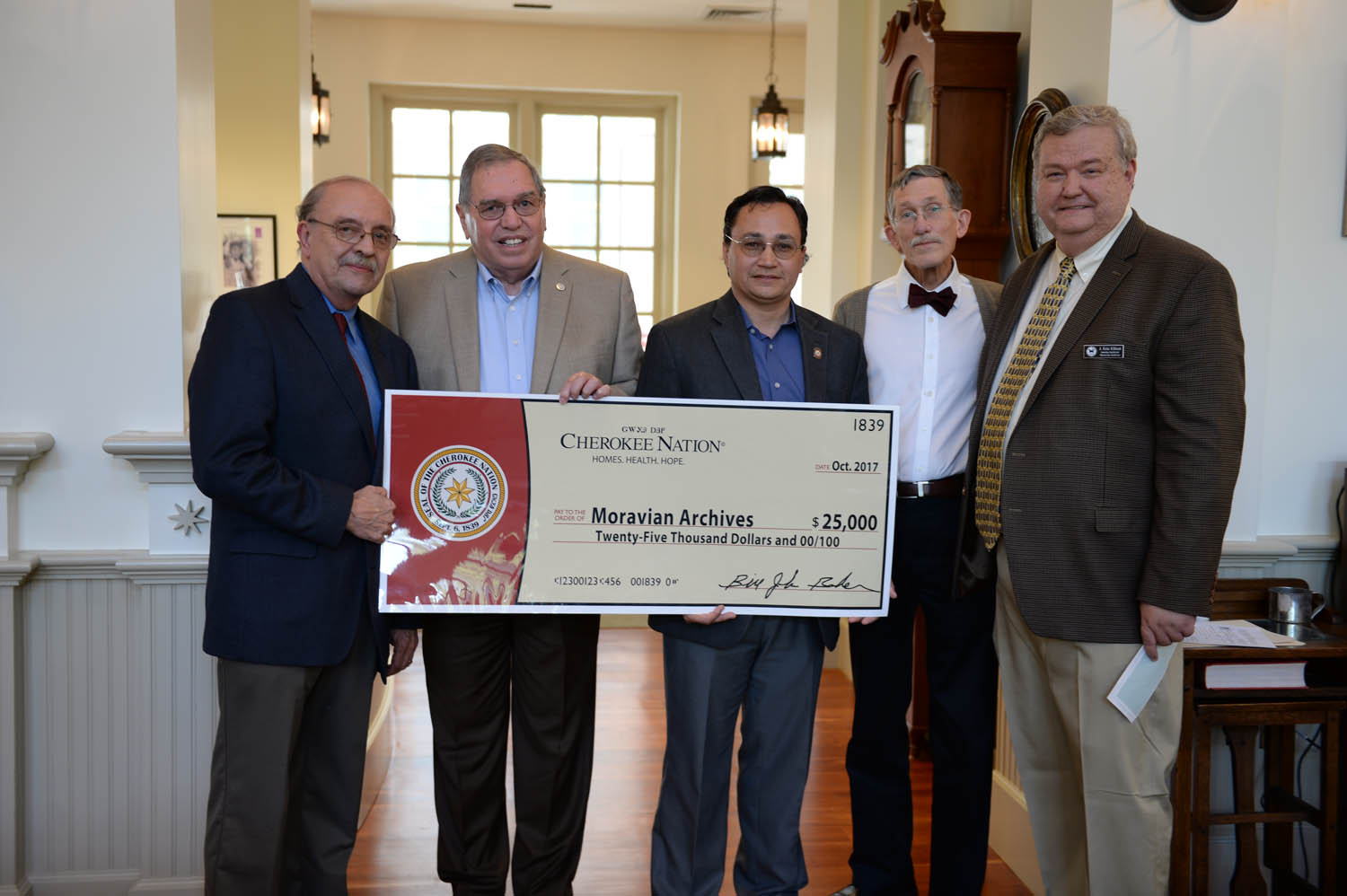