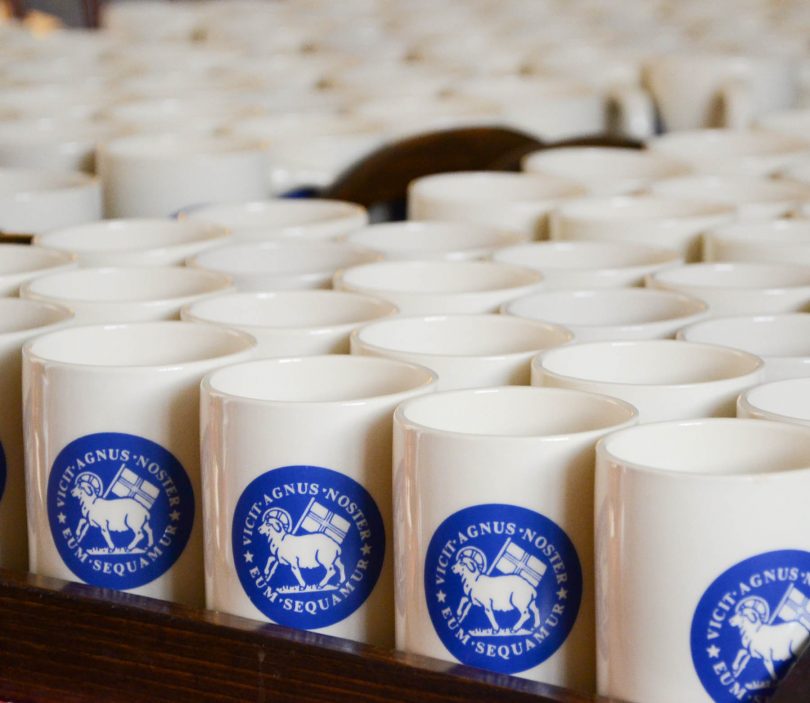 The Unitas Fratrum and Its Congregations

The Unitas Fratrum was called into being by God as a Church which stresses fellowship. After its apparent destruction in the land of its origin, it was renewed in Herrnhut, Germany.

We recognize that it is the Lord’s will to confront and call to Himself each individual through His Spirit and that formal membership in a congregation is for no one a substitute for a personal encounter with the Savior, nor does it relieve any from making a personal decision to accept Him. We learn from the Scriptures however that it has pleased God to make the Church the place where God’s fellowship with men and women becomes a reality. A living Church is the clearest witness for its Lord to the world.

A Church is and remains a living one when it:

* is attentive to God’s Word,

* confesses its sins and accepts forgiveness for them,

* seeks and maintains fellowship with its Lord and Redeemer by means of the Sacraments,

* places its whole life under His rule and daily leading,

* ministers to its neighbor and seeks fellowship with all who confess Christ,

* proclaims to the world the tidings concerning the Savior,

* awaits wholeheartedly the coming of its Lord as King.

Within each congregation the various groups may become aware of, and participate in, the special gifts and tasks which can be drawn from the pattern of Jesus’ life on earth.

Such congregations are “living stones” out of which the Lord will build His Church on earth.

Wherever such congregations exist in the various parts of the Unitas Fratrum they form a living Church — a member of the body of Christ on earth.

Communicant members of the Unitas Fratrum are those who have been received in one of the following ways:

* baptized and received into communicant membership by confirmation,

* received from other Christian churches by Letter of Transfer and by the Right Hand of Fellowship,

* received by reaffirmation of faith.

The Vocation of the Unitas Fratrum and Its Congregations

The Unitas Fratrum lives by the gifts which the Lord has given His Church on earth: His Word and the Sacraments of Baptism and Holy Communion. Its vocation is to proclaim His Word to its congregations and to the world and to administer the Sacraments aright.

The Unitas Fratrum considers it to be its mission to emphasise especially the following truths from the fullness of the Word of God:

* the word of reconciliation as God making peace with His whole creation (1 John 2:2);

* the word of personal union with the Savior as the vitalizing and molding power of the believer’s life (John 15:5);

* the word of love between one another as the fellowship of members brought about by Jesus Christ, the Head of His Church (Eph.4: 15, 16).

Baptism into the death of Jesus is administered in the name of the Father and of the Son and of the Holy Spirit in the presence of the congregation. Customarily in the Unitas Fratrum children are baptized and later received by confirmation into the communicant membership.

In the celebration of the Lord’s Supper, the congregations of the Unitas Fratrum have the assurance of being united with their Lord, enjoy the fruits of His sufferings and death for the forgiveness of sins, unite with each other anew as members of His body, and rejoice in the hope of His return in glory.

From its beginning the Unitas Fratrum has emphasized fellowship among its members. It recognizes its calling to preserve this gift both by united adoration, self humiliation and intercession, and by ordering its life and service:

* as a fellowship within the congregation and with the Unitas Fratrum,

* as a fellowship with the Universal Church of Christ on earth,

* as a fellowship with the Church Triumphant before the throne.

As a fellowship of the redeemed it extols the Lamb with joyful song. As a fellowship looking to the future it proclaims to the world the victory of Him who is to come. In the liturgical form of its services the Unitas Fratrum gives expression to its union with the whole Church of Christ on earth, and as a living fellowship it will create ever new forms within the framework of its own tradition.

In this fellowship the Unitas Fratrum has received a new and transformed congregation life,

* in which Jesus Christ is Lord of every phase of life,

* in which we live no longer unto ourselves but unto Him who died for us and rose again,

* in which we rejoice in the hope of His glorious return,

* in which the congregation and its members are willing to share the sufferings of Christ.

We recognize our responsibility to the civil authorities in so far as human law does not contradict the “government of the Savior.”

The life in the congregations of the Unitas Fratrum is not the fruit of its own piety but of the love of Christ which constrains those who are His to love one another.

The new life of the congregation is nourished by the cure and care of souls and the exercise of congregational discipline.

Though the cure and care of souls is the special task of the ministers and their fellow-laborers, every member who has experienced the saving love of his Redeemer is called to undertake this service.

In Church discipline the sins and errors of the individual are considered and borne as the burden of the whole congregation. The congregation stands beside the erring one under the judgment of the Cross, ever mindful of its own need of forgiveness and brings the fault before the only One who can redeem us from our guilt.

Church discipline is exercised in the confident faith that it is not the Lord’s will that a single member should be lost, nor that the clear witness of the congregation should be hindered. This discipline is especially necessary when by word or deed the gospel is falsified and the Lord denied. Therefore the main object of Church discipline is the prevention of offenses and not the punishment of the individual.

In the exercise of corrective discipline the following aspects are recognized:

* admonition by the minister, either alone or in fellowship with other members (church council, elders, etc.) in private, in a spirit of love;

* further admonition with temporary suspension from the fellowship of the congregation as it is visibly expressed in certain privileges;

* exclusion from the membership of the congregation;

* persons who are excluded shall be welcomed back into the membership of the congregation after a profession of repentance on their part.

The Unitas Fratrum recognizes the priesthood of all believers but also has specially appointed ministers who receive commission and authority for their service from the hands of Jesus Christ, whom the Church acknowledges as its Chief Elder. All members may gladly and confidently carry on their work in and for the congregation, and by their devotion and faithfulness all can render service to the whole Church.

At the same time the Unitas Fratrum gratefully acknowledges the gift of the offices of the ministry which it has received from the Lord. It recognizes and confesses that in reality it is its Lord and Head, Jesus Christ, who calls and ordains, whether in the case of the reception as an acolyte or the ordination to the office of Deacon, or the consecration as a Presbyter or Bishop.

The same is true for the brethren and sisters who are called or elected to service in any official capacity. They can render their service well only through the grace of their Chief Elder.

The Witness of the Unitas Fratrum

The Unitas Fratrum is committed to the unity of the children of God as a reality created by God in Jesus Christ. This unity has been granted and preserved within it as a Church formed out of various peoples, languages and denominations. Its very life, therefore, is to be of service to the Church Universal.

The Unitas Fratrum is committed to the victory of the Lamb of God who was slain as the hope of the world. It accepts as its central commission the proclamation of this message in every place where the Lord Himself opens the door.

The Unitas Fratrum acknowledges its vocation to service in the homelands:

* to bring the gospel to those who are far from God;

* to serve the youth by means of schools, camps, and other agencies;

* to serve in caring for the sick, for the aged, and for those in special homes;

* and to serve by means of the printed word, especially the Daily Texts of the Moravian Church.

The Unitas Fratrum experiences in its missionary enterprise active help from wide circles throughout all evangelical Christendom through prayer, gifts, and individuals ready to serve. In this way also the unity of the children of God becomes visible.

The Unitas Fratrum appreciates the inestimable value of each human being for whom Jesus Christ gave His life and counts no sacrifice too great to “win souls for the Lamb.”

The Unitas Fratrum recognizes that its members are united by their Lord in congregations and are called to be pilgrims and messengers to carry the gospel to all people and into all human relationships. The “first fruits” of their witness are the pledge of the whole harvest.

The Unitas Fratrum recognizes its duty to grant the young churches full freedom concerning the future. God’s Spirit must and will show them whether to remain a part of the Unitas Fratrum as a province of the Unity, or to become a self-dependent church, or to unite with some other indigenous church or church group.

The Unitas Fratrum looks beyond this earthly witness of the Church to the great consummation when the Lord will “draw all people unto Himself” and His Kingdom be fully established.