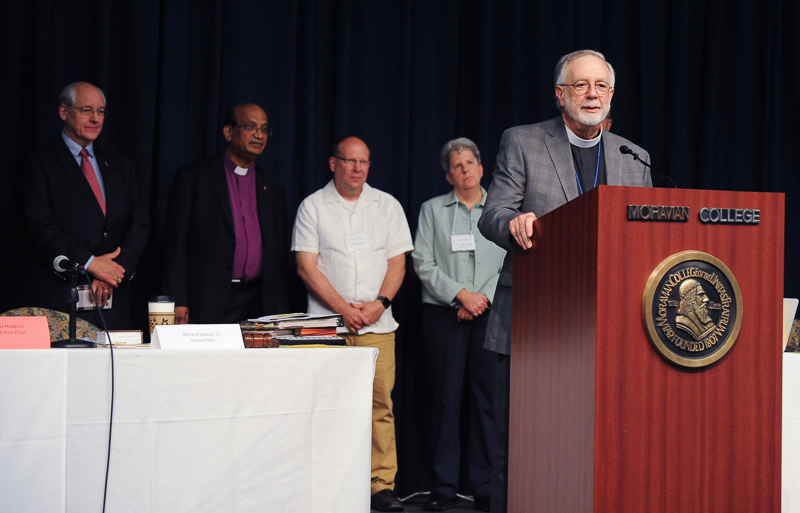 The full communion agreement, which was initially approved by the UMC at their General Conference in Portland, Ore. in May 2016, recognizes each other’s ministries and encourages witness and mission work together. The agreement was also approved by the Moravian Church Southern Province at its 2018 Synod in April.

The full communion agreement was the result of several years work by the Moravian United Methodist Dialogue team. The team was co-chaired by the Rev. Gary Harke of the Moravian Church and New England Area Bishop Sudarshana Devadhar of the UMC. Other members of the team included the Rev. Dr. M. Lynnette Delbridge and the Rt. Rev. J. Christian Giesler representing the Moravian Church (Northern and Southern Provinces), and Prof. Dr. Ulrike Schuler and the Rev. Dr. Robert Williams representing the UMC.

To be in full communion with our United Methodist brothers and sisters means that we mutually recognize and value the diverse gifts present in each church; respect each other as part of the body of Christ in the world today; commit each church to cooperate in common ministries of evangelism, witness and service; recognize the validity of each other’s sacramental life and ministerial orders, allowing for the transfer of membership and the orderly exchange of clergy (subject to the regulations of church order and practice of each church); and commit each church to continue to work for the visible unity of the church, recognizing that this relationship of full communion is but a step toward the unity to which we are called.