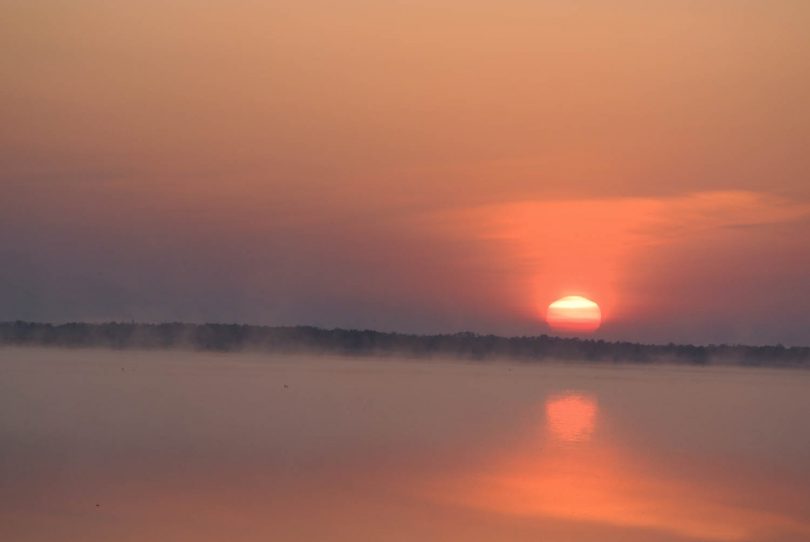 Over the past several years, small groups at six Northern Province congregations have been focused on spiritual listening – noticing God at work in people’s lives, sharing their thoughts and listening with their hearts.

These new “Spiritual Companioning” groups grew out of a 2014 Northern Province Synod resolution directing a Spiritual Formation Task Force to provide a definition, guidelines and leadership training for listening groups in churches. Since then, ten groups at Good Shepherd Moravian and Christ Moravian in Alberta; Wisconsin Rapids Moravian in Wisconsin; and College Hill, East Hills and Lititz Moravian Churches in Pennsylvania have formed their own Spiritual Companioning groups.

“The goal of this experience is simple: to create a safe, sacred space where people can share their life journey and listen for God’s movement in their lives,” explained the Rev. Rick Beck, pastor of Good Shepherd Moravian Church in Calgary, Alberta, when first introducing this idea in the September 2015 issue of The Moravian Magazine. “It sounds simple enough until our humanness gets in the way. The human tendency is to preach, teach, counsel, fix, advise or launch into a similar story from our own experience—none of which are a part of spiritual listening. Spiritual listening is about noticing God at work in people’s lives. It’s about listening with your heart. The challenge is holding in balance our passion for God, our compassion for people and our willingness to get out of God’s way. In short, it’s about trusting and living in God.”

“The Moravian Church shared an expression of this in the eighteenth-century choir system when members of the community were grouped according to gender and marital status. In these groups spiritual needs were addressed,” continued Rick. “It should be no surprise that we might look to our heritage to claim a renewed expression of this practice.” The task force studied the work of former Northern Province assistant archivist Lanie Yaswinski called, “Experience of Twenty-first Century Choir Bands” to help educate their spiritual companioning efforts.

“As we care for our own spiritual needs, not only does our passion for God and compassion for people grow, but also our willingness to get out of God’s way reveals the greater things of Christ,” said Rick.

“Anyone who has been on a faith journey and has a desire for a deeper relationship with God will benefit from a Spiritual Companioning group,” said Bertie Knisely, who helped start two groups at East Hills Moravian. “In addition to a desire to draw closer to God, someone who joins a group like this needs to be willing to share about what is happening in his or her life; prayerfully listen to others in the group as they share; observe confidentiality; and make attendance to group meetings a priority.”

“Those who yearn for a deeper, closer walk with the Holy and time for finding God’s action in their own lives might consider this type of group,” explains Peg Greiner, who helped start groups at Lititz. “Anyone who wants the community of a spiritual group of peers, with quiet prayer and personal reflection time but without cognitive study, lecture or dialogue, would appreciate this type of group, as will those who yearn for a safe space to be authentic before God and others, would benefit.”

“The goal of the group is to become a companion to each other’s spiritual walk,” says Gloria Svilpis from Christ Moravian. “Those who might be drawn to a group like this are those who are comfortable with silent reflection and with introspection and prayer. They also have to feel some comfort with the group, a trust, to be willing to share personal experience, particularly the struggles. Confidentiality really needs to be maintained and advice giving needs to be avoided. Group members may need to be gently reminded of the need for confidentiality and the avoidance of trying to fix it. This is God’s work in God’s time.”

Those who’ve started Spiritual Companioning groups at their churches have found that the personal invitation is the best way to gather those willing to experience this kind of spiritual group. “The most difficult issue was explaining what a Spiritual Companioning group (SCG) was and what it was not, then finding a group of individuals who were willing to join such a group,” said Peg. “It was difficult to find persons wanting this deep spiritual walk and silent prayer in a companioning group. There was curiosity to bulletin announcements, but it took personal invitation for the first groups to form in the congregation. We are hoping that word of mouth will make this easier to spawn more groups.”

“For our first group, I personally approached members of the church who either were recommended by our pastor or who we knew were drawn to contemplative spirituality,” said Bertie. “For our second group, we tried placing an ad in the bulletin and in the newsletter. Members of our first group also spoke to the congregation about their experience of being a member of a spiritual companioning group. However, only one person responded. It wasn’t until I personally approached other people recommended by the pastor that each person said yes.”

“The hardest part of facilitating a SCG is to manage the habit of chatting or offering fixes for other people’s struggles,” said Peg. “Both interrupt the invitation to let the Holy Spirit guide, teach and heal. This type of quiet gathering and prayerful listening comes with gentleness, grace, time and trust in the process.” 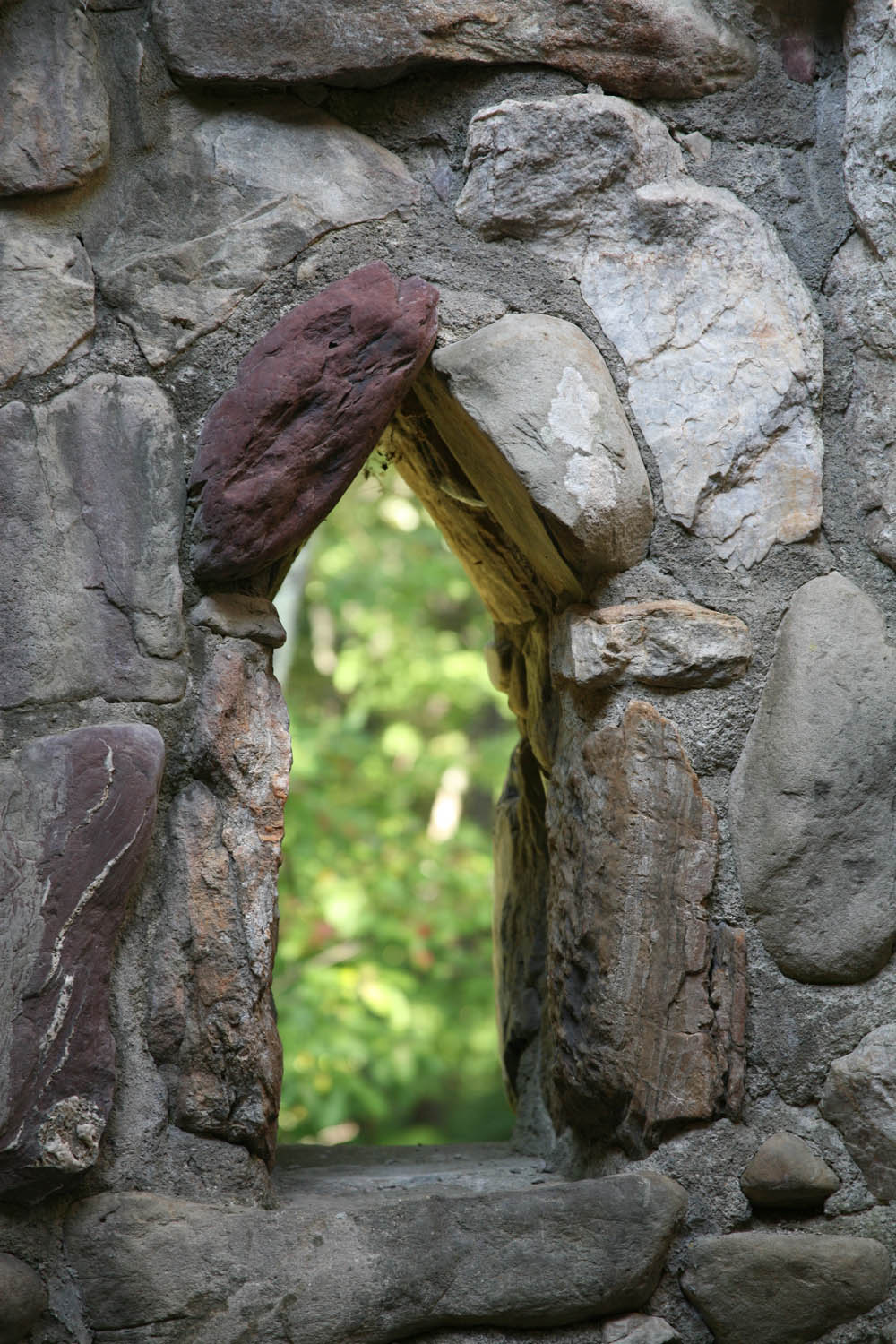 “Being a part of a spiritual direction group has broadened my Christian experience in many ways,” says Shirley Klockow, a member at Good Shepherd Moravian in Calgary. “I have learned to listen—just listen—to other peoples’ stories without feeling that I have to solve anything or give advice. And I have learned to share some of my own story, some of my personal thoughts, fears, opinions that I wouldn’t feel able to in another setting. My group has become a safe place to do that.”

“Hearing other people’s stories is encouraging in a couple of ways. They can give me courage to carry on and encourage me to have faith in myself and in others. Sometimes I learn that others, who seem to have it all together, are struggling just as much as I am. They have doubts, fears, heartaches as well, and it is comforting-—not in a ‘misery loves company’ kind of way but in a ‘sharing the load’ kind of way.

“And as for strengthening faith, I think anything that expands our thinking and our acceptance of others’ ideas also expands our faith in a God who loves each of us equally despite our differences and our shortcomings,” continued Shirley. “It becomes one more step in realizing that although we are all on different paths in our daily lives, we are all sharing the journey and are heading in the same direction. My group has confirmed and strengthened that belief.”

“For me, our time together is like finding calm in the midst of a storm,” says Peg. “When I asked for one or two words to describe what the Spiritual Companioning Group was like for them, individuals offered the following: ‘Peace;’ ‘Restoration;’ ‘Sanctuary;’ ‘Safe Place;’ ‘Unity;’ ‘Intimacy;’ and ‘Not cognitive but spiritual.’”

Members from East Hills shared: “The group has been my anchor;” “Although God is active in our lives outside our group, when we are together sharing in our group we become more aware of God at work in our lives;” “When I move into our circle (our group), I also look toward the Light;” “I don’t know what I would do without our group;” and “When we are in our group, we are many colored parts of a greater whole.”

Members from Christ Moravian agreed. They shared that when in a Spiritual Companioning group, it’s not about being so busy; it’s understanding silence as prayer, and having time to reflect and take time to listen to—and for—God. It’s a chance for things to come to you that you wouldn’t have an opportunity for in day-to-day situations, and it’s being intimately part of the body of Christ as we share about experiencing God.

If you are willing to start such a group but doubt your own abilities or experience, help and support is available through the Spiritual Formation Task Force representatives in each district.

To learn more about Spiritual Companioning and starting a group at your congregations, contact the Spiritual Formation Task Force representative in your district:

From Issue 7 of the 2017 Moravian Magazine