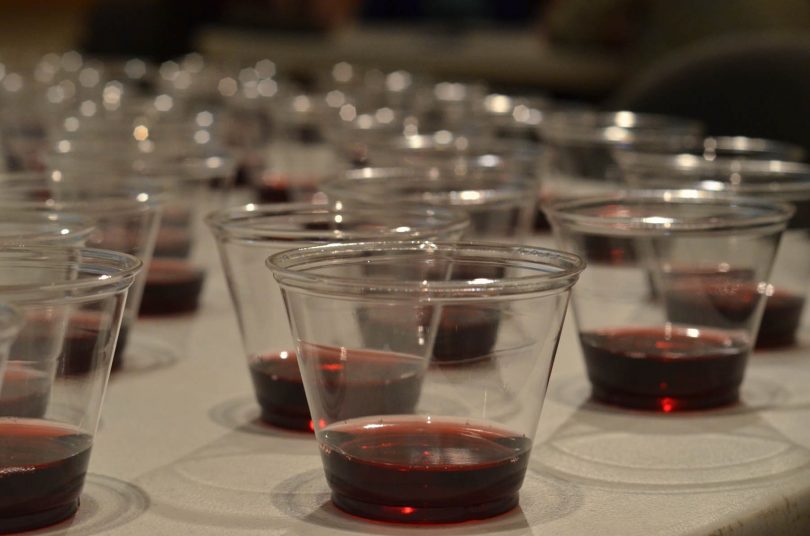 In her spiritual memoir Take This Bread, Sara Miles begins with the account of her first communion. She was forty-six years old; until she ate the bread and drank the cup of that communion meal, she had lived a “secular life, at best indifferent to religion.” Her first communion meal was her moment of conversion to a life of Christian discipleship.

Miles writes, “Eating Jesus, as I did that day, to my great astonishment, led me against all my expectations to a faith I scorned and work I’d never imagined.” Through that encounter with Christ, she realized that the work she was being called to in life was feeding people through the creation of food pantries.

It stopped me in my tracks when I first read it: “eating Jesus.” It made me uncomfortable.

Yet it was in eating real food, bread and wine, that Sara Miles was struck with a spiritual awakening. Through it she understood Jesus as the Bread of Life, who feeds people and who called her to do the same. She had to consume the Bread of Life, literally and figuratively, to understand the life she could have through him.

The disciples didn’t like the thought of “eating Jesus” either. Jesus told them, “I live because of the Father, so whoever eats me will live because of me” (John 6:57). This teaching of Jesus offended them. Some of them quit following him. The twelve stayed. Later, after his resurrection, Jesus told his disciples, “Feed my sheep.” (John 21:17). Once they ate the bread of life, they were called to feed it to others.

I met Sara Miles once, and she signed my copy of Take This Bread. She wrote, “Many blessings on your work feeding people.”