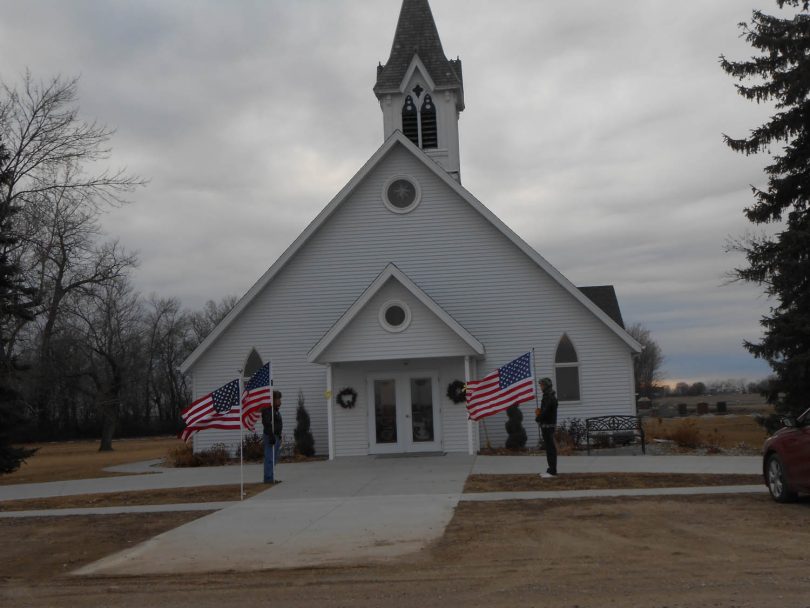 They say that Christmas comes just once a year. On March 20, 2015, Christmas Eve came again to the Goshen Moravian Church in Durbin, N.D.

One of our own church members, Sergeant Michael Jahnke, serving in the U.S. Army, recently returned home from a nine-month deployment to Kuwait in support of Operation Spartan Shield. Michael’s family decided to celebrate Christmas as a family on March 21. When the women of the church found out about this, they decided Michael also needed to have a Goshen Moravian Christmas Eve Candlelight service.

This service turned out to be not only a church family affair with more than 40 church members and friends attending, but also received community support. Outside the church, decorated with Christmas wreaths as well as yellow ribbons on the posts, a group of veterans were ready to welcome Michael with an honor guard of American flags. The sheriff’s deputy and another truck with an American flag were sent to pick up Michael and his family at their home. The caravan arrived, the sheriff’s truck with its lights flashing, indicating our honored guest and church son had arrived.

The surprise for Michael that was outside was nothing compared to the surprise inside the church. The entry room was decorated with Christmas table centerpieces and the electric Christmas candles were in the windows. Candlesticks were placed on the ends of the pews and the electric candles were lit. The manger was at the front of the sanctuary, and the Christ candle was lit.

The service was the same service Goshen held on Christmas Eve, 2014. We showed a video of the Christmas pageant that was performed by the youth and the children. I delivered the same Christmas Eve message although I had to make a few modifications because of references to events during Advent. Our offering that evening was earmarked for the Wounded Warrior Project and over $350 was collected. 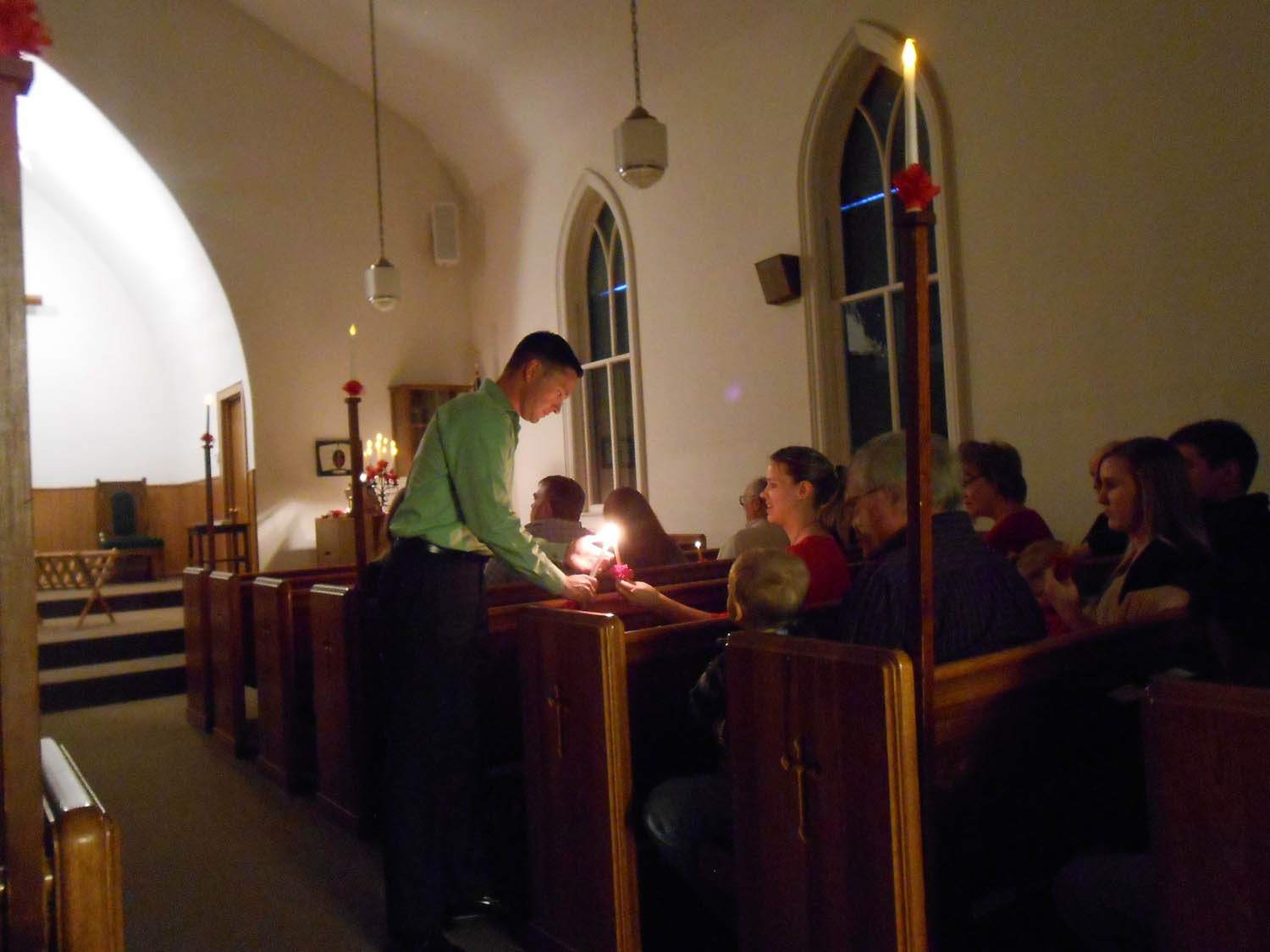 Then it was time for the candlelight service, with candles provided by the Bethel Moravian Church. As the candles, trimmed in red ribbons, were distributed and the youth led the congregation in the singing of “Morning Star,” Michael was invited to take the Christ candle and light the candle of each person at the end of the pew; the light was then passed through the pews. Finally, as the congregation joined in singing “Silent Night,” Michael, the congregation and I lifted our candles during the singing of the final verse. Our Christmas Eve in March service concluded with the singing of “Joy to the World.”

While Michael was in Kuwait, he attended a promotion board with the artillery battalion. The board is held to interview soldiers who are eligible for promotion to determine if they have the knowledge and skills to be a Noncommissioned Officer. The board members recommended Michael for promotion to Sergeant and on February 1, 2015, he was promoted. All the soldiers in Michael’s division returned home alive although four had been injured in a Humvee rollover—some seriously. But through continued prayer, all are making strides to be released from the hospital and rejoin their families.

“Christmas 2014 was bittersweet,” said Michael about his Christmas experience in Kuwait. “We all were away from our families, but at the same time we had our military family there with us. We had a great dinner at the chow hall served by the commanders, sergeants major and first sergeants from across the brigade. Being able to video chat with my family also made the holidays on deployment more enjoyable for my fellow soldiers and me.”

It was a pleasure to be able to honor a member of our congregation who sacrificed so much in service to his country and to his God. I would pray that each congregation would look for ways to honor the sons and daughters of their congregations who serve our country and miss out on special celebrations here at home. 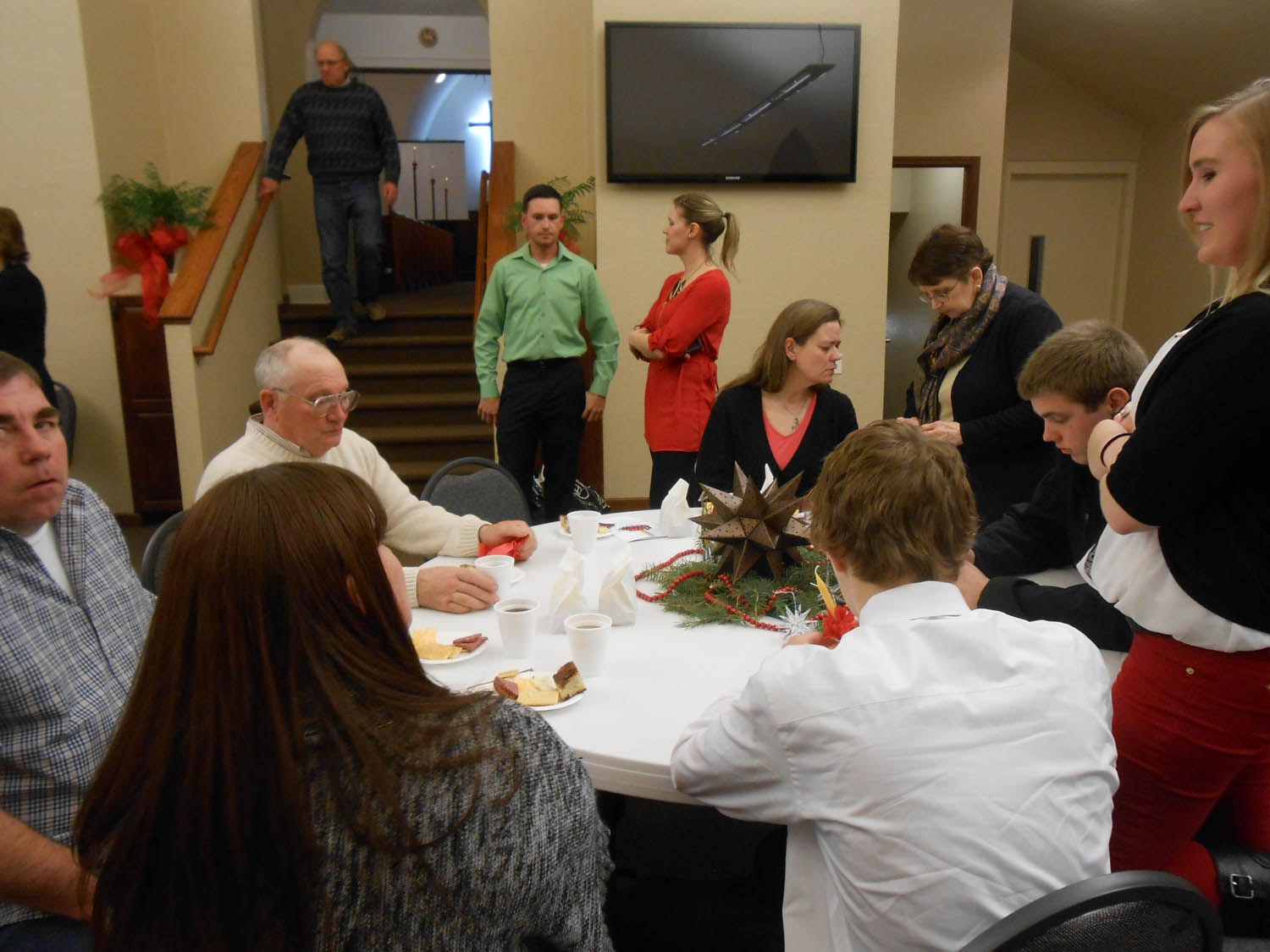