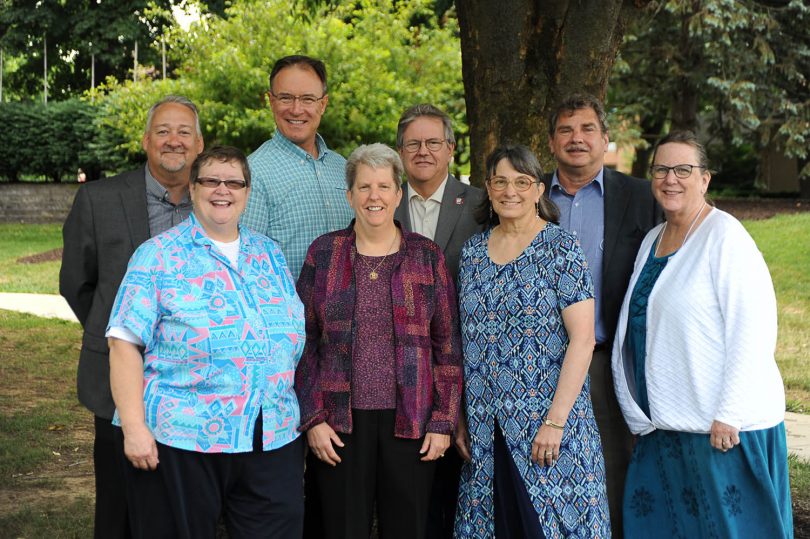 At its 2018 Synod, the Moravian Church Northern Province elected the Provincial Elders’ Conference (PEC) to lead the church in the coming four years.

The PEC is the Province’s highest governing board, providing administrative leadership to congregations and program agencies. It is made up of four lay members, plus the presidents of each of the province’s three districts (Eastern, Western and Canadian) and the president of the PEC. 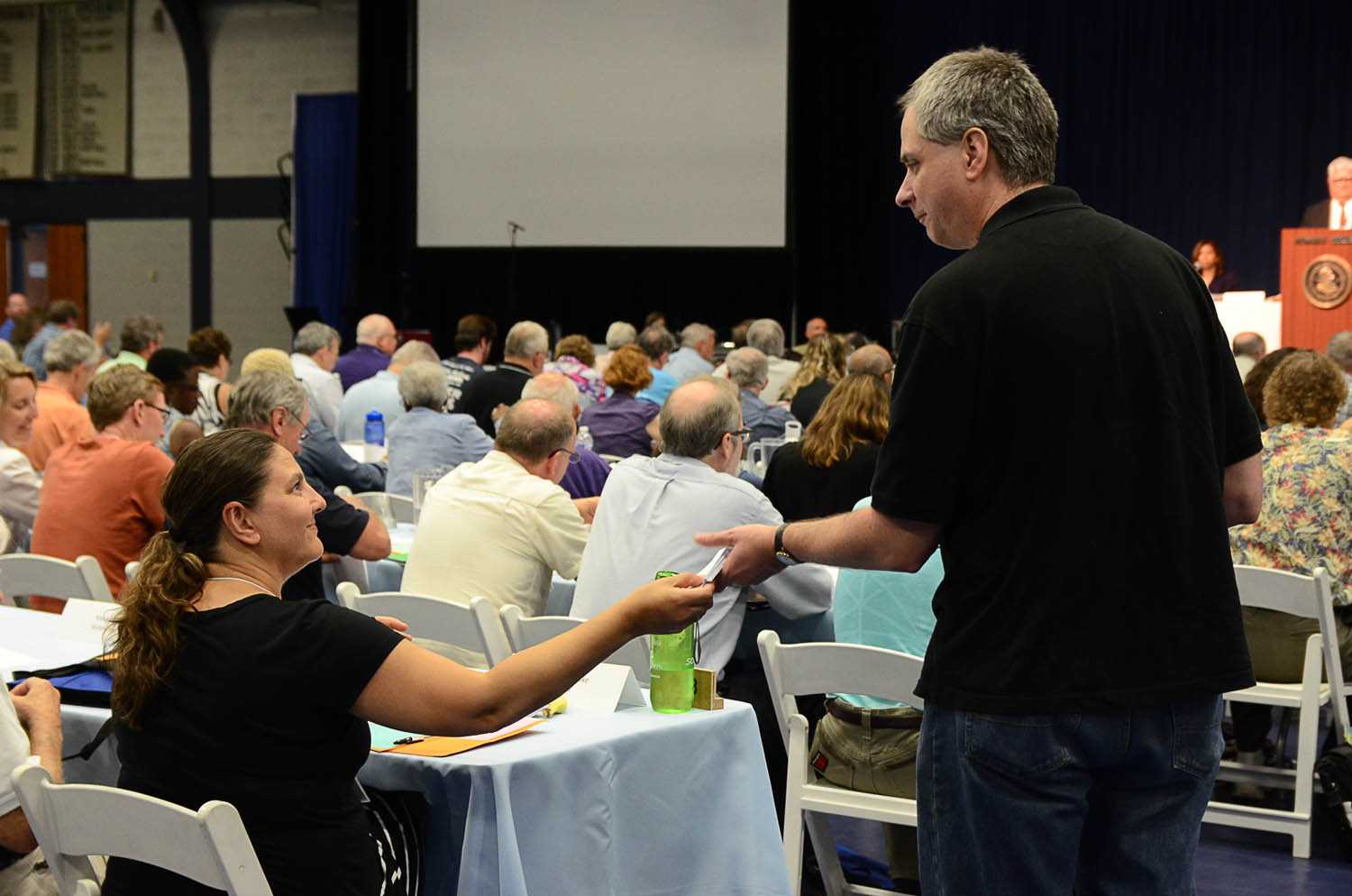 The Rev. Dr. Betsy Miller was re-elected to a third term as president of the Northern Province PEC. Betsy was first elected in 2010 and has led the PEC since.

Lay members elected include Susan Dreydoppel from Nazareth, Pa.; Holly Heffernan from Calgary, Alberta; Valerie Bean Wagner from Waconia, Minn; and Ralph Wanamaker, Jr. from Bethlehem, Pa. All four lay members are new to the PEC, although Sue, Holly and Ralph have experience on District Boards. They join District Presidents the Rev. David Bennett (Eastern), the Rev. Bruce Nelson (Western) and Greg Weir (Canadian) to complete the eight-member board. 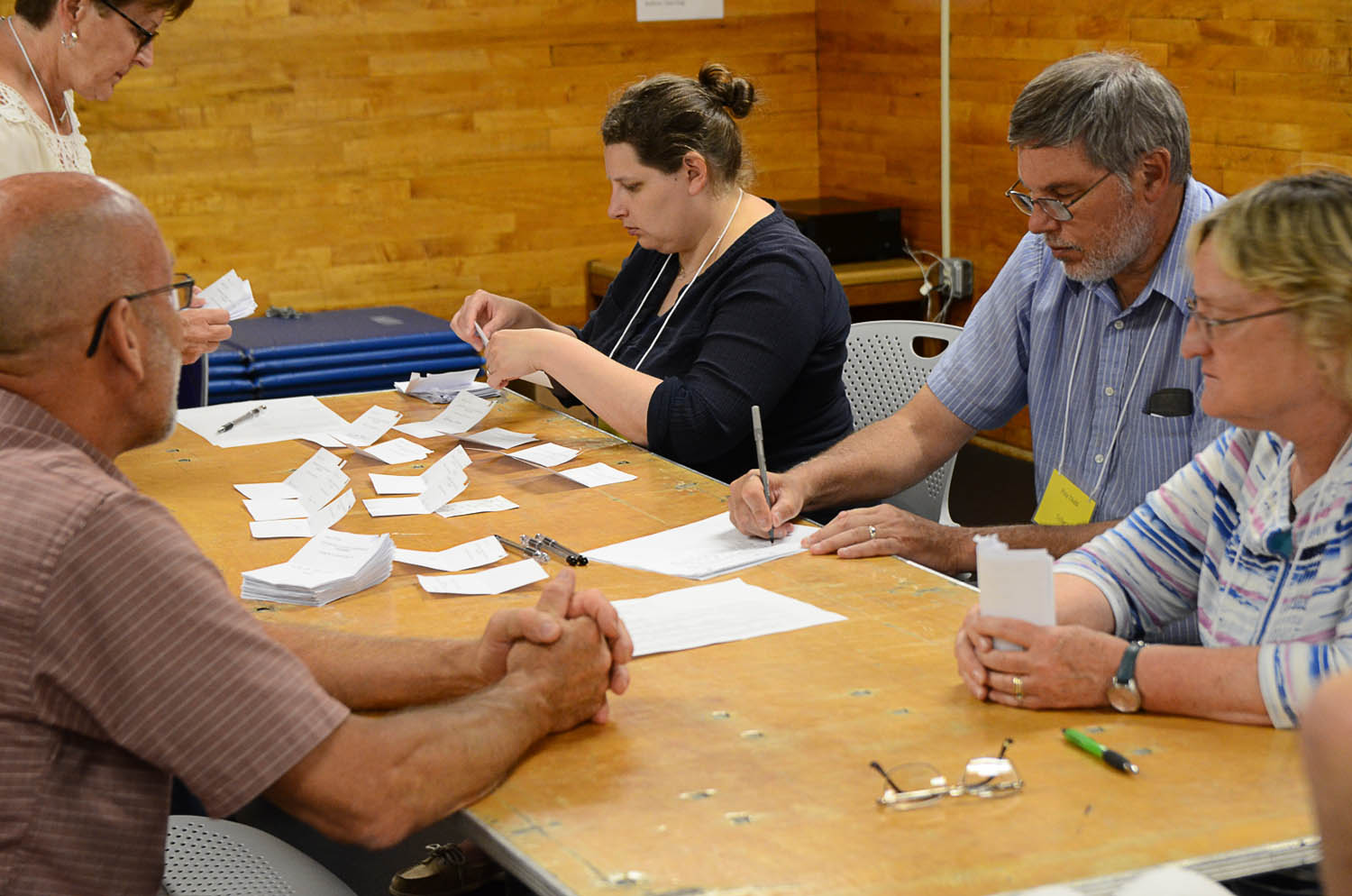 Tellers count ballots during the election for PEC president.

The new PEC was installed at a worship service on Monday, June 25. They will serve until the Northern Province Synod in 2022.