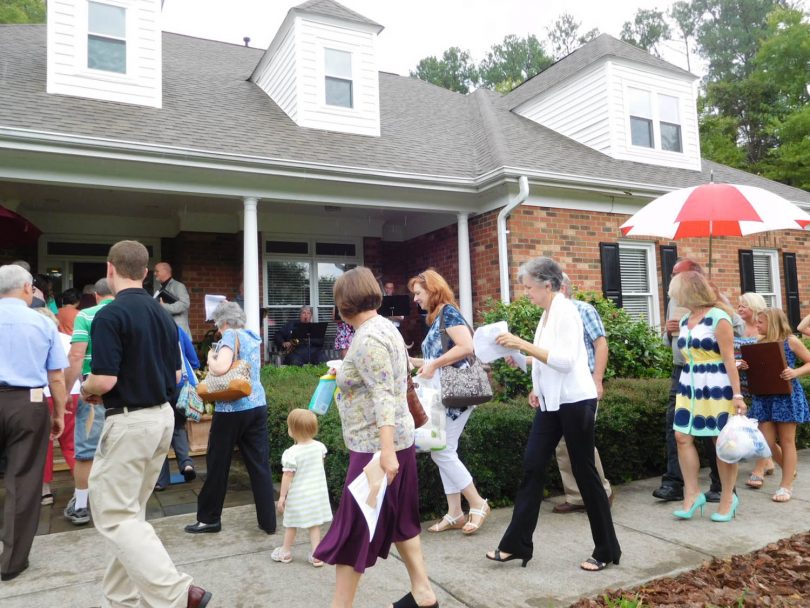 In late July, Peace Moravian Church in Charlotte, N.C. sold their facility and property to Hope Community Church. But the sale of a building isn’t the end of a congregation; instead, it is an opportunity to move in a new direction and drive toward a new future that God is preparing.

Peace Moravian, by the grace of God, has been given this opportunity of a new chance. The important task now is to discover and place a mission in our windshield, and place the building and past in the rearview mirror. The congregation has already begun this turn around.

For three Sundays after Easter, Peace members gathered for worship around tables to have conversation about who we are in Christ, not in the building. In the fall members will be having conversation about who or what the congregation wants to influence and how. This will lead to small group gatherings for members to imagine a future that accomplishes Peace Moravian Church’s identified purpose. The Peace Board will then use these stories and reflections to complete the mission statement and establish a process of discovering a new direction plan and course.

The congregation will be centered in what was the former parsonage on the property, which Hope Community has leased to Peace. After some extensive upgrades, Peace moved offices and furniture into the house in July with tremendous help from the Regional Conference of Churches congregations. We still have use of the main building for worship and other activities as approved through Hope Community, but the parsonage is the officially dedicated space for the congregation through mid July of 2017.

On August 23, the Peace Moravian House was dedicated to the glory of God. The dedication service began with a celebration of music and a special prayer of thanksgiving for the organ, because the organ was packed up and stored the day after the dedication. David Guthrie, president of the Southern Province Provincial Elders’ Conference, brought a message of encouragement. A liturgy of movement included Peace Moravian giving Hope Community a special book with pictures and stories related to the building and Hope Community offering a special blessing to Peace for our continuing journey. The congregation carried items of meaning, including the Moravian Seal, to the house where the band greeted us. Following the dedication and prayer, the congregation enjoyed a covered-dish lunch and fellowship. 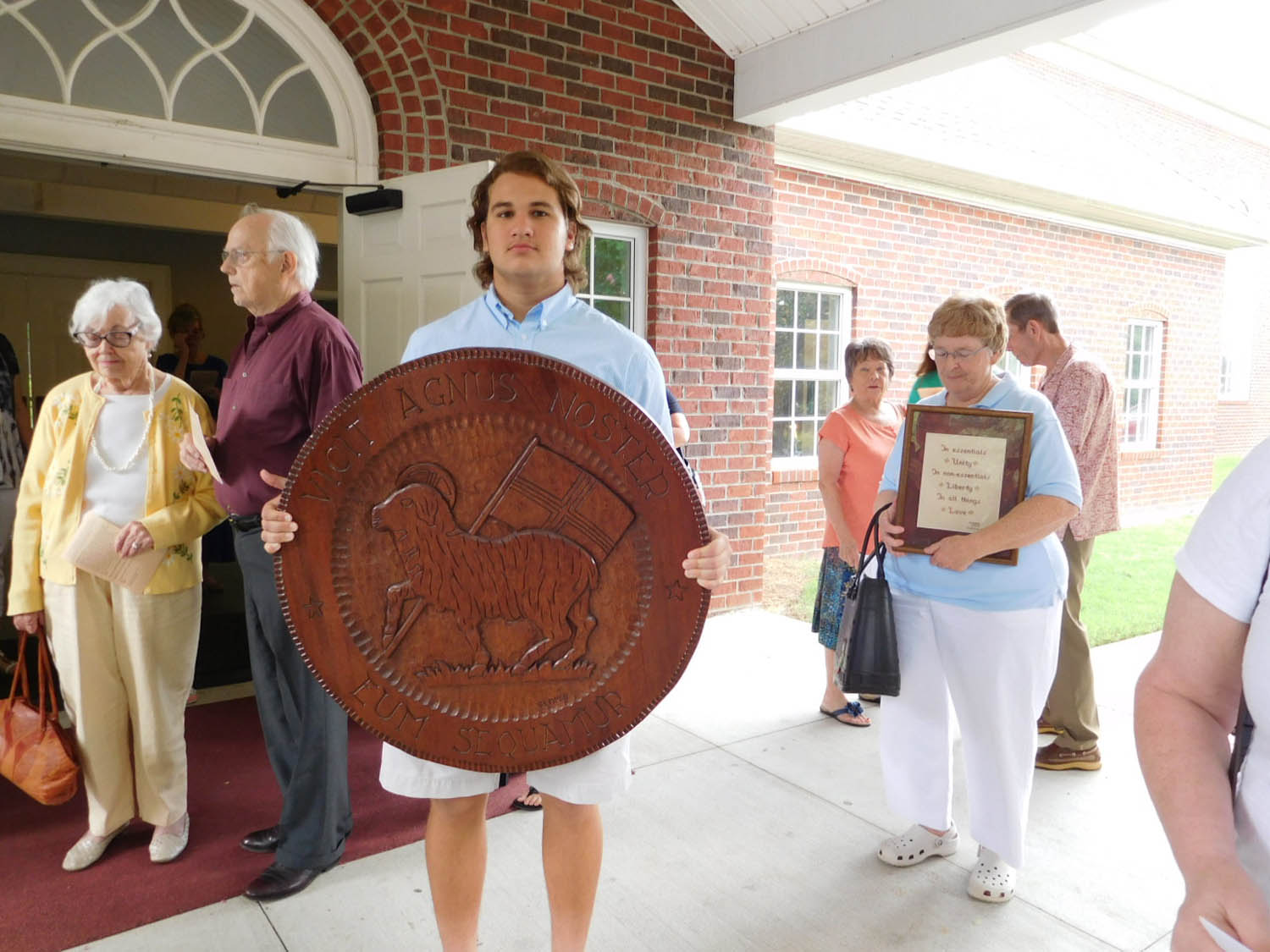 A history of movement

Peace Moravian was formerly Park Road Moravian Church, founded in 1962 in South Charlotte. Over time the congregation saw many changes in Charlotte. Even Park Road, from which they drew their name, moved in a different direction and the church found itself with the name but no longer the address. The facility began to age and the congregation declined even as the property values rose. Unable to manage the rising costs, the congregation found itself in debt and bound to a building that was directing its mission and not supporting it.

Park Road Moravian voted to change their name to Peace and move to a new location 15 years ago with a desire to build a building that could be used by the community. This vision has been fully realized. The building is fully utilized throughout the week by community groups and two congregations from other denominations. A preschool started on site has thrived, having developed a great reputation. One of those congregations prospered so well in the facility that they made an offer to purchase it. Why would Peace Moravian sell the buildings and facility if this vision had been fully realized?

While the vision for the building was fully realized, there was no vision for reaching out as a congregation. Just as the declining building at Park Road dictated the mission of Park Road Moravian, the new building dictated and limited the mission and ministry of Peace Moravian Church. As the community organizations and the other congregations thrived and grew, Peace Moravian Church lost members and resources. The debt burden of the building and its maintenance led the congregation into a focus on survival. Everything was about getting enough money to get through. They had a new building, but the same problem.

The community knew the facility and turned out for the bazaar, BBQ, yard sales and Christmas Eve lovefeast, but never connected with the community. The congregation talked about building and maintenance but had little energy for engaging those who used the building, including the preschool, which is a ministry of Peace Moravian Church. They built the building. People came to the building. But what they did not do, was join the congregation. 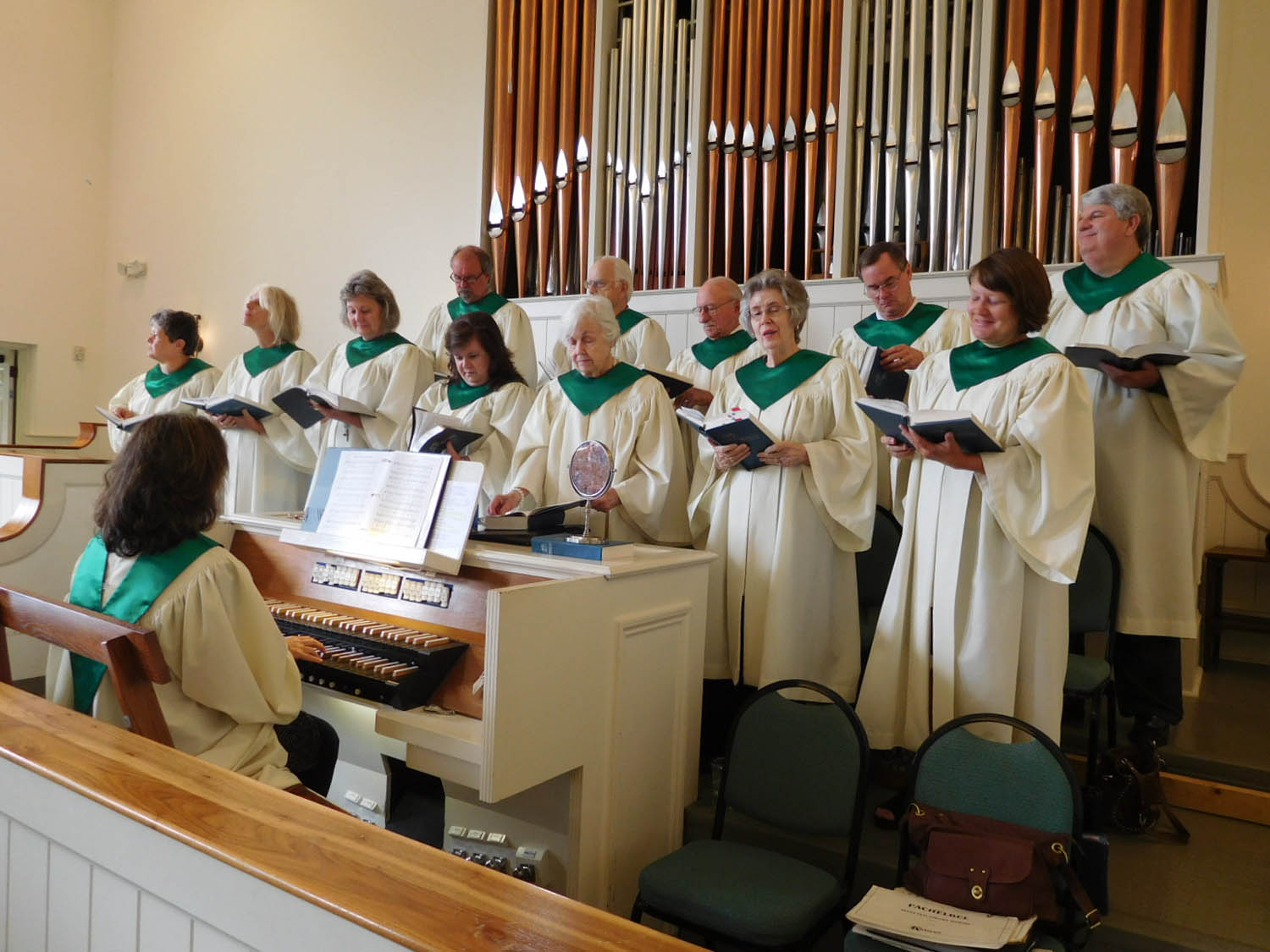 Driving into the future

Peace Moravian is getting ready to drive into a future that God is preparing. It is a congregation that is blessed by a rich tradition in the Moravian heritage and a faith tradition that knows that the Lamb has conquered. Finding the path and imagining the future that God is preparing, we will follow the Lamb into that future, whatever it may be. Knowing that we are surrounded by a great cloud of witnesses makes all the difference in the world. We pray there will be Peace in the world and that it begins with us.

From the October 2015 Moravian Magazine 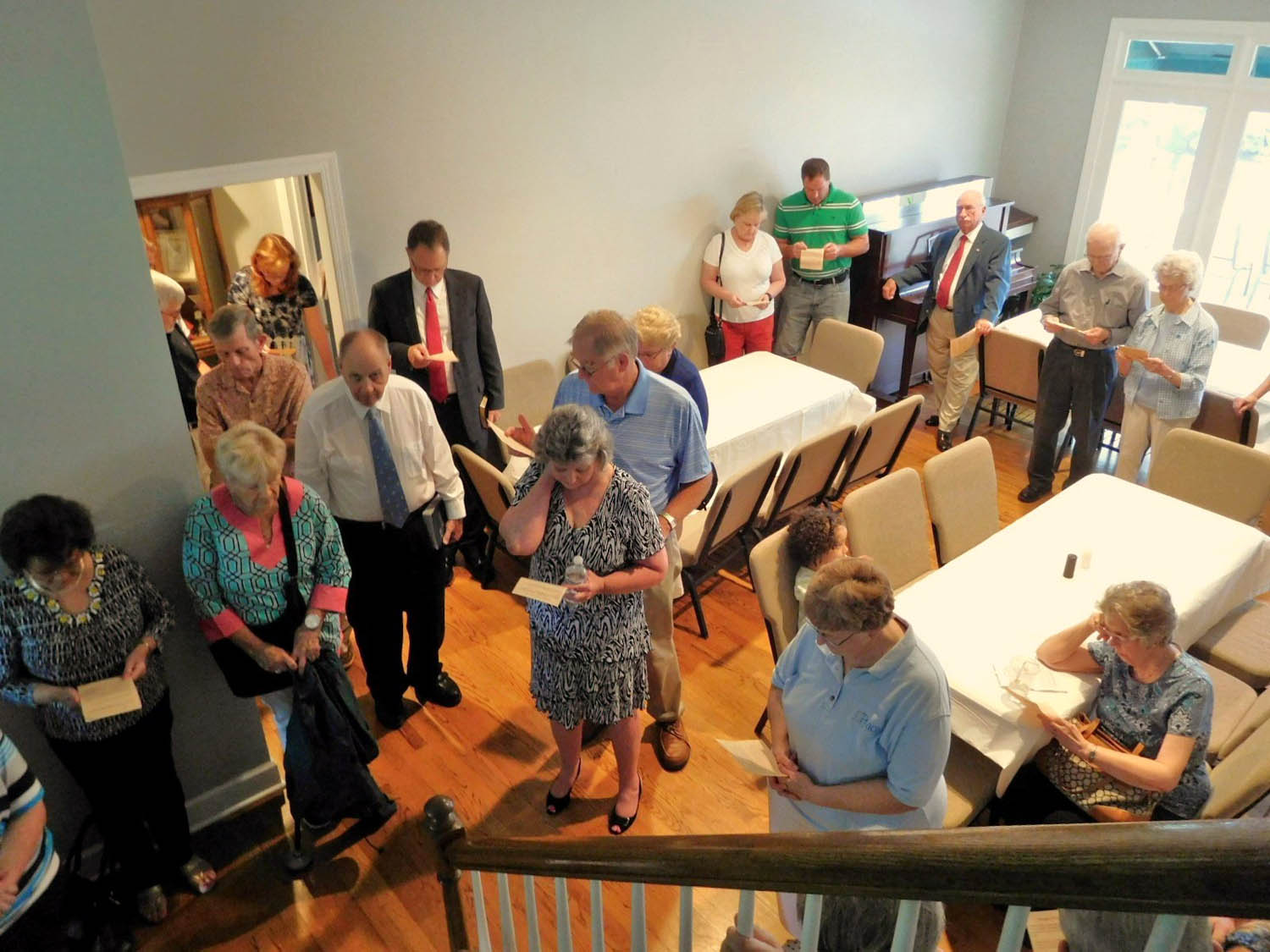