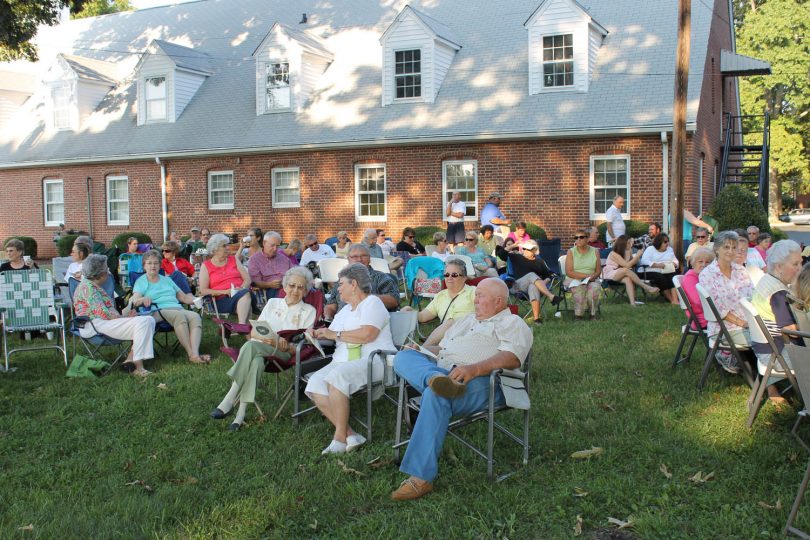 The Southern Province’s Regional Conferences of Churches (or RCCs) help congregations share their strengths, participate in shared ministries, build unity and serve our Lord and Savior Jesus Christ by putting our time, talents and resources together. Here’s a story of one that truly demonstrates faith in action.

In 2013 I was blessed by Advent Moravian Church for electing me as their representative to the South Branch RCC. The South Branch Conference includes Advent, Community Fellowship, Hope, Hopewell and Konnoak Hills Moravian Churches in the Winston-Salem, N.C. I can see the hand of God moving in our work.

Our first event together was back in September, with an uplifting event on the lawn at Konnoak Hills called Songs and Stories of the South Branch: Food for the Body and Stories for the Soul. A guitar ensemble served as the backdrop for a hamburger, hot dog and veggie burger dinner. As dinner wound down, we began a service featuring stories from five lay people (one from each of the five congregations) intermixed with verses and hymns. Afterwards, more music by band players from each church was enjoyed along with desserts. Not only were there folks from our congregations, the neighbors around Konnoak Hills came over to eat and fellowship with us. 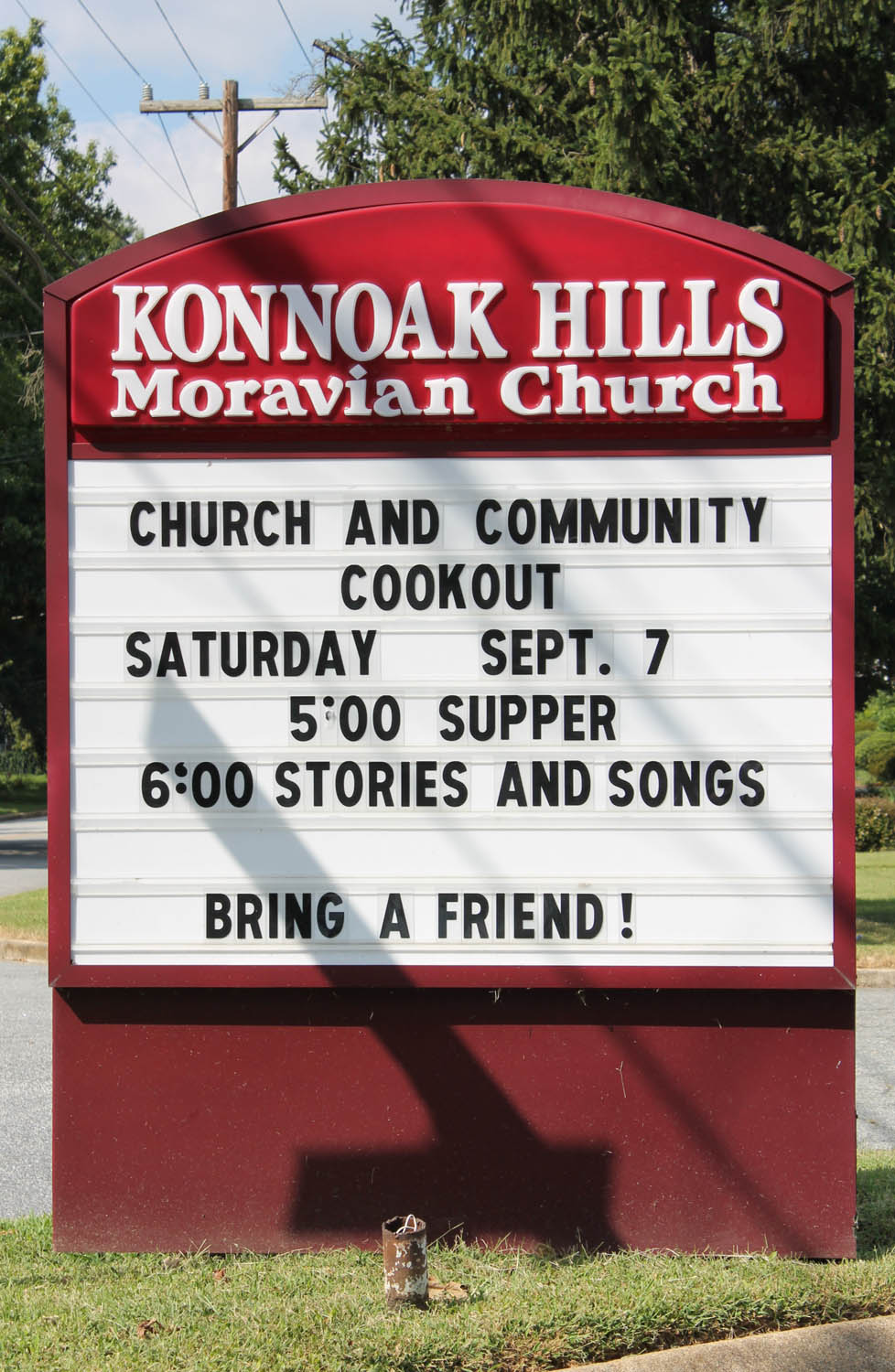 The evening began with food, music and lots of conversations. Since it was held outdoors the smells and sounds permeated the neighborhood. A couple of homeless men came up to me and asked what it cost to eat. I told them that it was free. They could not believe it! We fixed them each a plate and asked if they wanted to stay for the service. One left right after eating his meal; the other one said he was not dressed or showered to go into the church. When I told him it was going to be outside and we all were sweating and hot and it did not matter, he said he would think about it.

The man then left and I went on to help put food away and prepare for the “stories of faith” that was about to begin. It was getting really crowded and seats were taken so I sat on the ground a little off to the side of the stage (which was a flatbed trailer) to listen.

And there, out of the corner of my eye, I saw the man sitting on the ground, leaning against the tree right behind the stage. I tried to pay attention to the stories, but I was focused on the man. I saw tears and I saw praise to God as he lifted his hands. I saw him tapping his foot to the music of our faith.

He left before the last speaker so I did not get a chance to talk to him again. But hearing those stories and seeing faith in action brought me to my knees. I was humbled and honored to be a part of it all. A lot of folks said it was a great service and that it touched them. But I keep coming back to that one man. 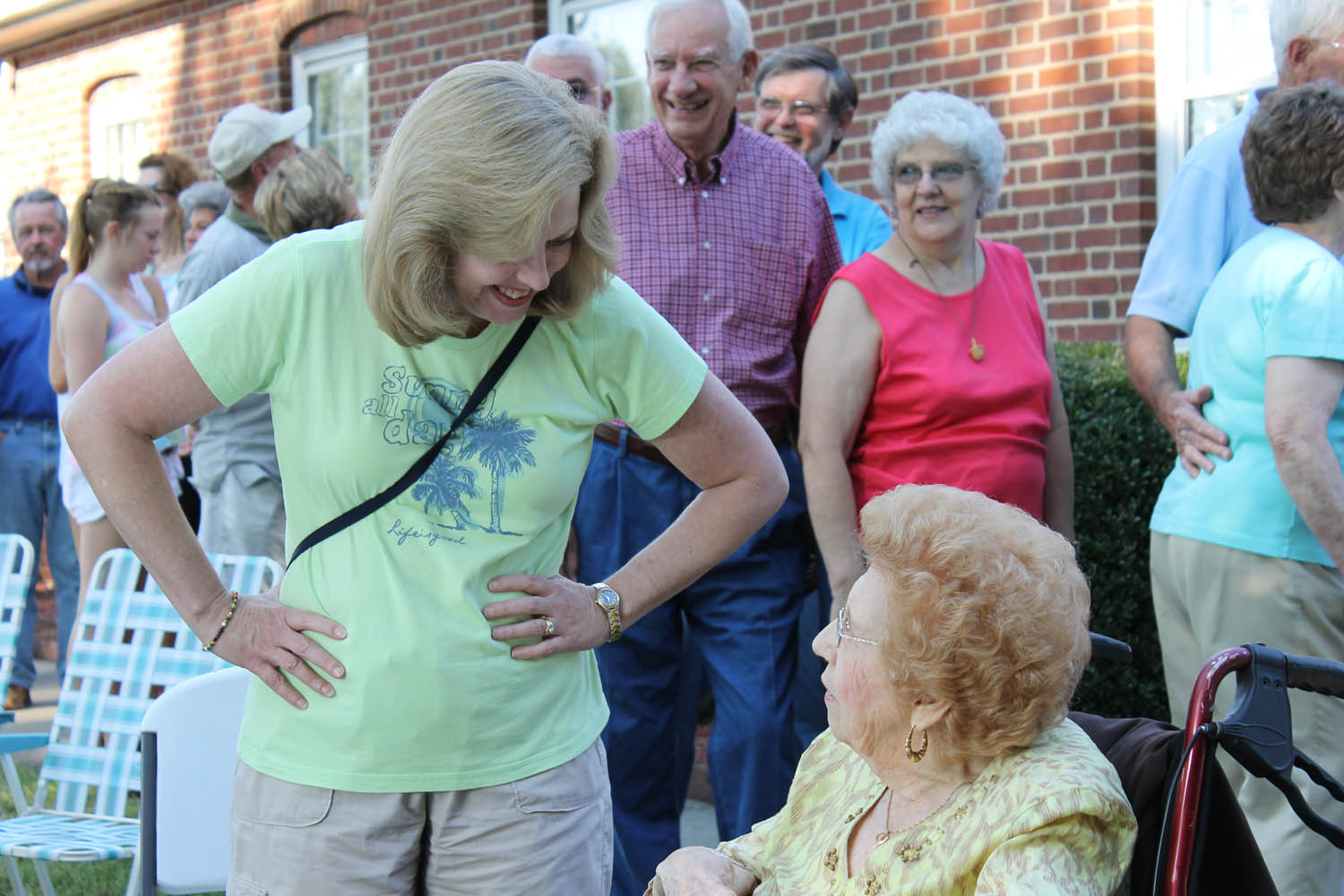 I remember the story of the 99 sheep and how the shepherd went out to find the one that was lost. I don’t know why this man is homeless or if he knows Jesus as Lord. But what I do know is that on a hot summer day, on the grounds of Konnoak Hills Moravian Church, God’s Holy Spirit was there and touched a life.

It must have touched several lives because we have been asked if we will be having it again in 2014.

I love the quote from C. S. Lewis: “The more we let God take us over, the more truly ourselves we become-—because He made us. He invented us. He invented all the different people that you and I were intended to be. It is when I turn to Christ, when I give up myself to His personality, that I first begin to have a real personality of my own.”

This quote is my prayer for our South Branch Conference for the new year.

Rebecca Jones is a member of Advent Moravian Church in Winston-Salem.

From the January/February 2014 Moravian Magazine