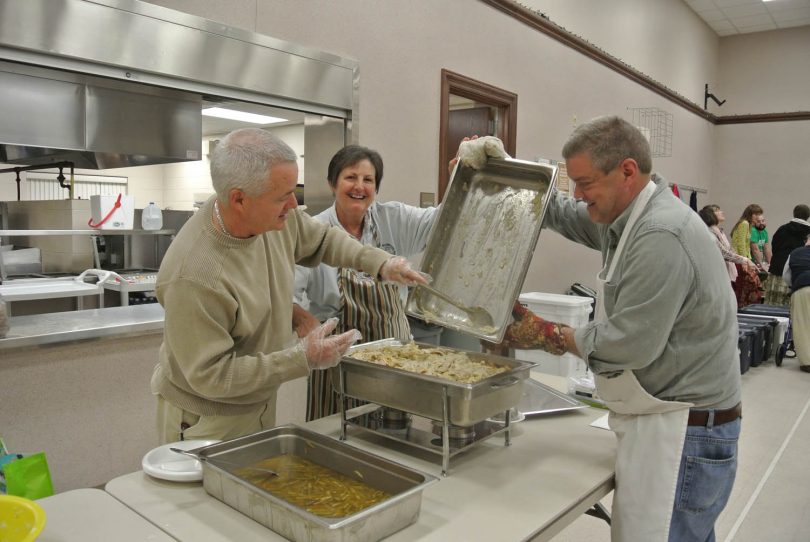 What good is it, my brothers and sisters, if someone claims to have faith but has no deeds? Can such faith save them? Suppose a brother or a sister is without clothes and daily food. If one of you says to them, “Go in peace; keep warm and well fed,” but does nothing about their physical needs, what good is it? In the same way, faith by itself, if it is not accompanied by action, is dead. But someone will say, “You have faith; I have deeds.” Show me your faith without deeds and I will show you my faith by my deeds.

The Discovery Sunday School Class of New Philadelphia Church is all about deeds. We know there are so many unanswered needs within our community and when called upon, we work to help where we can.

Such an opportunity came with the Overflow Shelter at Augsburg Lutheran Church in Winston Salem, N.C. The Overflow Shelter was an outgrowth of Anthony’s Plot Community where every night, from December 1 through March 31, they coordinate the winter emergency Overflow Shelters. The shelters provide life saving shelter, a warm meal and access to housing resources for the vast majority of Winston-Salem’s unsheltered population. They average almost 100 guests a night and shelter them at one of five church sites. Augsburg Lutheran Church is one of those sites. The collaboration of congregations and community groups has become known as the “City with Dwellings”—a reminder in Isaiah of God’s vision of a restored people who rebuild the community and re-house the displaced among them.

The guests arrive at their appointed “Dwelling” by bus from a central location downtown at Lloyd Presbyterian. They are assigned a “housing home” where they have a storage container assigned to them to place their personal belongings in for the duration of the night. At the dwelling, they have access to rest rooms where they can bathe and wash up for dinner.

Members of our Sunday School class made contributions of “blessing bags” for the guests. These are individual bags that the guests can use containing personal toiletries such as shampoos, deodorants, lotions, toothpaste and wash cloths. The guest can store the blessing bags in their assigned storage bin for use on subsequent nights when they come in. 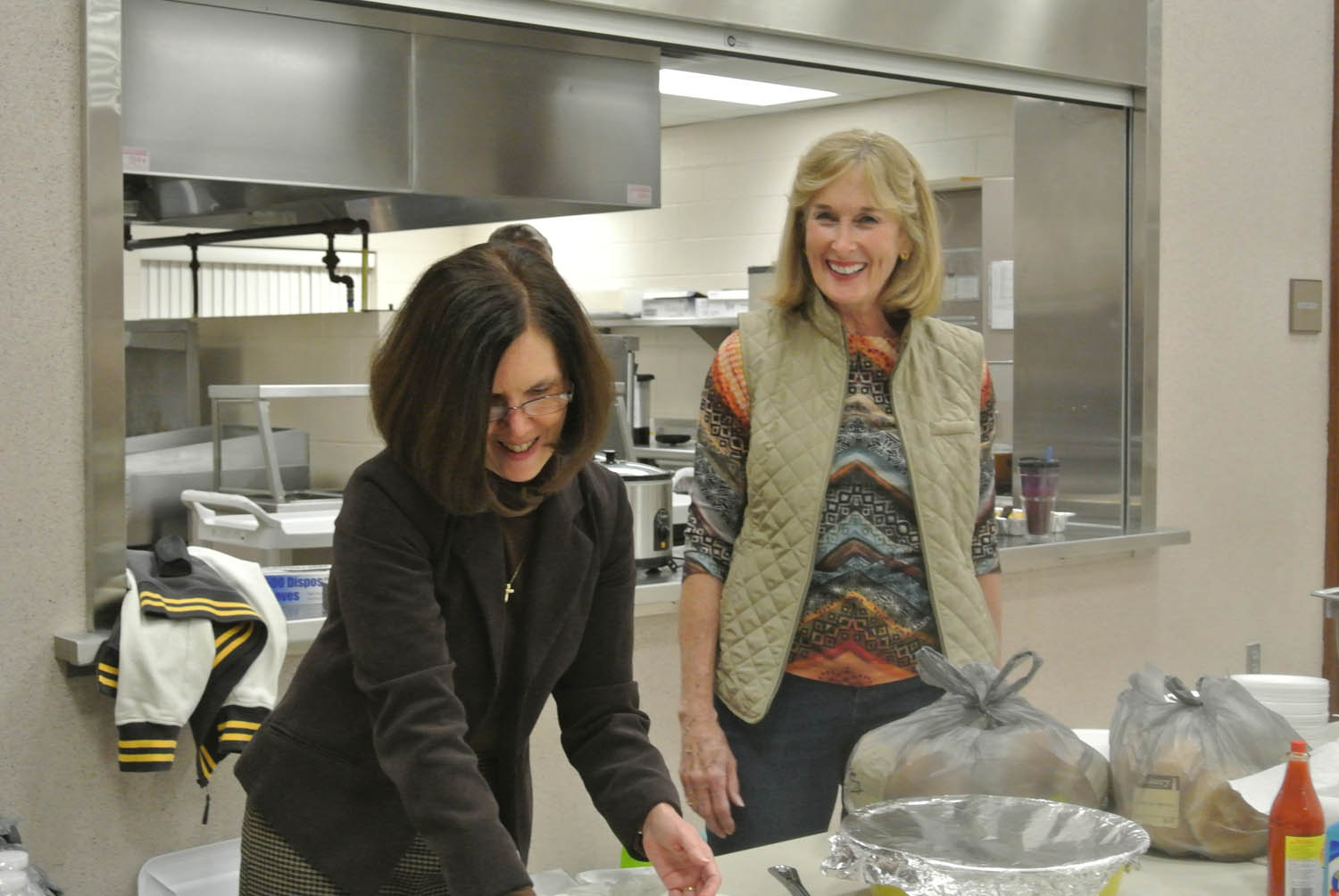 We started this ministry in December and provided a hot meal for the residents twice a month from December through March. We funded the food expense through class donations that we took up each month. Other members of our Church helped by preparing sandwiches for “To-Go” lunches, as well as by spending many nights at the shelter during this four-month period.

On March 18, 2015, the Discovery Sunday School Class served their last assigned meal of the overflow season with chicken and dumplings, homemade cole slaw, farm-to-table green beans, rolls and an abundance of homemade desserts, most of them chocolate!

I interviewed Joe-Joe—Joseph Hairston—who was one of the first eight in the Overflow Shelter. He had been sleeping in an abandoned truck and had been waiting on the Overflow Shelter dwelling to open since early October. His journey began 14 months earlier when he began the process of qualifying for the “rapid” re-housing program through the Section 8 Voucher system. He had to wait three months just to get his apartment inspected before he could move in.

The people he met through the Overflow Shelter helped him through all the bureaucratic hurdles. For him, this experience has strengthened his faith and he points to so many angels that have sheltered him along in his journey here on earth. He has been out of work for the past three years, but has kept praying. He needed surgery, but until he found permanent housing, surgery was not an option for him. He now is in an apartment close to the hospital and is contemplating the scheduling of his surgery.

Because of his medical issues, returning to his prior job of unloading trucks wasn’t possible. He was given the name of someone to help him possibly qualify for Vocational Rehabilitation through the State of N.C. in order to be retrained to do another type of work. Vocational Rehabilitation will also, if approved, fund his surgery and on-going training programs to become a viable applicant for another trade. For the first time in his life, Joe-Joe is looking ahead!

Another initiative started from this endeavor is known as Green Nest. Their goal is to house gently-used furniture and housing items gathered from donations to help the homeless and veterans transition from homelessness to permanent housing.

Most of us do not think about the enormity of the transition from being homeless to moving into a permanent dwelling. What do you do for furniture, linens and kitchen appliances if you are starting from nothing? Green Nest has been formed to help make this transition easier for residents. What a blessing!

As we move into spring and summer, The Discovery Class is already planning how they will support and fund efforts to serve hot meals to the homeless in the fall and winter for this coming year. For more information on helping to transition residents to permanent housing, check out www.greenestws.org

For more information on Anthony’s Plot Community, check out www.anthonysplot.org. 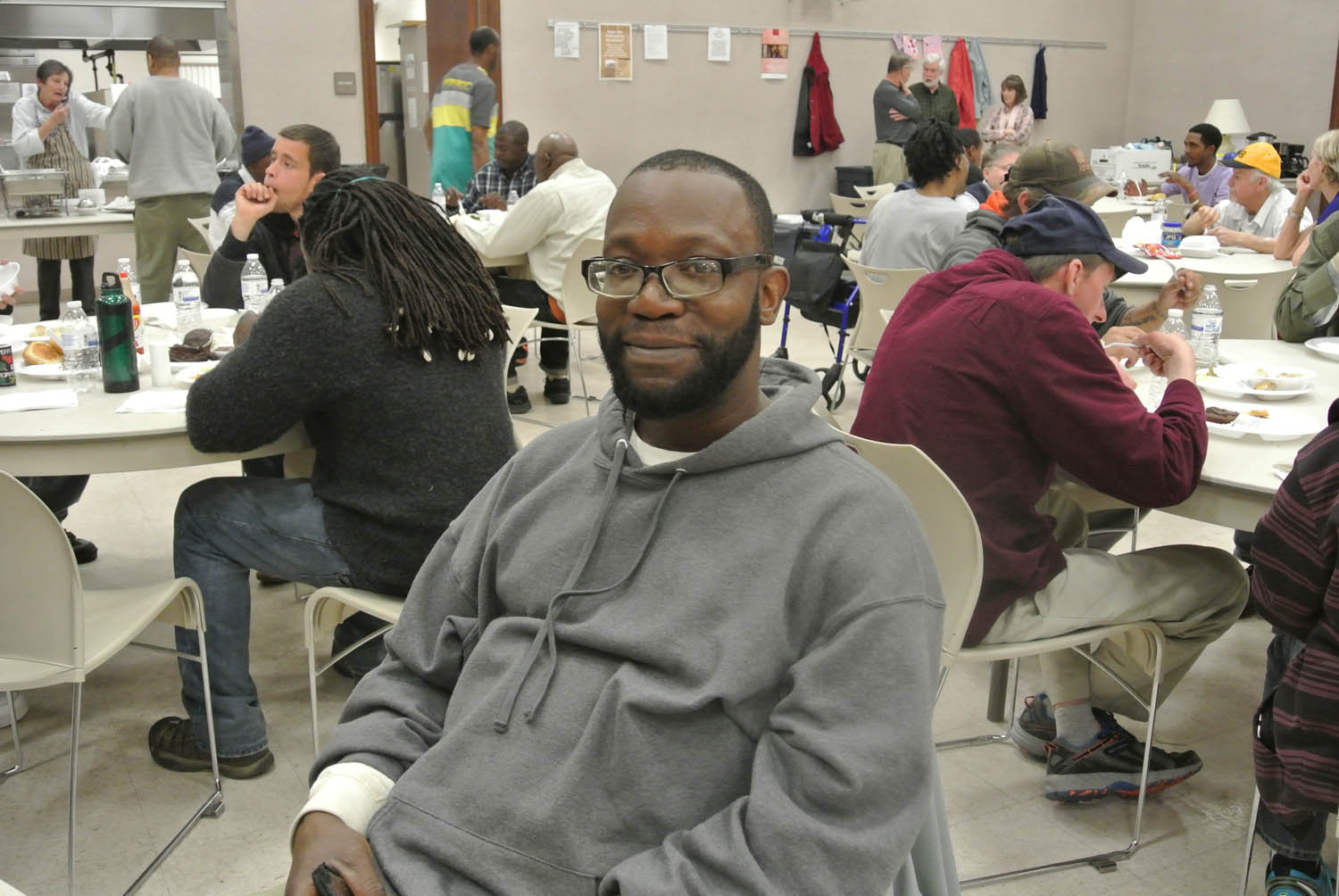