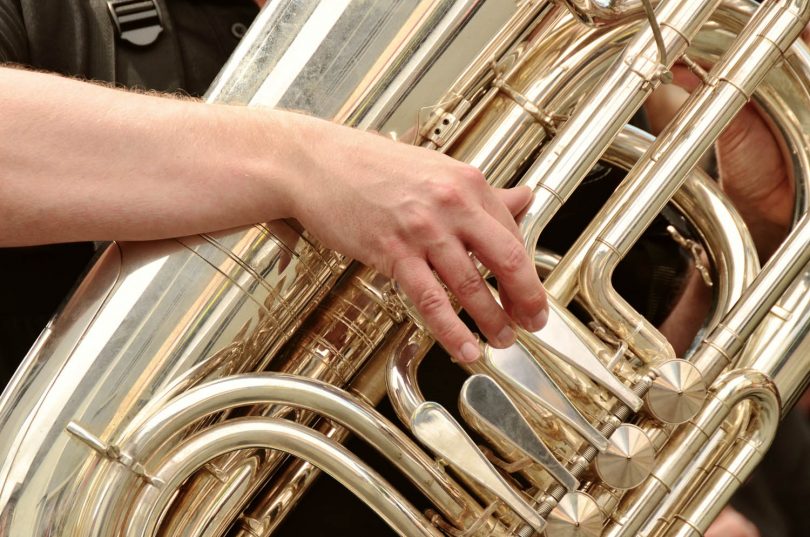 When the Third Moravian Unity Brass Festival (UBF) convened last July in Winston-Salem, N.C., it brought together players from around the globe to an international festival of instrumental music and fellowship, practice and performance, learning and sharing, and praise and worship.

The Festival featured four days of massed brass ensemble, with nearly 175 brass musicians ranging in ages from 10 to 92 from six countries playing new arrangements of sacred music together.

While still in the early stages of planning, the Unity Brass Festival Committee, led by co-chairs Donna Rothrock and Mary Elen Kollman, set forth a clear purpose:  The Festival would be an international event that connects the Worldwide Moravian Unity (Unitas Fratrum) through musical collaboration, builds friendships and community and celebrates oneness in Christ.

Welcoming all ages and all levels, the Festival provided opportunities to improve musicality, skill and ensemble. The Festival laid groundwork for the future by teaching, leading and encouraging brass musicians, arrangers and composers.

Wait Chapel, a 2,250 seat worship space at Wake Forest University, was secured for the rehearsals and concert. The pulpit furniture was moved and a stage was built out to create a 1,200-plus sq. ft. platform in addition to the two rows of 24 in the choir area. 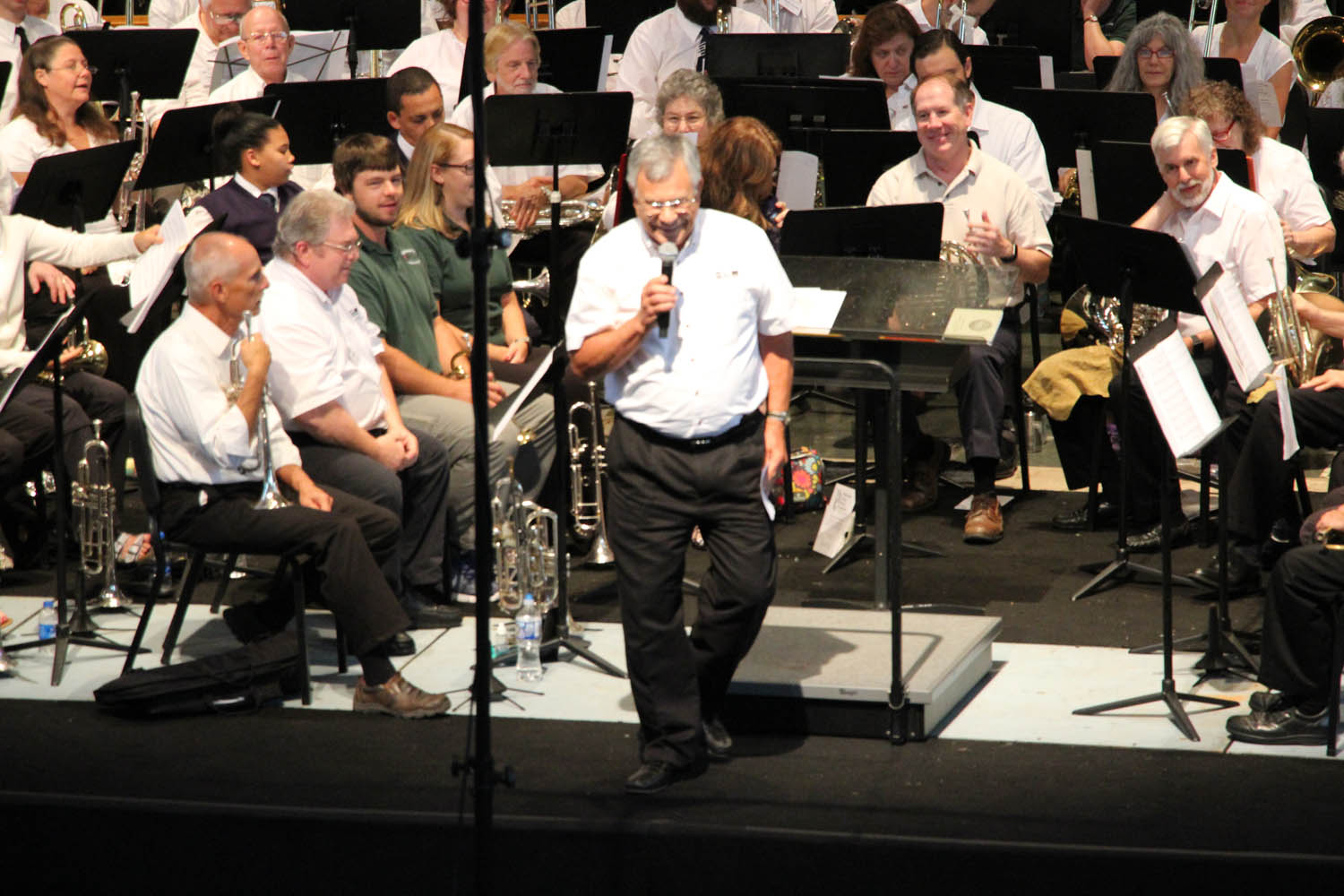 The Rev. Dr. Robert Sawyer was chaplain for the 2018 Unity Brass Festival.

In addition to the massed brass ensemble work, groups met informally at various locations around town, including Bethabara, Salem Square, and Hearn Plaza at Wake Forest to play chorales. Musicians also signed up to play for Sunday morning worship at many of the churches in the area.

Dinners were held at New Philadelphia and Home churches and involved a great deal of planning and set-up by the church staffs, as well as chefs Joey Transou and I.B. Southerland. Shuttles were secured from Wake Forest and the Yarbrough family to take players to the dinners and back. Generous local hosts provided housing for our friends from South Africa and Europe. Patrons supported the festival financially and cheered the players on, drumming up enthusiasm for attendance.

“We were surely led by the Spirit as this Festival came together,” said Erik Salzwedel, business manager for the Moravian Music Foundation and central coordinator for the Festival. “Local brass players formed a planning committee, and their individual gifts shaped the design of the Festival. As the various arrangers submitted their music, the program took shape. As patrons stepped up to offer support and volunteers offered their help and their homes, our ability to host such an international event materialized. As the other provinces put their groups together and local brass players registered, the scope of the Festival was realized. As the congregation assembled to share in this musical offering, they affirmed the gifts of each participant and generated a celebratory worship experience for all!”

“Thank you to everyone who played a part in the festival!,” continued Erik. “And, also to the many who hosted and assisted with the tours… yes, tours! In addition to the Festival, the international groups from Europe and South Africa organized complicated and busy itineraries, visiting and playing concerts in Manhattan, Brooklyn, and Staten Island in New York; Bethlehem, Lititz and Nazareth in Pennsylvania; Tuscarawas County in Ohio; and even Jamaica, in conjunction with their transatlantic adventure to North Carolina. Volunteers in each city secured venues for concerts and lodging for the groups, and we cannot thank them enough!”

During the Massed Brass Service of Music, July 22, Rev. Robert Sawyer, chaplain for the Festival, led the congregation in shouts of “Tumfuate!,” from the Swahili translation of Our Lamb has conquered, Let us follow Him (Mwana Kondoo Ameshinda, Tumfuate!) to affirm our commitment to follow Christ.

During his meditation, Bob offered, “There are friendships on this platform, deep friendships that span many miles and many years. And it is my guess that there are a lot of new ones only a few days old and growing. It’s not profound to say that music brings people together; I could give you many examples of that. It is profound to be part of it when it happens. The music you are hearing today is not just the result of God-given talent and the hard work involved in learning to play an instrument. The harmony and beauty of the sound comes at least in part from a desire to do this together, to listen to each other, be in tune with each other, to articulate our notes at precisely the same time. We want to be a band, not just a collection of individual performers.

“A Moravian band, like a Moravian congregation, is not just a collection of individuals desiring to let community rise above individuality. It is a community of faith. We have lots of different perspectives, but we all recognize Jesus Christ as head of the church and of our church.”

And dates for the 26th Moravian Music Festival have been set for Sunday, July 18 – Saturday, July 24, 2021, at Central Moravian Church and Moravian College, Bethlehem, Pa. n

Erik Salzwedel is business manager for the Moravian Music Foundation in Winston-Salem, N.C. 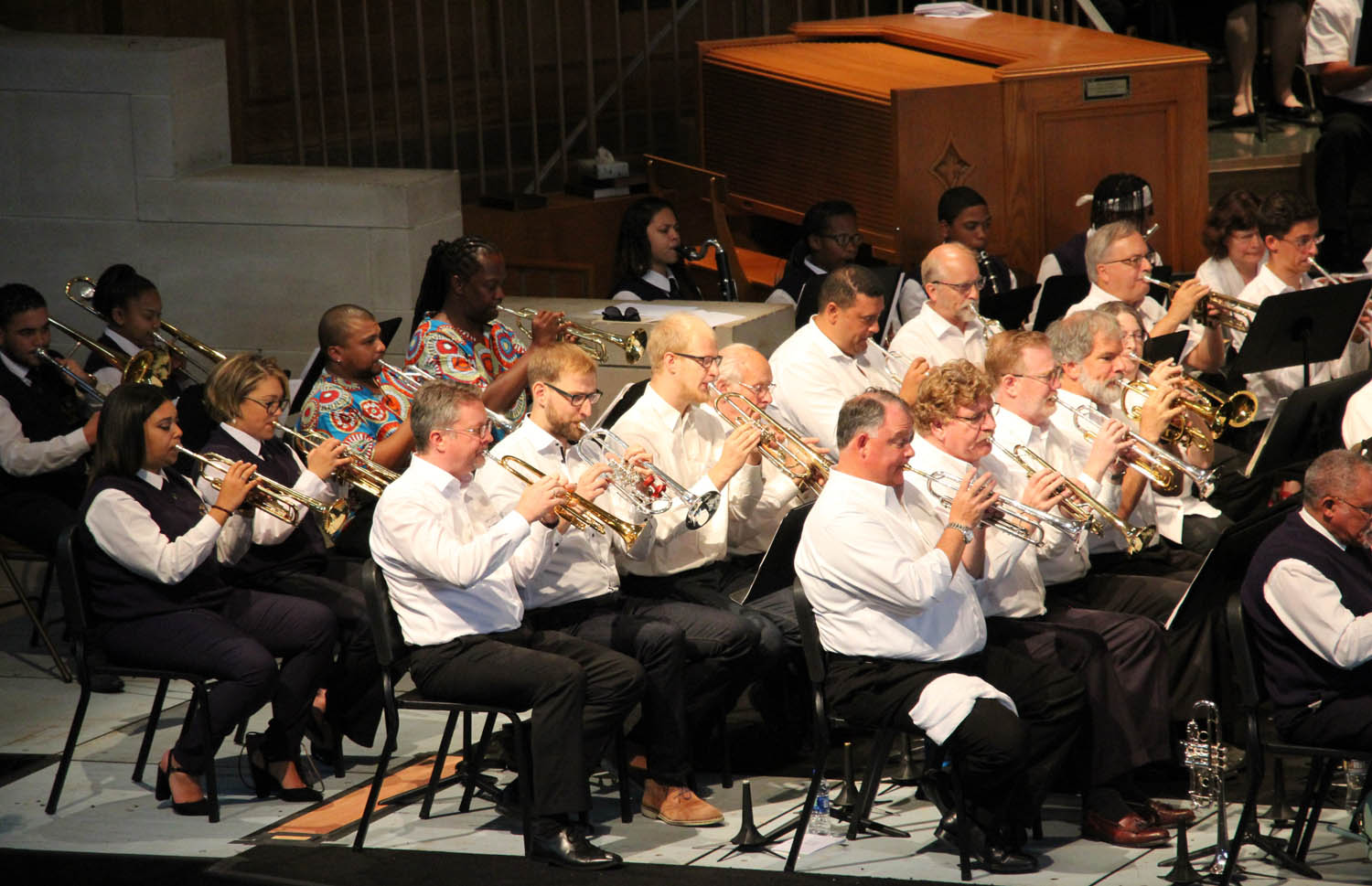