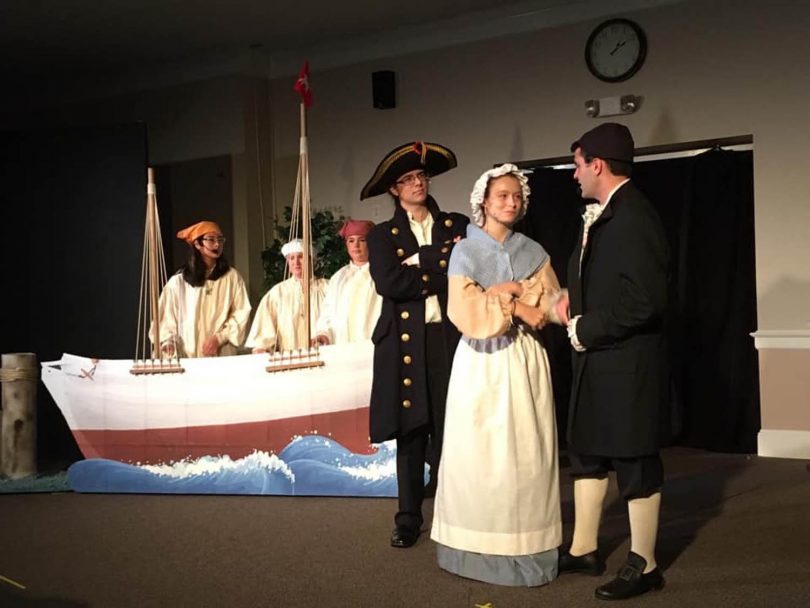 When we decided to perform the Moravian musical, “Irene: The Adventure Begins,” about the ship that carried early missionaries around the world, we had no idea we would be identifying so closely with her crew and passengers!

Several years ago, after seeing “Irene” performed at the Moravian Music Festival, it became the dream of Rev. Tripp May and Beth Hayes to bring it to the stage in the Southern Province. Written by Rev. John Wallace of First Moravian Church of Dover, Ohio, with original and adapted music by Gwyneth Michel, Sharon Michel Benson, and Rev. Dr. Nola Reed Knouse, the play tells the story of a very seasick Count Zinzendorf, Captain Garrison of the “Irene”, his wife Marianne and their crew as they sail to Moravian mission locales in the Caribbean, Africa, Greenland and everywhere in between. It is both an historical and hysterical look at the boldness of our missions, as well as a challenge to be bold today.

The opportunity to perform Irene presented itself as a part of the “Mission Voyage,” a mission fair highlighting local, provincial and Unity opportunities. Creative staff were brought together, auditions held and by May, rehearsals were underway. Advent Moravian in Winston-Salem, where the play would be performed, was gracious in allowing us rehearsal time and space. Youth from 14 different Southern Province congregations, from as far away as Raleigh and Huntersville joined in as our cast and chorus. Amazing sets were built, costumes created and props scrounged. These kids worked hard!

The time came for the performance. A replica ship had been built, revolving scenery installed, music learned, a genuine ship’s wheel donated by Rev. John Jackman, lights, microphones, sound and special effects for a violent storm at sea prepared – we were READY!

And just like that, no special effects required, Hurricane Florence blew through. As the largest of the challenges we faced, it proved insurmountable, and the play and Mission Voyage Festival were cancelled. It seemed as if there would be no opportunity to perform as the building we were using was unavailable for the near future and there was no place to store large sets. We were heartbroken for the kids who had worked so hard for four months and for the people who wouldn’t see the “Irene.”

But Jesus leads on! Immediately, Trinity Moravian and Rev. John Jackman called and offered their Fellowship Hall for the following weekend. Almost everyone was available! Though we couldn’t bring most of the set/scenery because of space constraints, and the performers had never been on that stage before (and it was half the space they were accustomed to!) the show was amazing!  Because we lost many of our chorus members due to the rescheduling, others filled in—including a bishop!  It was a special day indeed—and our province was able to see what astonishing talent we have in our midst. 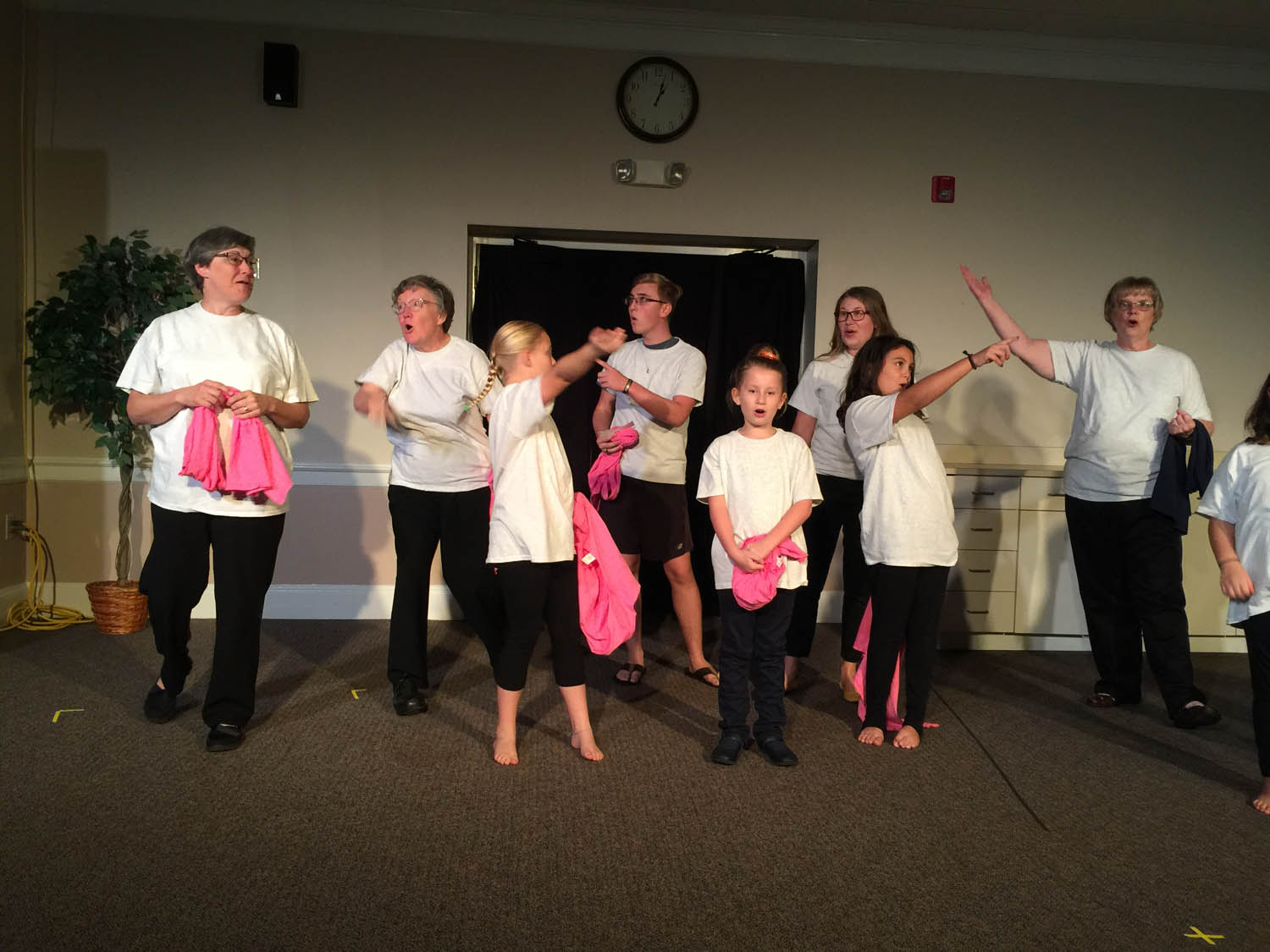 Bringing arts and missions together

It was an incredible experience. We don’t always think of the arts when we think of missions. Here, working together – creative adults and young people – we found ourselves amid holy joy and excitement, part of a modern-day parable. It was good to remember that mission takes on many forms, and that our God-given creativity is just one way we share the Gospel with the world. With good precedent: Jesus taught in parables. We are so grateful to John Wallace for his talents, and for his generosity in allowing some minor adaptations to his fabulous play!

The team God brought together had a common vision: to present “Irene” as a gift of ministry. There is not enough space to describe the incredibly hard work of everyone involved, especially our young and amazingly talented actors. Everyone did their job with joy, enthusiasm and expertise. We, as a Church, should always be on the lookout for such creative people! The sharing of these many different gifts was and remains a blessing, because they also shared their walks in faith, their love of Jesus and their hopes and dreams for the church. Many of the young people shared that they felt they had finally found “their place” in the church.

“Irene” celebrates our history. It honors what we strive to be: Jesus’ hands and feet and hearts, compassionate servants with love in all things. It dares us to use the creativity in our midst in service to God and God’s people. It challenges: are we bold like these early sisters and brothers? Are we bold enough to continue a long tradition of being light and love in the world, and in new and non-traditional ways? Are we bold enough to continue to say, “Our Lamb has conquered! Let us follow Him!”?

Joyce R. Carter, director, “Irene: The Adventure Begins!”, is part of the Come and Worship ministry in Winston-Salem, N.C. For more information on Irene, visit www.moravianmusic.org.