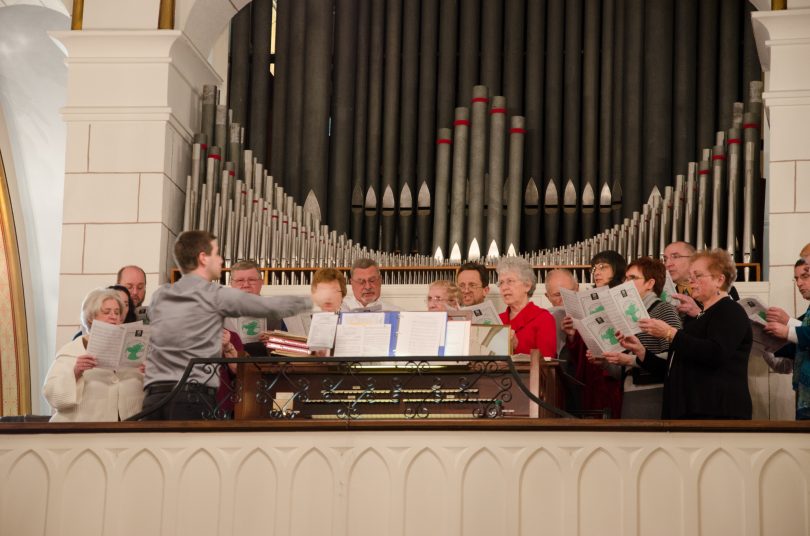 “Does your choir sing Moravian anthems?”

“Are you kidding? They’re too high – and too hard! We haven’t done those for years.”

Yes, we’ve heard that concern at the Moravian Music Foundation, and we’ve been listening. In response, we’ve launched a new sub-series in the Moravian Star Anthem Series. In this new series (printed with green covers, in contrast with the red and blue covers), anthems from the 18th or 19th centuries are arranged to be accessible to a smaller choir. We transpose the piece down a whole step or more, recognizing that today’s standard pitch (A=440) is about a half-step (or more) higher than the pitch standard of 200 years ago, and acknowledging that the singers in Moravian settlement congregations 200 years ago received, in general, more vocal training than our church choir members do now.

Transposing the pitch down isn’t the only arranging that’s done, however. When you lower the pitch for the sopranos, you also lower it for the basses—and our basses can only go so low—so often some re-writing of the bass line is needed. And many congregations don’t have enough singers to have a four-part choir; so we have arranged these anthems for a three-part choir – soprano, alto, and baritone (in a mid-range, singable by both tenors and basses). In these anthems we print only the English translation, in slightly larger type size as well. (In the “blue series” we print both English and German texts.)

Two of these “green series” pieces are in print now: O the Blessedness Is Great was originally in F major, so that the soprano part went to the high F quite frequently, and was originally written for two soprano, alto, and bass parts. (In an early 1950s publication it was arranged for soprano, alto, tenor, and bass parts.) The new arrangement is in D major for three-part choir.

The Fruit of the Spirit was also originally for four-part choir with flute, in the key of A major, where the soprano “hovers” in the high E-F#-G# range. The new “green series” publication is in the key of F, so the soprano hovers in the C-D-E range, and again, the piece is arranged for SAB choir.

Several other three-part “green series” pieces are in the pipeline for publication now. Do you have old favorite Moravian anthems you wish your choir could sing? Let us know, and we’ll see if it will work! 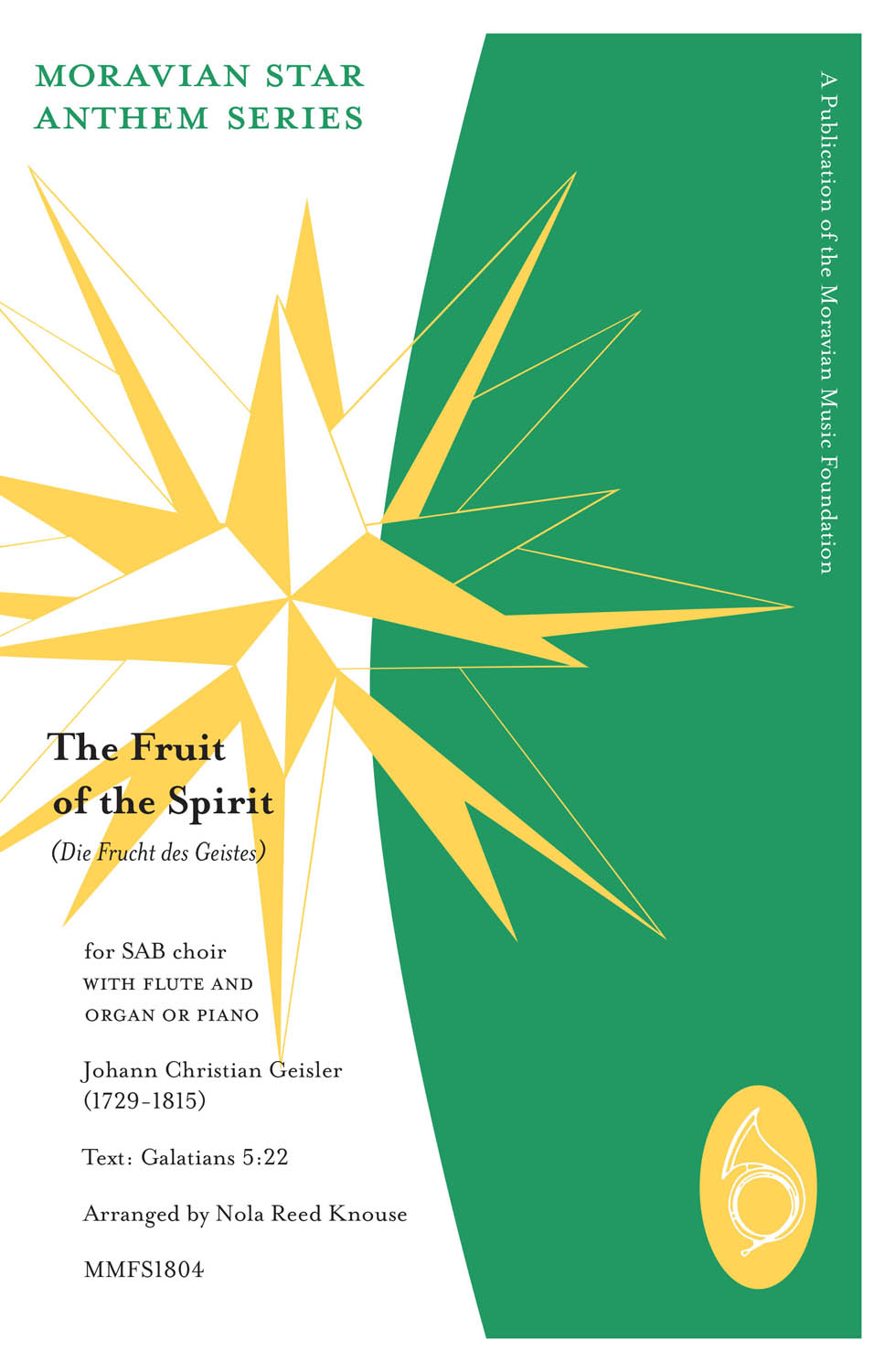 Arranging musical compositions for smaller forces is an effective way of making the music more widely accessible. Do you remember learning and singing classical masterpieces in more accessible arrangements in high school and college, pieces we would never have been able to sing or play in their original versions? This new “green series” has just that goal – to make this body of music, written by our forebears in the Moravian faith, written for Moravian worship, available to as many of our congregations as we can.

Moravian Star anthems already have been published with blue and red covers. Those with blue covers are editions from the old manuscripts in our care; most of these anthems were written in the later 18th and 19th centuries, and we’ve pulled out those manuscripts, transcribed them into modern notation, translated the German texts into English, and (where needed) created a part for piano or organ from the original string orchestration. Those with red covers were written by living Moravian composers – people like Brian Henkelmann, Jill Bruckart, Dirk French, Jonathan Sidden, and Zach Bailey. These anthems carry a fresh new sound, using today’s musical language to express and deepen our faith.

Launched by the Moravian Music Foundation in 2007, the Moravian Star Anthem Series seeks to publish Moravian sacred choral music of all eras. Over 80 anthems have been published in the series to date, about one-fourth of which are by living Moravian composers. Most of these publications have been funded through sponsorships, with the sponsor dedicating the publication in honor or in memory of someone or of an organization or event. To inquire about sponsoring a publication, please contact the Moravian Music Foundation: [email protected]; 336-725-0651.

The Rev. Dr. Nola Reed Knouse is director of the Moravian Music Foundation.