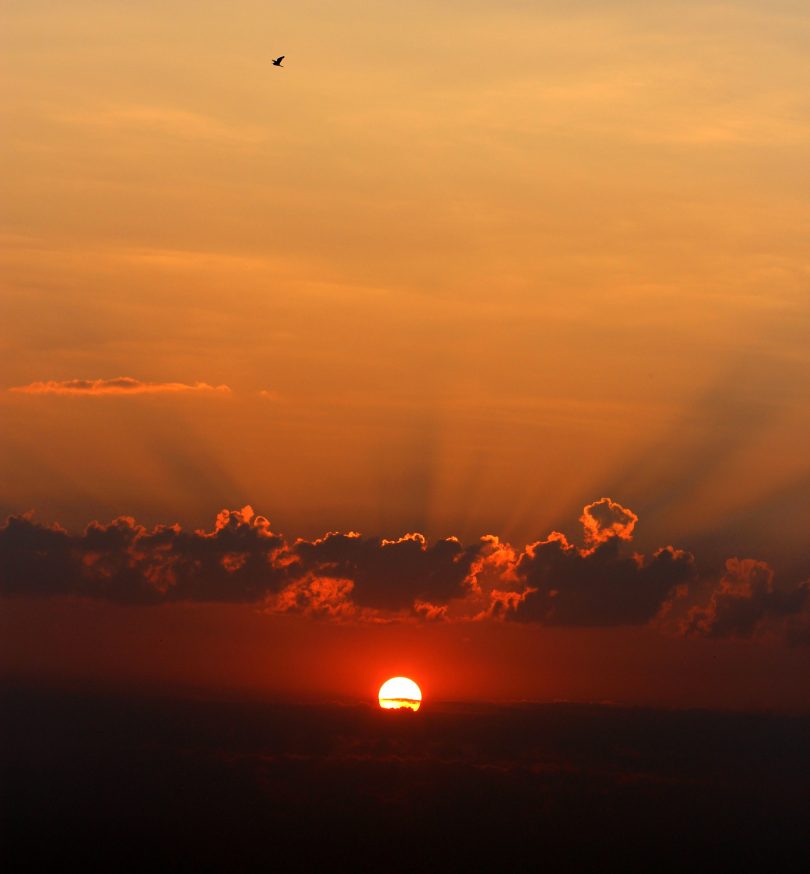 This month, we share writings based on Luke 12:49-56. This Bible text is for Proper 15 in Lectionary Cycle C of the Revised Common Lectionary used by the Moravian Church.

The Signs of the Times

“Hypocrites! You know how to interpret the appearance of the earth and the sky. How is it that you don’t know how to interpret this present time?” Being a pastor in farming communities the past nine years has helped me be more aware of the weather. When I was younger, I never wanted much rain, because then the grass would grow faster, and I’d have to mow more often, or outdoor activities would be cancelled. I hated it when baseball games were rained out. Now I’m more aware of the need for rain to help the crops grow, and I’ve learned how to interpret weather patterns by looking at the skies.

There are signs out there as well that point to the coming of God’s kingdom. All we have to do is look at all the immorality in the world. Society has, by and large, turned its back on God’s commands—and, sadly, so has the church, for the church has embraced some of society’s iniquities. The signs are plain. They are just ignored by the world.

The signs have already caused the divisions that Jesus speaks of in Luke 12:52 and 53. Families are divided—natural families and church families. There are divisions caused by politics, economics and religious practices. There is only one solution: Jesus. There needs to be true repentance, the turning from our sinful ways, and following Jesus as the only way. There is no middle ground when it comes to following Jesus. He demands our devotion and our commitment, even if it means other relationships, even family relationships, are cut off. Are you willing to risk the disapproval of your family, even your church family, so that you can follow Jesus?

Many people think and respond to the gospel as a mere tame and spiritless influence, or a mere soothing and stroking down of human faults and passions. This is totally contrary to Jesus’ description of the gospel in today’s reading, in which he spoke of it as a “fire.” Fire in this context is a symbol for spiritual judgment.

Before the fire of the gospel can blaze to cause cleansing, scourging and demolishing, and add the grace of washing, transforming, kindling, inspiring and enabling; the bearer of the gospel must die. Jesus knew that his baptism of suffering was a necessary initiation for his followers.

Men and women in every age and generation have lived in the blaze of this fire which enkindled their souls with the fire of love, the fire of zeal, the fire of compassion, the fire of an outspoken boldness, and a fire of even an impatient and intolerant hatred of misery and wickedness. This fire has demolished idols and made missionaries strong, martyrs brave and churches militant. This fire has caused social upheaval, instead of the status quo because of its demands that loyalty to Christ take precedence over the dearest loyalties on this earth. The progress of the gospel and the response to it do not lead to peace and ease, but strife and division, even in families.

Jesus condemned the crowds because of their ability to discern the signs of the weather but not the signs that were associated with his ministry. Their lack of perception was due not to ignorance but to hypocrisy (Luke 12:56). It was because of their hardness of heart and their refusal to acknowledge and welcome the kingdom of God. They rejected the work of the Spirit of God in their hearts and in the ministry of Jesus.

As we reflect on the first Moravian mission of August 21, 1732, may our hearts be rekindled with the fire of the gospel.

Setting the World on Fire

One of the earliest lessons we teach our children is to not play with matches. We don’t want them starting fires. We want to keep them safe from harm.

We know how destructive fires can be. “Smokey the Bear” tells us of the devastation caused by forest fires. Mrs. O’Leary’s cow reminds us of how the city of Chicago was destroyed by fire. The newspapers are full of stories about how the careless use of smoking materials and matches has started house fires that have destroyed lives, families and possessions.

That is the destructive power of fire.

On the other hand, in our Gospel for today, Jesus seems to be pointing toward a positive force of fire. “I came to bring fire,” Jesus states, as though he were ready to set the world on fire. These words are filled with urgency. Jesus seems to ask the question, “Are you ready for what I am about to do?”

What is it that Jesus would do that would need such immediate attention? How was he going to “set the world on fire”?

Jesus’ ministry challenged the faith of all who heard him. To those who believed, Jesus seemed to be saying that if they took their faith seriously, they would likely be misunderstood by some and opposed by others—even family.

To those who didn’t believe, Jesus seemed to be warning of the power of the “fire” he would bring and how lost they would be.

On Pentecost there were flames of a spiritual fire that began to “set the world on fire.” The beginning of the church had a sense of urgency. God was calling the church to be ready.

I believe the call is the same today. The Spirit of Jesus is still trying to set the world on fire through the church.

We need only to listen to God’s call and be ready to respond.

Today’s Gospel lesson is probably not one we would pick as a congregational watchword. Jesus is making a speech riddled with images of fire, baptism, division. At least with two of the images, fire and baptism, Jesus appears distressed that he hasn’t completed these tasks. Placing this in the midst of the journey to Jerusalem, Luke may be implying that the completion of these tasks takes place on the cross, when Jesus is “immersed” in death.

One thing is clear: things will soon be changing. Jesus has come to upset the status quo. An interesting passage in the Gospel of Thomas attributes this saying to Jesus: “He who is near me is near the fire, and he who is far from me is far from the kingdom.”

A by-product of fire is light, and light reveals those dusty relics we all like to cling to, even when they have outlived their usefulness. They may be attitudes, behaviors, or ways of doing things that were once effective, but are kept around just because they are convenient. They keep us safe in a hostile world. They provide a foundation amidst an ocean of change. It is little wonder that the greatest priority for many of us is to get as far as possible from the divine fire.

But if we take today’s passage seriously, dusting off those relics once in a while is no longer acceptable. Can it be that we don’t know how to interpret the present time? Can it be we have grown so complacent that we are freezing to death, not even aware it is happening?

Jesus has come to shake things up and to challenge us to examine the inconsistencies between attention and neglect, in our churches and in our personal lives. These inconsistencies may reveal a pattern of prioritizing the insignificant while jeopardizing the things that are of greatest value and importance.

These messages appear as part of the Sunday Bulletin Service offered by the Interprovincial Board of Communication. Churches interested in subscribing to this service can contact Jill Bruckart at [email protected]

“I came to bring fire to the earth, and how I wish it were already kindled! I have a baptism with which to be baptized, and what stress I am under until it is completed! Do you think that I have come to bring peace to the earth? No, I tell you, but rather division!  From now on five in one household will be divided, three against two and two against three; they will be divided: