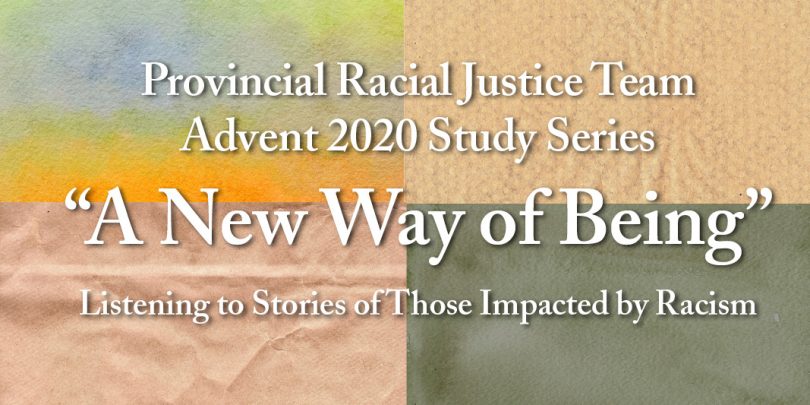 The Northern Province Provincial Racial Justice Team is providing resources for the Advent Season in the form of a series called “A New Way of Being.” We are offering four session that feature a video story shared by a Moravian who has been impacted by racism.  The session will also incorporate the Revised Common Lectionary Text from Sundays in Advent, a short written reflection and discussion questions.

You may invite your congregation to join in a Provincial Zoom Wednesdays December 2nd– 23rd  led by members of the Provincial Racial Justice Team at 5pm Mountain, 6pm Central and 7pm Eastern to last no longer than one hour.  Use this link for all four sessions.

The materials are also available if you choose to utilize during worship, adult or youth discussion as an alternative to Wednesday evenings.

The complete text of this study can be found here.

Lord, you give life to everything, and the multitudes of heaven worship you. Nehemiah 9:6 NIV

From him and through him and to him are all things. To him be the glory forever. Romans 11:36

Jesus, your name is wonderful! We wake up this morning with songs of praise on our lips and prayers of thanksgiving on our hearts. Thank you for the gift of another day and thank you for always abiding with us. Amen.