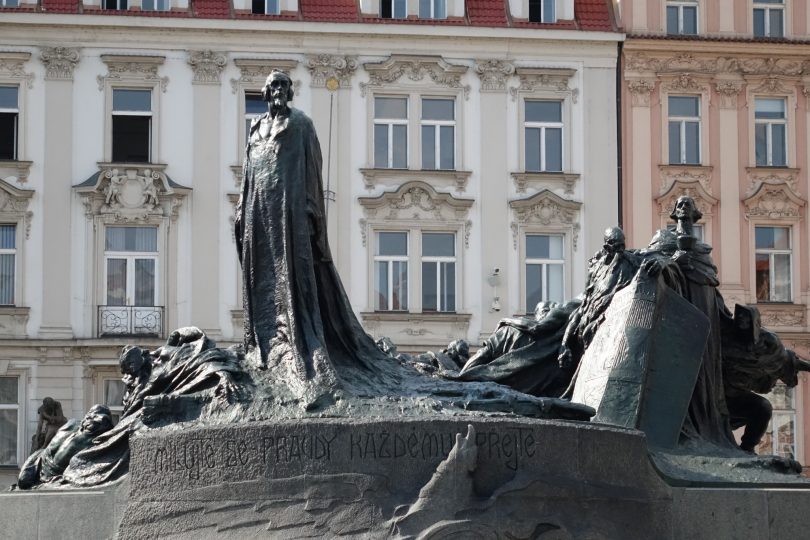 July 6 is a special day of remembrance in the Moravian Church. On this date in 1415, a Catholic Church council in the city of Constance executed one of the great Christian reformers.

Millions of Christians worldwide, including Moravians, view Jan Hus as a martyr to the gospel and a saint, even though he was officially condemned as a heretic. For many people in Bohemia, Moravia and elsewhere in Europe, the execution of Hus proved beyond doubt that radical reform was needed for the medieval Catholic Church, which had grown corrupt in doctrine and practice. A century after Hus’s death, Martin Luther could boldly proclaim that he, too, was a Hussite.

Hus tried to reform the Catholic Church of his day through his preaching, teaching and writing. He challenged the corruption of the church and called for priests and pastors to live as spiritual role models for their flocks. He aggressively rejected the sale of indulgences and opposed other ways in which the institutional church sold spiritual goods.

Most of all, he urged the church to use the Holy Scriptures as the ultimate guide and authority for doctrine and practice. He untiringly preached that mere belief in doctrine is not sufficient for salvation. Faith must be completed in love, by which he meant love for one’s neighbor.

When his preaching frightened those who held power in his day, Hus was arrested, tried and convicted. He committed his soul to Christ and bravely faced the executioner’s flames, trusting that his soul would return to the Lord he loved. Hus believed truth would prevail even if he were killed.

The Moravian Church was founded decades after the death of Hus as a new Christian community dedicated to his principles. The Moravian Brethren dedicated their lives to Christ and tried to live according to the teachings of Jesus in the Sermon on the Mount. They turned away from the allure of wealth and power and embraced lives of Christian discipleship and self-discipline.

Through the centuries, Moravians have preached Hus’s message that faith must be completed in love and they have established congregations dedicated to the simple proclamation of the good news of Jesus Christ and God’s unlimited love for all people. The courageous witness of Jan Hus, who gave his life so that the truth would prevail, has inspired Moravians for hundreds of years.

Six hundred years after his death, Moravians proclaim Hus as a martyr to the truth, a faithful witness of the gospel and a shining example that truth cannot be destroyed by violence.

In 2015, a group of Moravians from the U.S. and Canada visited the Czech Republic to trace the roots of Jan Hus and the early Moravian Church. Read about their tour in the Sept. 2015 edition of The Moravian Magazine: