The second annual Moravian Day of Giving is Tuesday, March 1 (also the anniversary of the beginning of the Unity of the Brethren, Shrove Tuesday and Mardi Gras).

In faith, we are increasing our goals for this year. While many continue to face illness and loss of income, some of our brothers and sisters are not in a position to give as they had planned or have decided not to give. And yet, the need is great. Many of our neighbors rely upon Moravian ministries more than ever this year. If you have been blessed to be in a position to do so, and feel called by the Spirit to do so, please consider a one-time gift above and beyond your pledge or tithe on March 1. Our goals are:

If all these goals are met, one of our $10,000 matching donors has made a “purple hair pledge.” Make it happen!

The sacrificial lamb and the silence of the lions 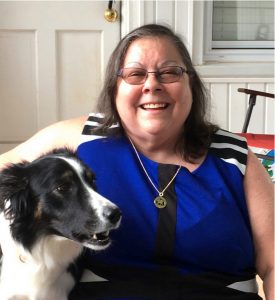 By The Rt. Rev. Carol Foltz

Will March come in as gentle as a lamb or as fierce as a lion? Many of us consider these animals to be symbols of the weather extremes that come in March. But, imagine instead the Old Testament references to the sacrificial lamb: Spotless, perfect, valuable, the first fruit gift of the flock. The animal sacrifice on the altar must have been a gory and bloody scene that was anything but gentle. Yet, it was the price that had to be paid – and it was an act of love. John 3:16 tells us, “For God so loved the world that he gave his one and only Son . . . ,” for which the sacrificial lamb is a symbol. The lamb that we see victoriously carrying a flag in the Moravian Seal has conquered, but was a sacrificial gift first. Giving hurts. Abraham had to imagine how much it could hurt when he believed he was being asked to sacrifice his son, Isaac.

But aren’t you glad I’m only going to talk about monetary giving? The Moravian Day of Giving is March 1. It’s the day we ask those who have been blessed abundantly to make a financial gift, above and beyond their pledge or tithe, to help fund the important work of Moravian ministry. Make an unexpected gift to the Moravian congregation, agency, ministry, or grant-making field of interest or designated fund of your choice. It’s easy to do through the Moravian Giving Portal at mmfa.info/giving-portal/. The Moravian Ministries Foundation in America pays the processing fee, so the entire amount of your gift goes to the recipient. And, thanks to some very generous matching gift donors, the recipient may actually receive more than you give. 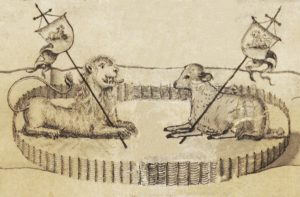 Löwenlamm from a 1749 design drawing for a Moravian settlement in Europe, courtesy of the Moravian Congregation at Zeist, The Netherlands.

Another bible story seems relevant to the lamb and lion metaphor: “The silence of the lions” refers to the sixth chapter of Daniel. Daniel’s obedience and diligence in praying to God had earned him certain death in the lions’ den. Like Abraham, Daniel had to imagine the ultimate price of obedience. But again, God miraculously provides protection and demonstrates his authority over the world. Daniel emerges from the den of lions the next day unharmed, which reminds me of the resurrection of Jesus. Daniel said, “My God sent his angel, and he shut the mouths of the lions. They have not hurt me, because I was found innocent in his sight.” King Darius himself, became a believer at this report. And the change of heart did not come through violence and bloodshed – but through the closed mouth of the tamed beast.

If you have experienced the salvation, mercy and blessings of God, and are in a position to make a gift above and beyond your pledge or tithe, I hope you will do so on the March 1 Moravian Day of Giving. Your total gift through the Moravian Giving Portal will go to the congregation, agency, or ministry of your choice to spread the gospel’s message of love.

We give thee but thine own 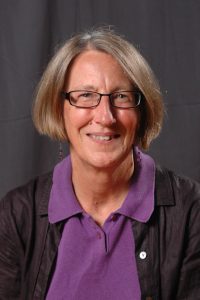 By The Rt. Rev. Blair Couch

The Rt. Rev. Blair Couch is a bishop of the Unity serving in the Moravian Church in America. She is a direct descendent of Count Nicholas von Zinzendorf on both sides of her family, making her both a 6x great-granddaughter and a 7x great-granddaughter.

March 1 is the anniversary of the Moravian Unity. On that day, 565 years ago, The Unity of Brethren formed in Bohemia. And it has been “unity” that brought our faith this far. We’ve worked and lived collaboratively, and even communally, to be obedient to Christ and bring the good news of the gospel to the world in need. But unity hasn’t always been easy. It has taken, and continues to take, hard work.

Division of all kinds distracts us from the work of loving our neighbors and spreading the good news of the gospel. It makes us less generous and less trusting, but unity makes the work possible.

That’s why my 6-time great-grandfather (and also my 7-time great-grandfather), Count Nicholas von Zinzendorf was there in 1727 to craft the Brotherly Agreement and present it to the faithful to sign in order to bring them together. It’s now known as the Covenant for Christian Living, and it says this about giving:

We will support, according to our ability, the financial needs of the local congregation, the District, the Province, and the Unity. We will consider the support of the benevolent causes of the Moravian Church, both at home and abroad, as a privilege, an opportunity and a responsibility.

After committing to writing the things upon which they could agree, Moravians experienced a spiritual renewal that compelled them to leave the safety of Herrnhut, brave stormy seas, and reach out in love to the world. It’s amazing what God can do when Moravians work together!

So, this year on March 1, the Moravian Day of Giving, let’s show our unity in supporting ministry by making a gift above and beyond our pledges or tithes—to the Moravian congregation, agency or ministry of choice. It’s easy on the Moravian Giving Portal,
mmfa.info/giving-portal/-—much easier than braving stormy seas. Consider how an unexpected gift will be a blessing to someone!

Unity in the essentials. 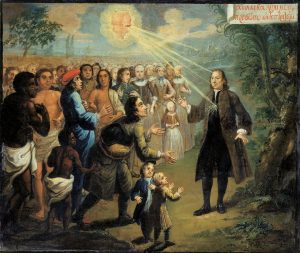 Painting of Count Zinzendorf by John Valentine Haidt. Reproduced with permission of the Unity Archives in Herrnhut, Germany.

When we think of the essentials, we think of faith, love and hope. But did you know the word “give” appears in the bible nearly as often as the words “faith,” “love” and “hope” combined? Maybe that’s because giving is associated with priorities. Giving can be an expression of your faith in God, your love for others and your hope for the future. Matthew 6:21 tells us, “For where your treasure is, there your heart will be also.”

Some of our brothers and sisters are not in a position to give this year as they had planned. Sickness, unemployment and loss of income are among the challenges many good people face. So, if you are in a position to make an additional gift, it is a blessing for which many others can only wish. The amount of your gift is less important than the spirit of love which compels you to make it.

Last year our collective gifts totaled more than $80,000! This is the kind of unity that changes the world. So, let’s all give generously this March 1 and be the Unity.

Some of the gifts last year went to our Field of Interest Funds for various causes. Thanks to those gifts, this year a record number of grants from those funds helped Moravian congregations, agencies and ministries serve their communities with faith, love and hope.

To learn more about Field of Interest funds and the 2022 Moravian Day of Giving on March 1, visit www.mmfa.info.