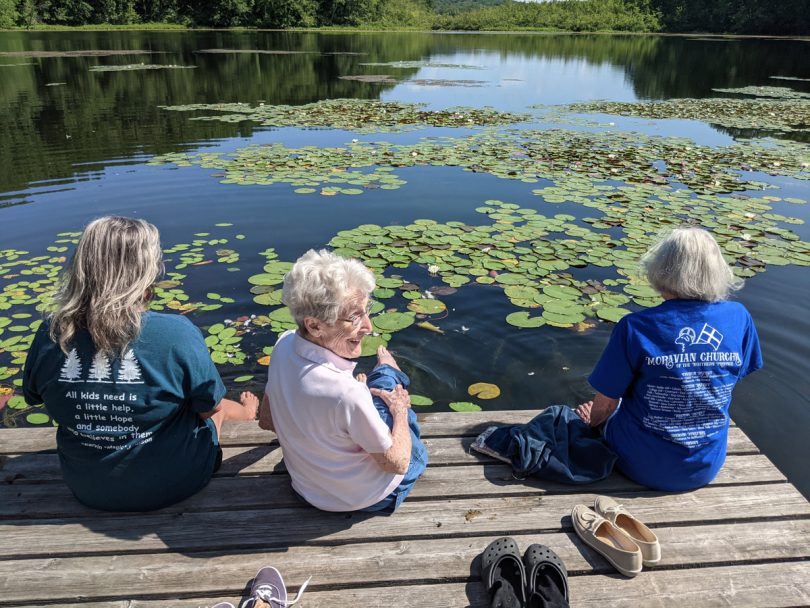 In the fall of 1945, members of the Moravian Youth Conference presented a resolution to the Eastern District Synod. They asked the Executive Board of the Eastern District to secure a suitable campsite for the annual Moravian Youth Conference as well as other Moravian Christian education programs. The resolution was approved, and the following year, on April 23, 1946, ground was broken for the first building—the dining hall/kitchen. The very first 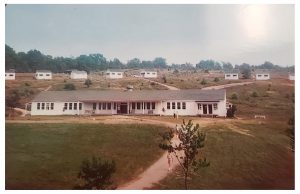 That first building still welcomes campers to sit on the porch while waiting for their meals, to sing grace before partaking and to pass the potatoes down the long, wooden tables. In 1947, grace may have been the traditional Moravian grace; today, it might be the “Superman” rendition. Back then, the potatoes may have been mashed; today, they might be smiley fries.

Little Silver Lake was a big draw for those first Camp Hope campers. They swam, splashed and slid into the lake on hot summer days. Today, a beautiful in-ground pool is the setting for games of “sharks and minnows” or basketball, as well as lounging on a pool noodle, chatting with friends. Campers still enjoy paddling a canoe around Little Silver, admiring 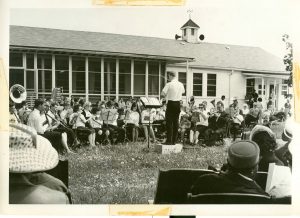 the lily pads and looking for fish, frogs, and turtles.

In 1947, as campers got up in the middle of the night to use the facilities in a nearby building, could they have imagined that 56 years later there would be heated cabins with attached bathrooms? Camp Hope is no longer just for summer camps — groups can spend the night comfortably throughout the year.

If you attended camp just a few years ago, you may recall sweltering in Hassler Hall (also known as the Lower Lodge). In 2019, the former USO building got a makeover, including a new roof, new siding, and an HVAC system. The summer of 2022 will be the first time that campers can watch a movie in cool comfort. Heating Hassler Hall also allows for larger groups to rent the facilities during the spring, fall, and winter. 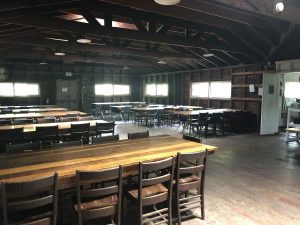 While much has changed in 75 years, the things that make Camp Hope special remain the same. It is still a place in God’s creation, set apart from the world’s hustle and bustle. It is still a place that welcomes all of God’s children into a community of faith and love. And to many, it is still a “home away from home” and “the best place on Earth.”

A lot has changed…

For the past two summers, Camp Hope was unable to have our regular camps. In place of that, we welcomed families to come to Camp for the weekend and one camper, Alice Yeakel, a member at Nazareth Moravian Church, shares her thoughts on the weekend and how much Camp has changed and stayed the same since the last time she was there.

So when Suzanne Curtis asked “Would you like to spend a weekend at Camp?” I felt some hesitation. But then I thought “Why not?”  It would be a renewal…a reunion. 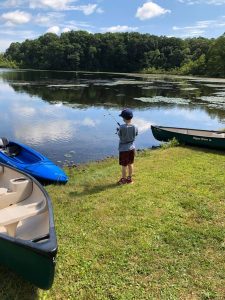 How much would be the same? How much changed? The lake, the hills, the dining hall, the lower vesper site remain the same. You can still sit on the expansive dining hall porch overlooking the lake. The same tables are in the dining hall seating a dozen campers per table.  The original vesper site is still down by the water. The walking paths to the hillside cabins are the same but the hill now has trees and shade! The auto road is now paved.  The cabins are heated and air-conditioned with indoor bathrooms. There is a now second lodge about 2/3 of the way up the hill with a fireplace and full kitchen.

But what is the most fulfilling part of the camp experience? It is the fellowship…the gathering of Moravians from other congregations…Maryland; Riverside; Emmaus; Philadelphia. We shared our thoughts, our experiences from prior camps.  We shared varying viewpoints and ideas. If I were to pick one outstanding feature it would be the  young people on staff. Their enthusiasm was contagious! They were present at the pool as lifeguards andready and willing to take us out on the lake in canoe and kayak. They scrubbed tabletops after meals,  lead campfire and made S’mores!

If I were to summarize the weekend it would be the young intermingling with old, the new improved facilities with the remaining original ones. It all “blends.”  After 75 years,  Camp Hope is still a place to “come together’’…to praise the Lord and give thanks for His many blessings.”

Suzanne Curtis is director of Camp Hope Camp and Conference Center. Thanks to Suzanne, Alice Yeakel and Jodie Harney, Camp Hope board chair, for this article and photos.

Watchword for the week — So let us not grow weary in doing what is right. Galatians 6:9

I live by faith in the Son of God, who loved me and gave himself for me. Galatians 2:20

Dear Lord, we give thanks for all that you have done in our lives, for the lessons and the blessings. We rejoice in the gifts that have blossomed from focusing on our relationship with you. We pray for continual growth and discernment. Amen.