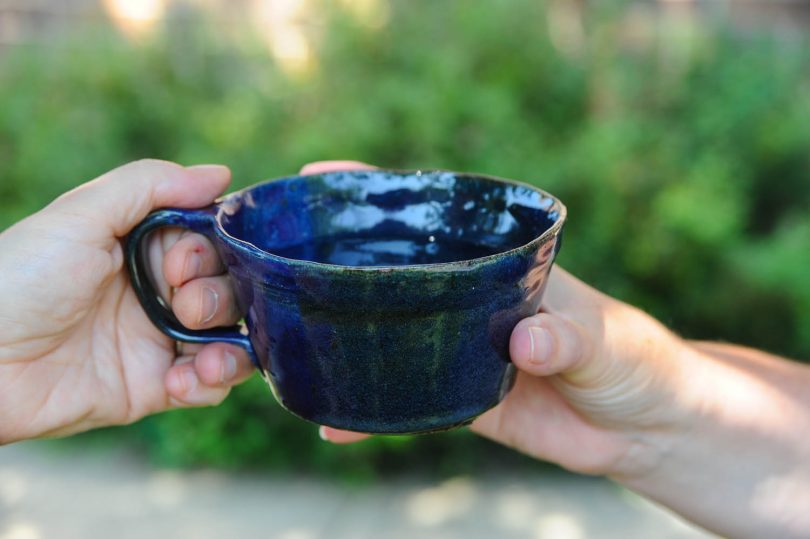 Jesus told a story about two men. One man was very rich—so rich that his table overflowed with fine food and drink every single day. One man was very poor—so poor that he lay outside the gate of the rich man’s home, each day hoping for a bite to be shared from the rich man’s table. The rich man covered his skin in fine purple linen clothing. The poor man’s skin was covered in sores.

Day after day, the poor man waited outside the gate, hoping to be seen by the rich man. Yet day after day the rich man went on enjoying his feasts and fine clothing, never seeing his ailing and hungry neighbor right outside of his gate.

Isn’t it interesting, though, that Jesus slipped in another shocking detail about caring for our neighbor? He said that while the rich man didn’t pay a bit of mind to the needs of Lazarus, the neighbor whom he knew by name, the dog that was also hanging out at the gate did pay attention. The dog tended to Lazarus’s sores, tenderly licking them and providing comfort and healing.