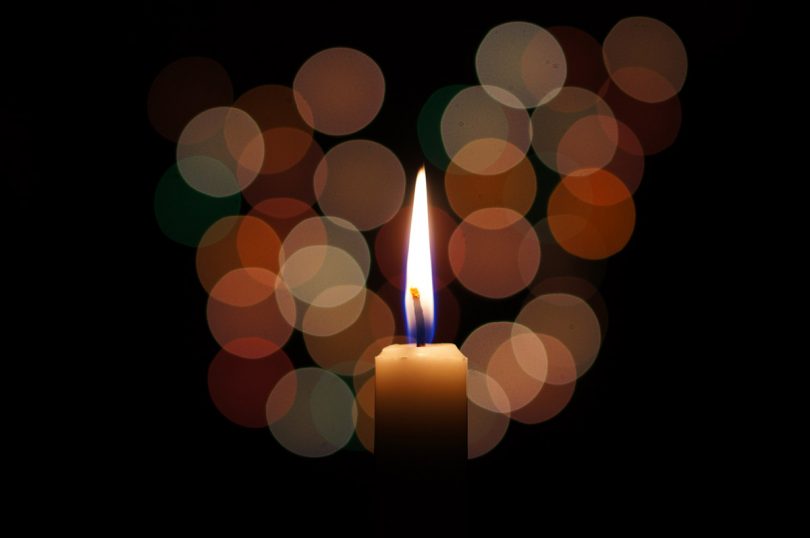 John the Baptism, a political prisoner of Herod, knows he is unlikely to get out of prison alive. But he wants assurance that he was right when he pointed away from himself, to Jesus. So John sends friends to ask Jesus, “Are you the one I said you are?”

Jesus’ response is simply, “Look around you. Tell John about the lives that are being changed!” In this spirit, the bulletin cover pictures Isaiah 35:1: “The desert shall rejoice and blossom.”

Earlier this year I had to call a plumber. When he arrived, I noticed a tattoo in Hebrew on his neck. When I asked him about it, he said that a few years ago his life revolved around drugs and his marriage was failing. Then he gave his life to Jesus, and he is a new man. His faith language and his eagerness to tell his story were not what we usually hear in the Moravian Church, but he had a story to tell, a story of changed life.

Kim Phuc’s photo, taken in 1972, is world famous: a naked Vietnamese nine-year-old fleeing as Americans dropped napalm on her village. She spent many months in hospital to deal with her burns. A decade after the photo she became a Christian. Later she wrote, “My faith in Jesus Christ is what has enabled me to forgive those who had wronged me.” She met and became a friend of the pilot who bombed her village. This too is a story of changed life.

Both Northern and Southern Provinces are inviting us to reflect on how the church, intentionally or unintentionally, has been involved in our culture’s actions to limit the opportunities of people of color. This too is a story of changed life.

What kind of report would John the Baptist hear today? As we prepare to celebrate the birth of Jesus, do we see the ministry of Jesus continuing through us: as individuals, as congregations, as neighborhoods, through how we as the people of Jesus shape the groups that we are part of, through how we respond to the people in need where we live?