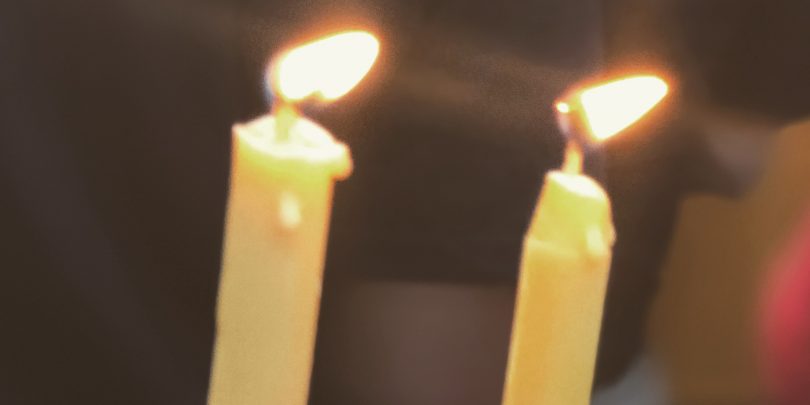 BY THE REV. CHAZ SNIDER |

As Sunday morning came closer I began to wonder how we could address what happened as a community of faith. I did not believe it was something that could be ignored. Two Sundays ago at our church, Ardmore Moravian, we had communion in remembrance of the August 13th revival of the Moravian Church.

At the communion table there is unity, there is togetherness, and there is peace. At the table, the well-being of all is the utmost priority.

Photo via The Sacrament of Holy Communion, Moravian.org

But unity is not some fluffy concept that sounds really good on a bumper sticker or some unattainable utopian ideal. To truly say we come together in unity despite our differences, is to also say that certain things are not welcome.

When we gather at Christ’s table, hate is not welcome. When we break bread and pour wine in remembrance of what God has done, racism is not welcome. Violence and bigotry have no seat at this table. True unity means urgently resisting the ideas of hate, bigotry, and racism.

Last Sunday night my wife and I attended a vigil for unity in response to the Charlottesville events. At a park in downtown Winston-Salem, a variety of people gathered. It was organized by local Republican and Democratic groups to inspire unity. At the end of the vigil, we all held up candles to honor those who were harmed and to stand in solidarity together.

My wife and I stood there with our Moravian lovefeast candles. A familiar symbol to anyone who has been to a Moravian Christmas lovefeast. It is a candle I have held probably hundreds of times in my life. Although this setting was very different from where I usually have held this candle up before, the meaning behind why we hold that candle up is the same.

The flame of that candle proclaims that God is not distant, far away, or absent. It proclaims that God has come to dwell in the midst of our world despite it continued brokenness, violence, and hatred. My hope for us as Moravians, is that we can live into our traditions of unity and that those traditions will empower us to resist any forces that wish to promote hate and division. Holding that beeswax candle with its red trimming is a radical statement of love no matter where you are.

Rev. Chaz Snider is the pastor at Ardmore Moravian Church in Winston-Salem, NC

Sixth Sunday after Pentecost
Watchword for the Week — There is therefore now no condemnation for those who are in Christ Jesus. Romans 8:1

Lord, you are righteous, but this day we are covered with shame. Daniel 9:7 NIV

By grace you have been saved through faith, and this is not your own doing; it is the gift of God. Ephesians 2:8

Amazing Father, you give us such great gifts; gifts we feel we don’t deserve. But you hold us in your hands, love us, and save us. Help us appreciate your amazing grace. Amen.