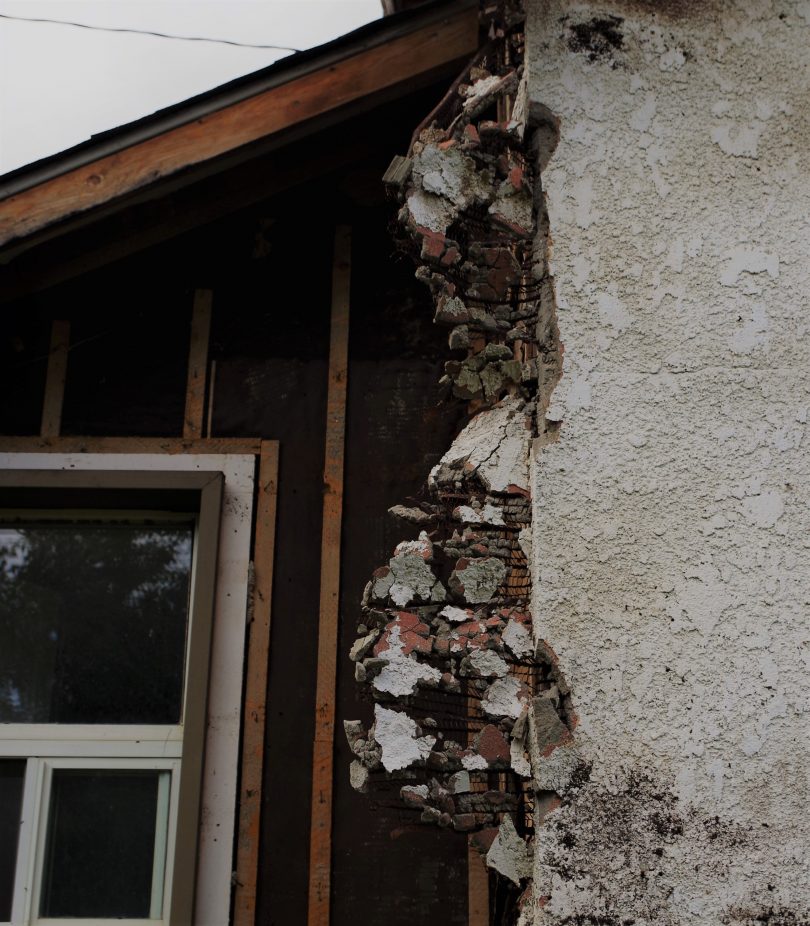 Jim takes great delight in helping others. He is involved in nearly every aspect of church life at Grace Moravian (Mount Airy, NC).  His humor and kindness are contagious.  He has a way of surveying a room and seeking folks out to give a warm embrace along with his trademark greeting: “How you doin’!”  Jim could have easily been a character on the Andy Griffith Show.  He has been a natural fit for the environment and culture of “Mayberry” for more than 30 years!  Jim is a living reminder that challenges the myth of the One-Story.

“The One-Story” describes the tendency to reduce people, groups, and places to caricatures. Like all people from a certain place must be like the stereotype one may have of that place or the people from that place.

Tourists stop by the church office and ask polite questions to see if life in Mount Airy is like the Andy Griffith TV show from the 1960s.  They are puzzled over what a Moravian is and how Andy was associated with a group they have never heard of.  The conversation is usually brief.  Taking in info and sorting through what might cause you to dismantle a stereotype built through a “One-Story” view isn’t easy.  It’s hard work.

If you have a stereotype of people who grow up on the streets of Harlem and the Bronx – Jim will shatter it.  Somehow, he has mastered the ability to be an ambassador of Southern hospitality.

One of his favorite pastimes is going on mission trips to do repairs in areas where there has been storm damage.  His wife, Glenda, has become a part of the effort and it’s one way they enjoy remaining very active as retired people.

Recently, they served on a trip to Swansboro, NC.  Jim’s crew was assigned to a home that needed basic repairs before it could be certified as livable.  They were met by the home owner.  The first day spent sizing up the task, getting to know the resident, and making an accurate plan of action.

Back at the church, the crews assembled at the end of the day for dinner and reports from each crew.  Jim and his team were struck by how the residents at all the other sites had been vastly different than theirs.

The next day, the resident was present again to supervise.  She was worn thin by the long wait for help in getting back in her home.  Cultural and racial barriers made a tall, thick wall of defense preventing connection.  Fortunately, Jim’s heart for God and his refusal to be held for long by “One-Story” stuff, gave him the capacity for the patience and respect needed for this great burden.

Monday night at the church, Jim’s heart was aching.  He could sense among his crew members a similar level of frustration and fear.  It was time for an unscheduled huddle.  In stead of a conversation, or a debrief to figure out the resistance to their efforts, Jim suggested it was time to pray.  And together they joined in confessing their fears and expressing their hope in God.

“Break down the walls, Lord.  We make no assumption on what hurt your daughter has experienced.  How could any of us imagine what this hardship has been for her, or what frustrations that she has managed.  Lord, help her know we come in love.  We offer nothing but friendship and help – not judgment.  Help us to find what we need to continue this project so she can get back into her home.”

At a minimum, the team had hoped to go back to the site for one more day.  But they knew something had to give, or else the tension would be unbearable between the resident and the team to return to finish.  God doesn’t call the equipped.  God equips the called.  When we reach the end of the rope it can be a good place to surrender to God, so we get out of the way for God to move the barriers.

Next morning, the resident was waiting.  Before a word had been said from the crew, she did something completely unexpected.  She jumped out of her vehicle and welcomed them.  The joy and hope on her face were unmistakable.  It’s like overnight there had been a total make- over of her spirit and attitude!  Had she been to a prayer meeting, too?  Work quickly progressed that day, and the rest of the week, until the project was complete.  Her joy and hope became contagious in each of them.

When the mission effort broke camp to return home, Jim and Glenda drove to the resident’s restored home.  Jim explained he wanted her to meet his bride and for her to see the glorious transformation.  Glenda could see her renewed spirit.  In that short encounter, which included a big hug, Glenda became infected with her love, too.

What happened?  It started as a total mess!  Then a banquet of hope and love unfolded!  It started when the workers were invited to a home where help was needed.  It nearly ended, when the resident’s pain, fear, and frustration nearly boiled over to chase them away.  Then God showed up!  Exactly how it happened will remain a mystery.  Some will say it was the prayer of Jim’s team inviting God to show up and show off.  The resident, a person of faith as well, perhaps prayed a similar prayer.  What is certain is a banquet broke out.

Consider the story of the banquet in Matthew 22:1-14.  A great party resulted from the invited becoming the agents of God’s love to the most unlikely gathering of people.  Just like in Jim’s experience, the story was almost a disaster.  And it does when we take for granted the awesome love of God that surrounds us and empower us.  But even the mess becomes another opportunity for God’s love to be revealed when we turn our attention to love and breaking down our “one-story” tendency.

Woe to you who add house to house and join field to field till no space is left and you live alone in the land. Isaiah 5:8 NIV

For we were all baptized by one Spirit so as to form one body—whether Jews or Gentiles, slave or free—and we were all given the one Spirit to drink. 1 Corinthians 12:13 NIV

Holy Spirit, fill our hearts on this day of Pentecost. Let us remember that we are all children of God. Help us to interact with compassion and love. Amen.