BY THE REV. DR. CRAIG ATWOOD |

Moravians really like the number 13. We have two festivals in the church year that fall on the thirteenth day of the month: August 13 and November 13. This is probably just a strange coincidence, but it does tell us that Moravians are not very superstitious about numbers! August 13 was the great day when the Moravian church was given a new life by the Holy Spirit. We celebrate that event with communion and lovefeasts, but what is November 13 all about?

On September 16, 1741, the leaders of the church were meeting in London to make a number of important decisions. One of them was to choose a new Chief Elder. Leonard Dober, one of the first missionaries to the slaves in the Caribbean, had been serving as chief elder for several years. It was a big job. He was responsible for the spiritual welfare of a church that had grown rapidly from a little community in Herrnhut, Germany to an international fellowship stretching from Greenland to South Africa.

The Chief Elder was primarily responsible for hearing people’s complaints and concerns, especially in spiritual matters. He prayed on behalf of the community, and at times he worked to make peace between individuals. He was a pastor who was expected to offer sound advice. There was also a Chief Eldress for the women of the church. For many years, it was Anna Nitschmann, the head of the Single Sisters Choir.

Leonard Dober was tired. The job was wearing him out, and people were beginning to complain about how he did things. So, he officially asked to lay down this office, and then the rest of the elders set about trying to find someone to replace him. The elders who were gathered included the Count and Countess von Zinzendorf, Benigna, their daughter (who was  only 16), Leonard Dober, Anna Maria Lawatsch, Friedrich von Watteville (Zinzendorf’s best friend), Rosina Nitschmann, David Nitschmann (not the bishop), and August and Mary Spangenberg. This was an impressive group that included some of the wisest people in the church.

It is amazing that there were as many women as men at the meeting. That would not have been the case for other churches at that time. It is also remarkable that most of the participants were under the age of 42. By our standards, these elders were quite young. They were also creative and adventurous. Each of them had travelled through many countries and across the ocean to spread the good news that God loves all people, especially those who have been rejected by the world.

In those days Moravians made important decisions by selecting a lot, a process no longer used in the modern church. The purpose of the lot was to let Jesus have a direct voice in decisions of the church. The elders would discuss a problem and propose a solution. Then they would pray for divine guidance, and finally they would pull out a slip of paper from a box. If it said “yes,” they would go ahead with the decision. If it said “no,” they tried to find another solution. Sometimes the lot said “wait,” and so they would give the situation a little more time and try again.

On September 16, they asked the Lord if Leonard Dober could stop being Chief Elder and the answer was “yes.” After that they submitted many names of people they thought could replace him, and each person was rejected by the lot. They grew worried and took time to pray and read the Bible. The verses they read all talked about Jesus’ role as the great shepherd and Lord of the church. Finally the small group of elders decided ask this question: “Whether this signified that the Saviour would himself undertake the office.” To their surprise, the lot agreed and in good Moravian fashion, they sang a hymn, “We kiss thee with great tenderness, you elder of the congregation.” Jesus Christ had officially accepted the office of Chief Elder through the lot.

This was such an extraordinary event that the elders decided not to announce it immediately to all the congregations. They took a couple of months to prepare liturgies and sermons to celebrate what had happened. The day they chose to make Jesus’ election publicly known was November 13, and we still celebrate that date, often with Holy Communion or a lovefeast. At the time, November 13 signified that Christ was pleased with the work of the church would continue to bless it as chief elder. It also meant that the church relied even more heavily on the lot to discern the will of the Savior. It became customary to leave a chair empty at elders’ meetings to remind them that Jesus was there in Spirit.

We no longer use the lot as a way to figure out what Jesus would have us do in the church, but we still look to him as our Chief Elder. He is the one we should take our troubles to and he is the one who can overcome divisions and anger. He is the one who teaches us to forgive and who sends us out in the world as servants. By proclaiming that Jesus is our Chief Elder, we acknowledge that he is the true head of the church and all that we do should be pleasing to him. It is also a reminder to us that true leadership is a servant leadership like that of Jesus. Every November 13, Moravians around the world should ask themselves, “what does our Chief Elder want us to do as a church?” 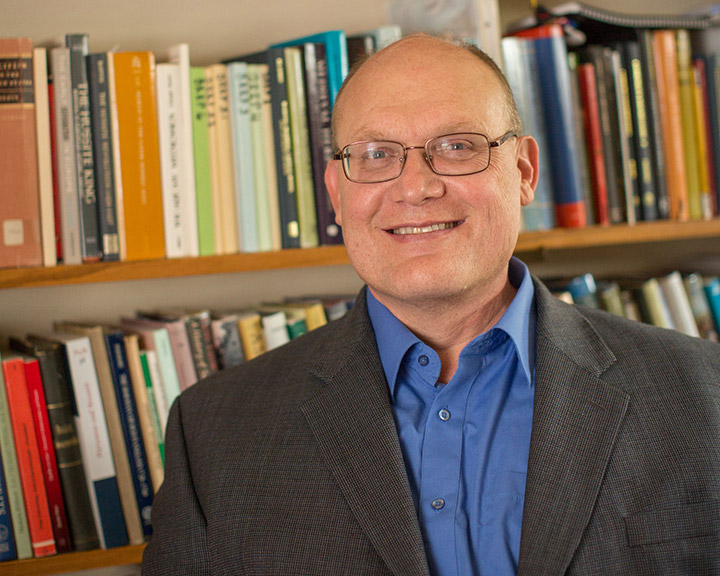 Craig Atwood knows all things Moravian—or just about. If you hang around him long enough, not only will you learn a thing or two, but you just may catch his passion—whether you are Moravian or not.

He joined the faculty of Moravian College and Theological Seminary in 2010 and teaches courses in Moravian theology, Moravian history, the history of Christianity, religion in America, and history of Christian thought. Atwood is best known for his books Community of the Cross: Moravian Piety in Colonial Bethlehem (Penn State, 2004) and Theology of the Czech Brethren from Hus to Comenius (Penn State, 2009). He is also the author of over fifty academic articles, chapters in books, encyclopedia articles, book reviews, and church publications.

Atwood has given lectures at the Universities of Heidelberg and Jena in Germany, to Moravian groups in Cuba, Suriname, Wisconsin, and Alberta. He has recently traveled to Morocco, Tanzania, and South Africa. He also appears in two documentary films, one about Count Zinzendorf and the other about the missionary David Zeisberger.

In both the academic and church settings, Atwood is helping the broader Christian community rediscover the riches of the Moravian theological heritage, especially the radical aspects of Zinzendorf’s theology. He has published on concepts like the motherhood of the Holy Spirit, spiritual androgyny, Moravian mysticism, pacifism, and Moravian radicalism.

When Atwood is not writing, researching, and teaching, he tries to avoid repairing his 150 year-old-house (which too often needs repairing). Instead, he likes to walk in the woods, especially near running water, watch movies, and read mystery novels. He regards How the Grinch Stole Christmas by Dr. Seuss as having the best theology of any Christmas book around.

My tongue shall tell of your righteousness and of your praise all day long. Psalm 35:28

The disciples returned to Jerusalem with great joy; and they were continually in the temple blessing God. Luke 24:52-53

Risen Lord, thank you for the many blessings you bestow on us daily. May we be reminded of your greatest gift—your triumph over death that leads us to our own eternal life. Amen.