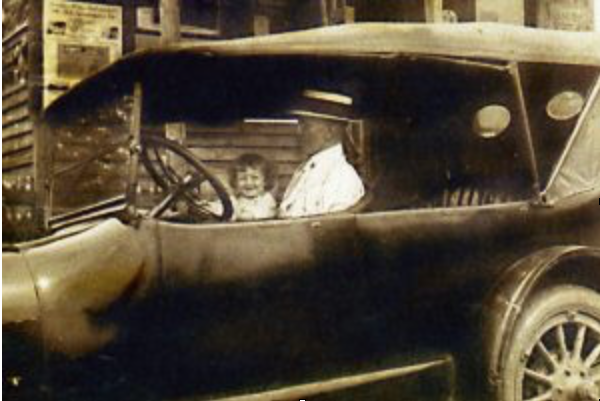 Diana Butler Bass, author of Grateful: The Subversive Practice of Giving Thanks, wrote, “How we live together in and with gratitude makes all the difference in the world. Indeed, living gratefully makes the world different.” In writing groups, I often suggest keeping a gratitude journal, listing 4-5 things we are grateful for each day as a kind of examen. These lists can be prayers and bridges to acknowledge grace in our lives; sometimes they can even help us to transform pain instead of transmitting it to others.

On a warm August morning, I sat in the car parked just outside the small brick barber shop. On the outside wall, the barber pole’s faded red, white and blue stripes revolved in a cylinder, moving downward in a diagonal direction. Tiny stars of light showed through the holes in the stripes.

Beside the barber pole was the large picture window, scratched and fogged with age. I watched my dad angled slightly with his back to me in the barber chair, the window framing him as if he were the diner in Edward Hopper’s Nighthawk, only it was a Saturday morning in August, not an evening in New York City.

Andy Harper in the early 1920s with a neighbor in the neighbor’s new car. Photo courtesy of Kay Harper Windsor.

My father looked frail and small, his six-foot frame diminished to barely 130 pounds. The barber gently wrapped the apron of cloth around him to catch snowy hair as he snipped. He combed and trimmed carefully around my dad’s ears. The barber’s own hair was as white as my dad’s, but his body was straight and strong; he still moved easily. Dad stumbled and lurched and fell often, his brain forgetting to coordinate the sure movements and grace of his long legs as it once did.

Dad sat still and patient in the chair. He didn’t speak after the greeting when he arrived until the barber undraped the warmed towel from his shoulders and handed him a frosted six-ounce bottle of Coca Cola from the old-fashioned soft drink machine. Dad raised his head, smiled and said, “Much obliged.”

In my growing up years, my bedroom was directly above the basement garage where my dad spent several hours most nights after he finished his day job. I could hear the clink of tools, the rumble of the dolly that my dad stretched himself on to roll under a car and the mumbles of conversation and laughter as he worked. A neighbor or a relative’s balky engine or brakes that had become worn were the patients in his operating room and the music I heard as I drifted toward sleep.

My dad showed up for people. If someone needed a water heater repaired or a tractor refurbished, he did so often with a “Much obliged” as payment. He was the greeter at church, the acolyte who lit the candles on the altar and snuffed them out at service’s end, the keeper of the cemetery who measured the plots for graves of friends and family.  With his frequent “Much obliged,” he showed gratitude for presence and care for others.

“Don’t take any wooden nickels,” he wrote to me as I moved away from home and started college. He wasn’t heavy-handed with advice, but his helping others unselfishly and perhaps taking a few wooden nickels himself (at least in others’ views) showed more than the words he could have used. I wonder if his father or one of his older siblings gave him the wooden nickel advice when he left for Europe at age 20 to serve in World War II. He was the youngest son in a family of 11 children, and the only one to serve in WWII.

Dad had a boyish smile, genuine, not forced, but open, welcoming, wondering. Dogs and children always seemed to seek him out. Or he sought them. He loved even the smallest of neighbors as himself.

He was diagnosed with Alzheimer’s disease, and he had to stay awake all night before tests at a neurology appointment. For my dad who had such an impressive ability to nap and to sleep sitting upright, this staying awake was a herculean task. Before we entered the doctor’s office the next morning, he asked me to tell him the candidates in the presidential election. He wanted to remember the answers on current events that others had asked as they probed his cognitive state. He tried so hard to stay grounded in time and place, but it was as if he floated unmoored down Alice’s tunnel instead. Sometimes he found his grounding for a short time before the descent began again. 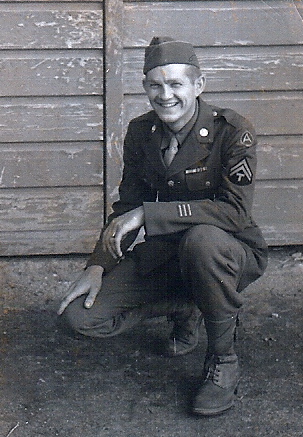 Andy Harper in the 1940s during service in WWII. Photo courtesy of Kay Harper Windsor.

The last time I took him to the emergency department after yet another fall, my dad told the doctor who asked his age that he was 41 (half his age of 82). But when the doctor asked about his medical history, he remembered that his World War II duty included a long hospitalization. He told the doctor that he had spent time in Belgium, France, England and Czechoslovakia, more words and places than he had been able to string together for conversation in months. When the doctor finished and stood to leave, he reached for my dad’s hand and as he shook it,  said, “Thank you for your service to us and to our country, Mr. Harper.”

“Much obliged,” my dad said to the young doctor.

~This reflection was included in different forms in both Expressions of the Heart: A Moravian Journal of Spirituality, in 2003 in an issue themed “Loving Each Other,” and on the Farther Along blog at fartheralongbook.com/2018/06/16/much-obliged/. 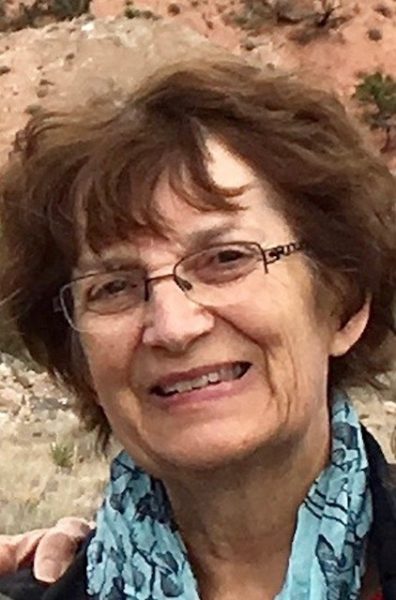 Kay Harper Windsor is a member at New Philadelphia Moravian, a retired teacher of English and journalism, and she leads Writing our Lives reflective writing sessions in Bethania and Writing Through Grief sessions for Trellis Supportive Care.

In the great congregation I will bless the Lord. Psalm 26:12

What then shall we say, brothers and sisters? When you come together, each of you has a hymn, or a word of instruction, a revelation, a tongue, or an interpretation. Everything must be done so that the church may be built up. 1 Corinthians 14:26 NIV

Thank you, O great Giver, for the gifts you impart to the whole congregation. May we all find ways to bless your name and build up your church no matter the amount of resources we may have. Amen.