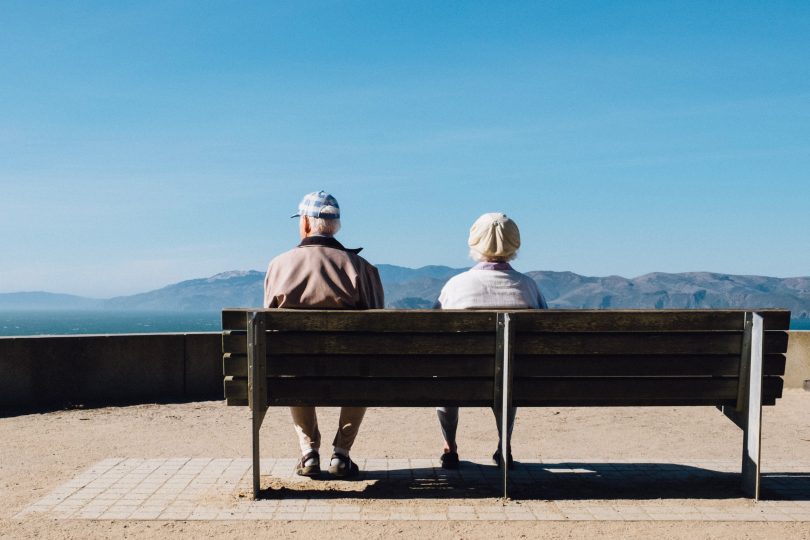 Never speak harshly to an older man, but appeal to him as if he were your father.- Timothy 5:1

Has anyone ever said to you “Do not speak harshly to an older man… or to an older woman”? Well, dear young Timothy said that to us in his first letter, chapter 5, verse 1. Timothy wrote a series of letters with concern for the health of a church community. His mentor was Paul. It is obvious when we read chapter 5 that he had great compassion and respect for the older adult and widows.

In my years as a nurse in nursing homes, I saw older adults disrespected too many times – by their families or even the staff. I often taught a class for my staff where I’d smear old prescription sunglasses with Vaseline, give them earplugs, and put heavy gloves on their hands. Then I’d have them feed themselves pureed baby food with the gloves on and read some instructions with the glasses. I’d talk very softly to them so they couldn’t hear me, then I’d shout at them in their face so they could be sure to hear me. I’d fuss at them when they spilled their food, I’d belittle them for the way they were behaving ….. And they got the message, loud and clear! 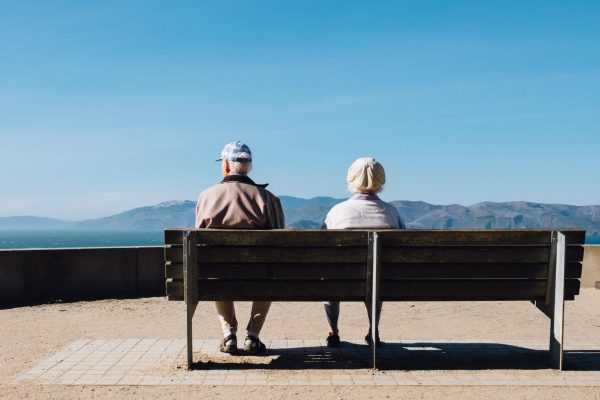 We older adults out in the community experience a variety of disrespect or discrimination as well. A friend of mine recently experienced this in a store: folks were standing around to be waited on and the cashier totally ignored her. She finally had to speak up and say, “Am I invisible? I’m also waiting to check out.” Another friend told me at a Christmas family gathering she was pretty much ignored. She had to initiate every conversation and they expressed no interest in her life. This friend is very alert, lives independently and still has an active life.

As one who has lived over ¾ of a century, has had a hearing deficit since the age of 5, and has been a caregiver for a spouse confined to a wheelchair, I can personally say I have experienced this disrespect quite a few times.

More than once, I have had humiliating experiences regarding my hearing loss; I’ve used hearing aids for over 40 year, but unlike new glasses that can bring your eyesight back to 20/20, hearing aids very rarely get the hearing back to 100%, if ever. I’ve had the experience of being told “Never mind!” when I asked someone to repeat what they’d said. I also witnessed this with others. Often all it takes is simply re-phrasing the comment. I mention this issue not only because of my personal experiences, but also because statistics show that a good 50% of older adults have a disabling hearing loss. It’s a big area of discrimination. Lack of hearing doesn’t equate lack of intelligence!

Then there are the folks in wheelchairs. Every individual who uses a wheelchair can tell you about the times when the waitress or clerk will address the person pushing the wheelchair and ignore the person in the wheelchair. When my husband was wheelchair-bound, he was even ignored by a couple of his physicians, who addressed me rather than him. I’d have to say, “Please speak to Hal about that.” (I must say that our church family at Unity Moravian always made it a point to look Hal in the eye and speak to him. This was so important to both of us!)

AARP’s January/February Bulletin addresses this as their lead article, “Ageism in the Workplace”, quoting the EOC in 2018: “age discrimination remains a significant and costly problem for workers, their families and our economy.” Just recently a friend posted this on Facebook: “I am stuck in the sucking nothingness of retirement and have no idea what to do with myself! I hate this! Never planned for this…was going to keep teaching till I dropped dead in the classroom. But, no such luck! The college made me retire, and now my life is just OVER!!! Retirement sucks when you love your job!” 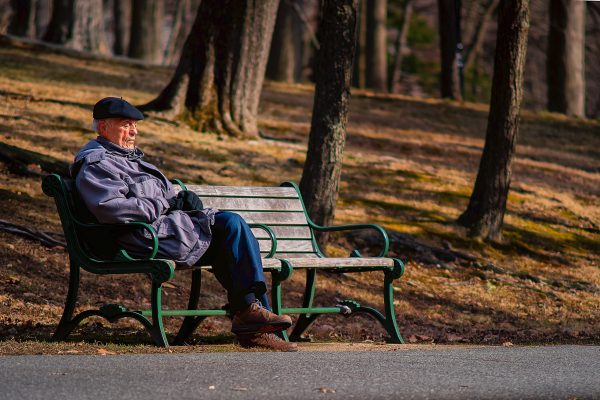 So, what are we talking about here? AGEISM! Where did that word/concept come from? Wikipedia says “Ageism is stereotyping and/or discrimination against individuals or groups on the basis of their age. The term was coined in 1969 by Robert Neil Butler to describe discrimination against seniors and patterned on sexism and racism. Butler defined ageism as a combination of three connected elements. Among them were prejudicial attitudes towards older people, old age, and the aging process; discriminatory practices against older people; and institutional practices and policies that perpetuate stereotypes about elderly people.”

The term ageism can be used in referring to discrimination towards adolescents or young adults, but it’s usually used in reference to older adults. It is something many folks are experiencing these days. Too often older adults are ignored, are seen as senile if they forget something, are not respected for their ideas and are the target of negative comments and jokes. A friend recently told me she regrets not supporting her father’s interest in genealogy. He was so into it and she shrugged him off.

Wikipedia also says “Older people themselves can be deeply ageist, having internalized a lifetime of negative stereotypes about aging. Fear of death and fear of disability and dependence are major causes of ageism; avoiding, segregating, and rejecting older people are coping mechanisms that allow people to avoid thinking about their own mortality.” This explains why few people visited Hal after he was paralyzed. Actually, several friends admitted they couldn’t handle seeing him like that, thinking this could happen to them or their spouse.

So ageism shows up in a variety of ways. How can we who experience or witness this react? In our 2020 Aging Well Conference being held April 18th at Fairview Moravian Church in Winston-Salem, there will be a session on “Ageism: Being Bold, Not Invisible.” We need to be aware of what’s happening when we feel or witness age discrimination – it’s time to acknowledge it, be bold and speak up. We cannot accept this discrimination for ourselves or others! Think on these things…….. Older adults, no less than people at every age and stage of life, need to feel valued and respected. 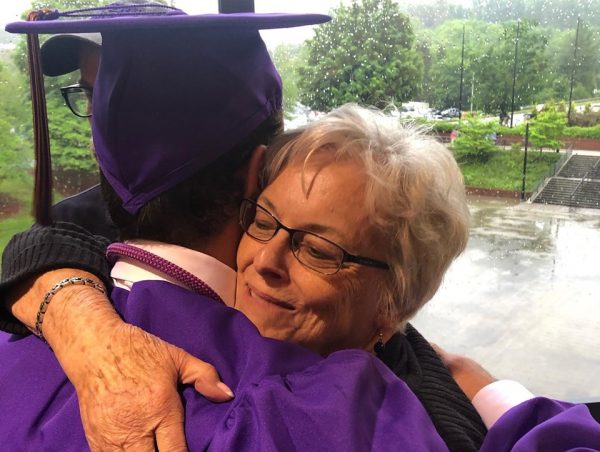 Joy Cole spent over 40 years as a pastor’s wife, serving alongside her husband, the Rev. Hal Cole. She is a member of Unity Moravian Church and co-chair of the Aging Well Team of the Board of Cooperative Ministries. Joy is the proud grandma of Jessy, Matthew, Jared, Jake, Katie, and Kyron. She’s pictured here on the occasion of her grandson Jake’s college graduation.

When my spirit grows faint within me, it is you who watch over my way. Psalm 142:3 NIV

Blessed be the God and Father of our Lord Jesus Christ, the Father of mercies and the God of all consolation, who consoles us in all our affliction. 2 Corinthians 1:3-4

Gracious and almighty God, as we weather the storms of life, may we look to you as our shelter and source of strength. Bless and comfort all who may be experiencing difficult times. We pray in the name of Jesus. Amen.