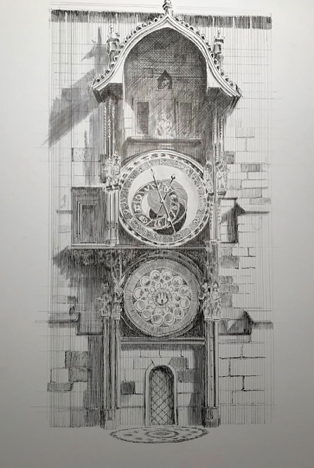 Pages of history are stained with blood representing horrors inflicted in the name of God. This is no less true than the years between the 16th and 17th Centuries. The Roman Church did not mount an organized response to the Protestant Reformation until the 1534 election of Pope Paul III. Then he began to develop plans to cut the Church’s losses; to retain or replace souls to their membership ledger and to replace cash to their treasury. Rather than delegating the Reformation problem to other kingdoms, he placed the papacy itself at the head of this effort. He initiated what is now called the “Counter-Reformation.”
One humane initiative addressed the obvious lack of education throughout the Church of Rome. To establish educational standards for clerics and parishioners, Pope Paul ordained a society of priests called the Holy Order of Jesus. The “Jesuits” provided education (Christian education and re-indoctrination) for the masses. So began Rome’s response to the educational initiatives started by the Protestants.
Other steps to counter the Protestant advance were not so humane. They required manipulating alliances with existing rulers for the purpose of extinguishing fires for reform by whatever means possible. Bohemia was the obvious hot-bed for Protestantism in Europe, and Germany was quickly gaining traction.

Q. I’m uncertain if I want to hear what comes next. Would you elaborate on the outcome?
A. To begin with, there was a mass round-up of anyone suspected of participating with attempts to hinder the reputation of the Roman Church or the implementation of Hapsburg rule. The comments I made while serving on the committee made me a suspect. In those days, suspicion was as good as a sentence.
I was one of 27 noblemen led to the gallows on the square of Prague, just around the corner from the Astronomical Clock and in view of Thyn Church. On the morning of June 21, 1621, beheadings began. Executions of criminals are typically held in private.
When executions are held in public they are held with a purpose to impress: a well-choreographed script is followed to assure a deep emotional impact will be leveled upon all who are required to attend and witness the spectacle. There are speeches, flags, drums, and blood.
There were 12 Brethren and 15 other Protestant noblemen. All of us were well known as leaders in our communities, pillars of our churches, advocates for peace. The executioner knew most of us personally so had carefully sharpened both edges of four swords to make his work and our demise efficient and mostly painless. At the hour designated by the chimes of the Astronomical Clock around the corner, the streets began to flow with blood. June 21 is now known as the “Day of Blood” when 27 patriots died in defense of their country and their faith.
Following our execution, our heads were mounted on pikes to be displayed on Charles Bridge where they remained for years as a testimony for any who would challenge the authority of Rome and the Hapsburgs.
Q. But Protestantism did not end? Would you explain what occurred next?
A. The tragic loss of the Battle of White Mountain in 1620, followed by public executions of Protestant nobility, stoked fires of retribution across Eastern Europe. Mind you, for centuries it had typically been religious leaders who were executed for talking against the Church of Rome. This time, it was the laymen, the parishioners, citizens not soldiers who were targets for public execution!
Religious battles broke out first in Bohemia, then neighboring states. These fights were clearly between angry Protestant and Catholic forces, but they quickly expanded when foreign and mercenary troops entered Prague, being paid to play a role in the obvious powershift in Eastern Europe.
1620 marks the date when King Ferdinand II reimposed the rule of the Roman Catholic domination across his land. He was unaware that his action would set into motion a game of war lasting 30 years to change the map of Europe forever. 1618 to 1648 witnessed the most destructive conflict in human history, resulting in eight million casualties, civilian and soldier alike.
Q. And, what about the Unitas Fratrum?
A. King Ferdinand II remembered the words of Pope Alexander VI “to permanently crush the Unitas Fratrum from the face of the earth.” He was relentless in his quest. Brethren were again purged from all the land, this time to never again mount an effective return. Their churches were turned over to the Roman priests. Schools were confiscated by Jesuits. Homes, hospitals, printing presses, and businesses given to Catholic ownership. Noblemen in Bohemia were jailed or slaughtered if they gave any hint of opposition to the dominance of Rome or the rule of the German Hapsburgs.
Bohemian Brethren who did not recant were either sent into exile or murdered. Anyone suspected of offering aid to fleeing Brethren was branded a criminal and subject to the same consequences as the noblemen on the Day of Blood. Life was cheap. There would be no return, especially while war was raging.
Into this chaos entered the last Bishop of the ancient Unitas Fratrum. Jan Amos Comenius, a scholar and a teacher with growing international fame, was chosen by remnants of a church in exile to become Bishop.
The 30 Years’ War remains one of the longest and most brutal wars in human history with more than 8 million casualties from battles as well as from the famine and disease and civilian displacement. The war technically began with the Defenestration of Prague in 1618; battle lines were formed between Catholics and Protestants in the 1620 Battle of White Mountain and grew across Europe (states that formed the Holy Roman Empire) until exhausted in 1648.
As the Thirty Years’ War evolved, the reason for war became less about religion and more about politics; specifically what tribes would divide and ultimately dominate European states. In the end, the conflict changed the geopolitical face of Europe, and the role of religion strained to separate from the social order imposed by nation-states.
Besides the displacement of the Brethren from Bohemia by Ferdinand II, millions of other citizens were displaced or died as a consequence of this “World War”.  Civilization attempted to maintain some semblance of sanity while often stretched to a breaking point by faceless hostilities. Civilized thought began to tilt toward the growing influence of Luther and Calvin, while the influence of Hus gradually faded in history books that were found unburnt.
Our coffee conversation with Comenius will occur on July 11.
Note: This is part of a multi-month blog series, “Coffee with Moravian Ancestors.” Bill will sit down with important figures in the Moravian church to have a cup of (Moravian) coffee, asking questions about his or her life and how they have impacted the church! Look for Bill’s other blog posts, all titled “Coffee with Moravian Ancestors.” To accompany his blog posts, he has drawn the images from his trip to Europe on the Roots of the Moravian Church Tour. For more art, visit Bill’s website at BillNeeds.com. 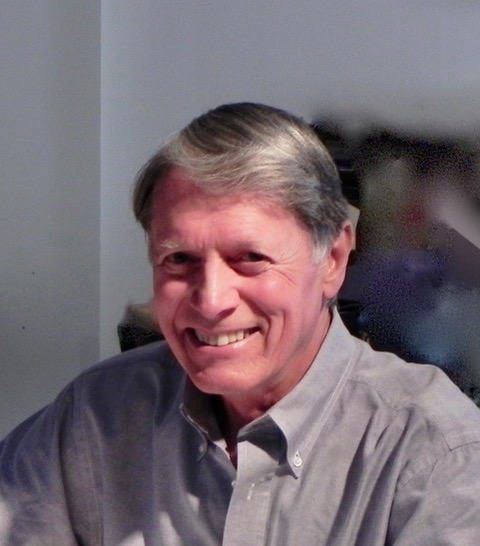 Those who look to the Lord are radiant; their faces are never covered with shame. Psalm 34:5 NIV

Rejoice in hope, be patient in suffering, persevere in prayer. Romans 12:12

Radiant God, often in times of suffering, we turn from you. Help us to see your splendor and live in your light. Amen.