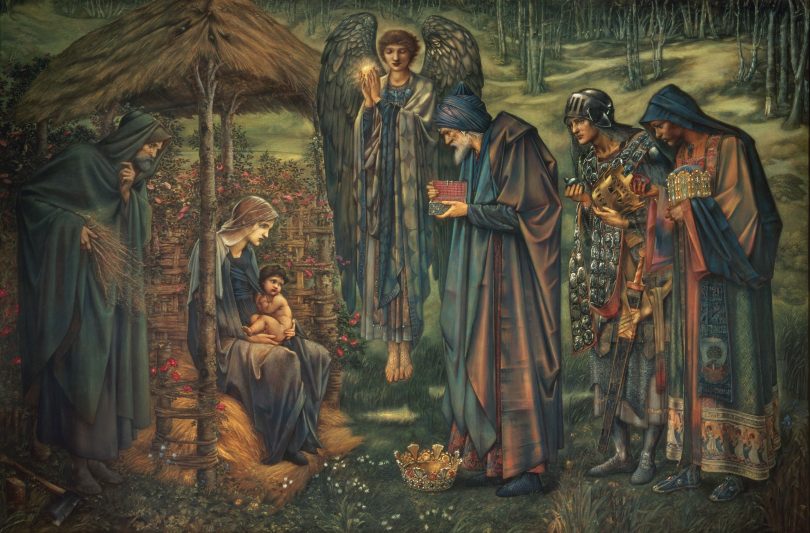 I’ve been doing a lot of thinking about Mary and that little boy of hers at the first Christmas. It is a nostalgia-inducing scene that is firmly lodged in our own visions and images.

Which of course, means it was probably not the way we think it was. Life is messy, and busy. In an ancient place like Bethlehem of Judea, dirty and dusty.

What would we have seen if we could enter that place about to be made holy? What would we have heard? Who would have been there? This before the shepherds heard the glory to God in the highest being sung by the heavenly host. The Wise Men may have been on their way, but they still had twelve more days until they got there. That’s when things were probably a little cleaner, and the baby had a place of his own.

No, I want to sit there and see the divine and human at work. I want to experience the humanity that God became, even with all God’s power and glory. I want to ponder that the Creator of all this is became a crying, sleeping, powerless infant. In that I know is the amazing power of the Christmas story. Absolutely everything we picture as “God-like” is missing. Except perhaps the angels. 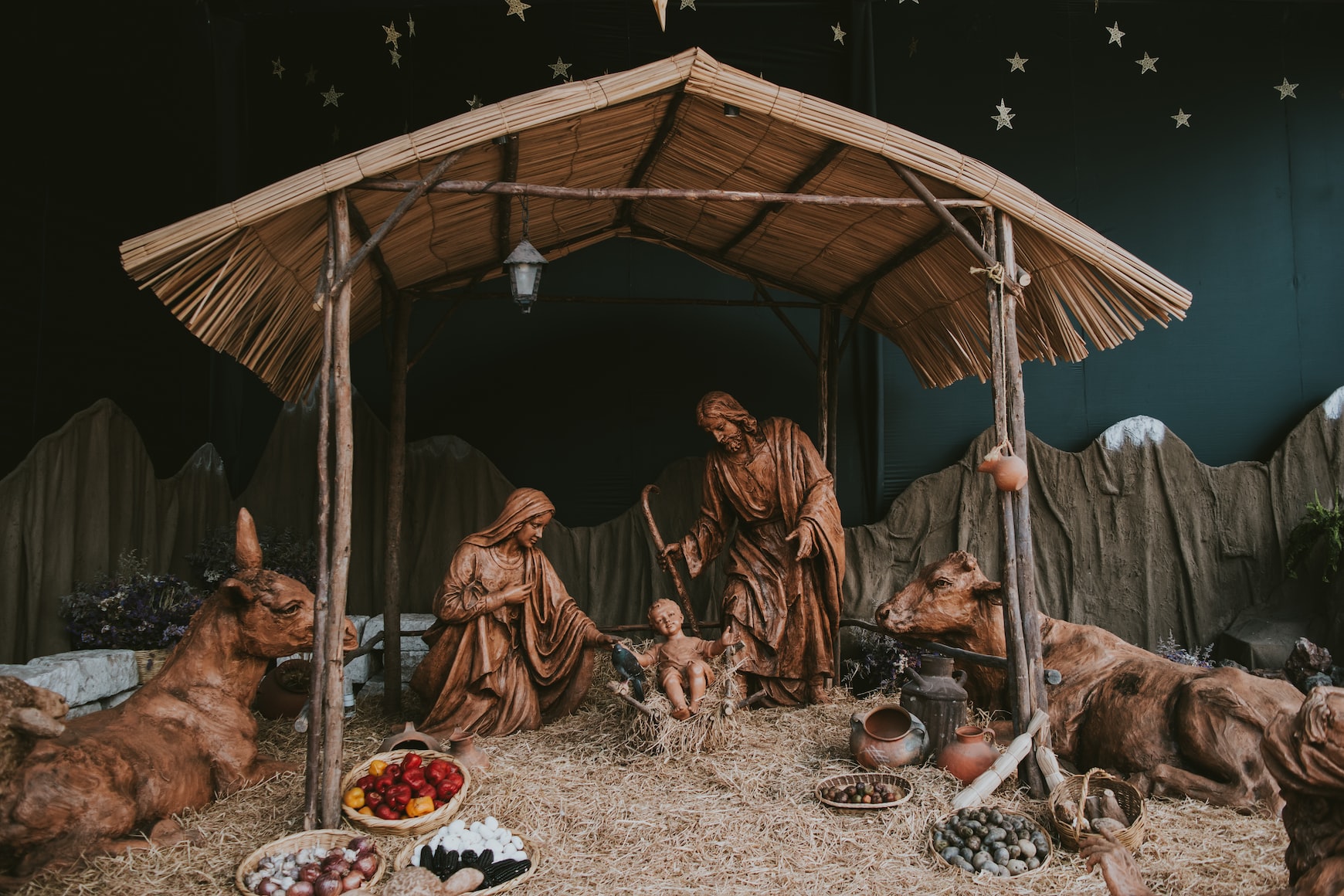 Over in the corner, waiting to do their thing I see the midwives of the village. Of course they were there. Before now, I never pictured the process of getting from the unborn infant to the baby being placed in a feeding trough for the local animals. Mary arrived in Bethlehem dusty and dirty- as anyone would have been. In the ancient world, expectant women were honored and taken care of. The owner of the house with the guest room already occupied would have immediately summoned the community of the village to be there. These women are experienced, trusted. They know what they have to do.

First, they help Mary clean up, relax, and get into whatever was available for the baby to be born. Those midwives may have had no idea who Mary was. She was a stranger in need. To care for the stranger in need is essential. Though, since Bethlehem may have been Joseph’s hometown, it is possible that some of his family was still there. Did someone perhaps remember Joseph’s parents from years earlier? Was he a long-forgotten son of the town now returning? It didn’t matter; Mary was the center of attention. She was being cared for simply because she was about to give birth. That happens regularly. No one thought was yet anything unique about what was happening. It was good to watch a community care for others in need whether they know them or not.

I listen and hear the oxen and donkeys in the nearby stables singing their own songs. They were doing what they do. Again, nothing supernatural about it- it was still the presence of the world God had created. All the animals knew was that there were far too many two-legged creatures in their space.  Or perhaps the action of giving birth has its own special aura or feel that we humans have lost the ability to sense. I like to think that perhaps the animals, better than the others there knew something special was happening. For me it brings all of creation into the scene. But that is simply my imagination- and awareness of what is happening. It’s easy to look back and see it, even when it’s only in my head.

Joseph. Where’s Joseph? Somewhere nearby, perhaps next door. This was women’s work. Those midwives are experienced and will live up to the many standards of care for their time. I am sure, though, that Joseph was listening intently for a distant cry, even attentive to the cries of pain from Mary. He knew of who the baby was. They no doubt had arrived hours earlier in daylight. We have been told that when the shepherds heard the news, they were in their fields watching their flocks by night. By the time Mary gave birth, it was getting toward dark. Lamps or candles were lit. A fire was adding warmth and, perhaps some medicinal potions were being prepared over that fire. 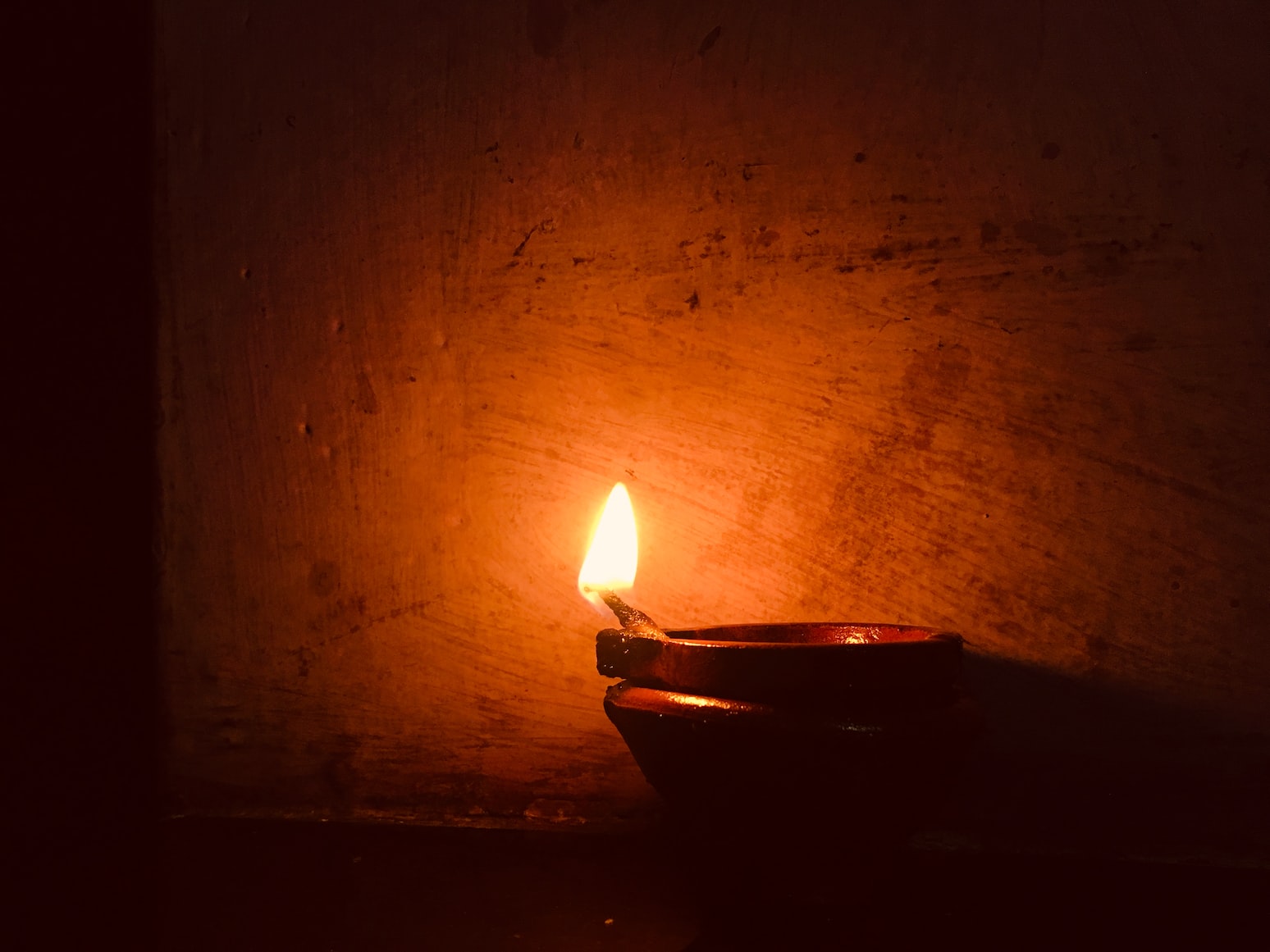 Then it’s over. Jesus is born. It was most likely an easy, straightforward birth- no complications. I watch as the midwives clean the baby. Quite businesslike and efficient, but gentle as they had learned to be. They wrapped Jesus in strips of cloth, known as swaddling clothes. These helped him stay still, warm, and calm. Like that favorite blanket many children hold onto so dearly. The warmth and closeness of his mother filtered through those cloths and helped him sleep.

When Mary was finally washed and, in a bed, snuggling the baby, Joseph returns. One journey was over- a new one was beginning. I am silenced and humbled by the scene.

For me this meditation helps me see that on one level what’s happening is common. It is a very human experience, an every-day occurrence. I also know that it was, in ways far beyond my ability to understand or explain logically, the time when the universe, when all of creation changed.

I sit in silent awe of what I have witnessed. Jesus is the same as me. Jesus is as human and as powerless at that moment as any of us are. That’s where faith comes to life. In this common everyday occurrence, God’s grace is being printed into humanity. All common everyday occurrences, all human life, will be blessed in a new way forever more. This night has made all the difference through the love of God the creator. Life in all its abundance is wrapped in swaddling clothes lying in a manger. This is God shining forth in endless light!

For this one new act of creation, God no doubt said, “This is very good.”

Photo provided by the author.

Barry is an author, pastor, counselor, trainer/consultant, photographer, and musician. Learn more about him by visiting his website at https://balehman.com/

Third Sunday after the Epiphany

Watchword for the week — Let the words of my mouth and the meditation of my heart be acceptable to you, O Lord, my rock and my redeemer. Psalm 19:14

I will sing to the Lord as long as I live; I will sing praise to my God while I have being. Psalm 104:33

Are any among you suffering? They should pray. Are any cheerful? They should sing songs of praise. James 5:13

Gracious God, our days are filled with joys and sorrows. Sometimes, we may find it difficult to speak the right words, but you have given us song and music when words are insufficient. May we always sing of your goodness. Amen.