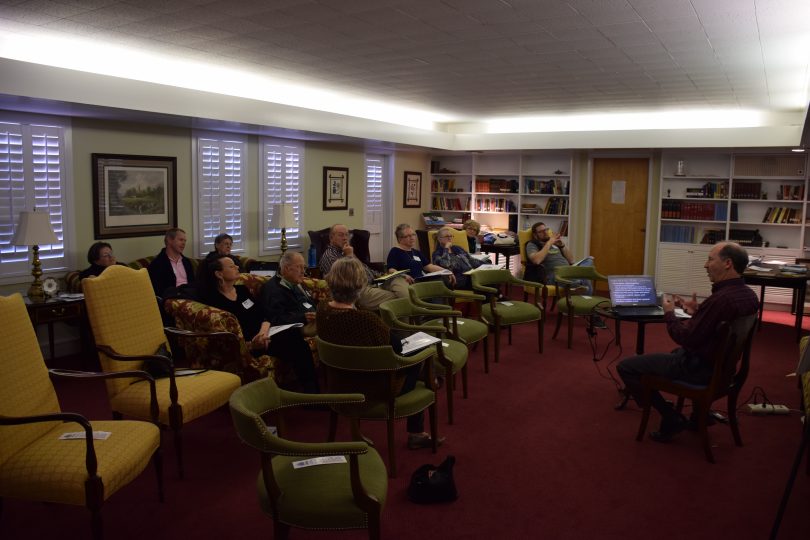 This is 4th post in our series about Living Faith, a model of congregational life being designed by the Board of Cooperative Ministries of the Moravian Church, Southern Province. You can read the first post (click here), second post (click here), and third post (click here) at the preceding links. I’ve been writing about the need we have in our churches for a more focused approach to spiritual growth. Much of this has centered on the key components that make Living Faith an effective model to generate spiritual growth in the people of our churches. I hope you have found this interesting. We’ve gotten some response from some readers, and we would like to hear from a lot more. Your feedback and questions are welcome.

In my last post, I promised that I would write this time about the final key component that makes Living Faith succeed as a model of church life. I also wrote that this final component is the hardest for us to embrace, so here it goes.

In my last post I referred to Luke 10 as a good example of how Jesus worked with his disciples and how they are guided toward spiritual maturity and trained for outreach. When the time came, they didn’t go out as a single group. They divided into groups of two.

A similar thing happened in Acts 8. However, this time it was forced on them by persecution. In Luke 10 the disciples were ‘scattered’ by Jesus’ direction. In Acts 8 they were scattered by necessity following the death of Stephen. No doubt they mourned Stephen’s death and mourned the loss of fellowship they had with each other. But the rest of Acts 8 gives an example of the benefit of this forced dispersal. Phillip goes to Samaria and shares his faith there. Soon he finds himself in a remote area where he encounters the man from Ethiopia and shares his faith with him. And he is just one of those who left Jerusalem to escape persecution. Lots of others did the same thing.

It would have been nice to stay as one joyful, thriving community in Jerusalem; and they might have if given the choice. But the plan was to “go to all the world.” The persecution made clear that the time to start this had arrived. The cocoon phase of the church had ended.

When we discover a community, large or small, which nurtures us, we cling to it. Groups have formed and provided such blessing that they lasted for years. Often this is wonderful for a while. Then it stops being wonderful and begins to become inward. The members of the group find the group loving and accepting, and they sometimes wonder why others don’t join. They don’t see the barrier than has developed naturally around the group. Sometimes they begin to find it less beneficial even for themselves as the dynamics change.

Living Faith seeks to avoid this hardening of the wall around the group by periodically birthing new groups. When a group is begun, members are asked to agree to a covenant. A part of that covenant is to be open to the possibility of birthing a new group or helping to birth a new group after several months. This time period varies depending on the dynamics of the group. Not everyone will agree or be able to help birth a new group, but each group member is asked to consider doing so.

Those who have been part of close knit groups will recognize how hard it would be to depart from the blessings of such a group. You look around the circle of dear friends who have shared so much together, and its hard to imagine losing that. But that’s the way the church thrives, and that’s the way the church avoids stagnation and decline. Often when the church has plateaued or become corrupt or has become identified with empty ritual, some type of upheaval was needed to clear the way for fresh life. That’s true in congregations, in small fellowships, and in denominations. Birthing new groups helps to provide this renewal that prevents stagnation.

Moravians of the Renewed Church were regularly changing residence to other parts of the world, and we admire them for that. If we feel that way about the way they followed Christ, why do we find change in our own church routines so difficult?

One of the richest Moravian practices of the 18th century was the prayer bands–small groups that met frequently to encourage each other in their spiritual journeys. They became transformative and invaluable to the vitality of the Moravian Church. And members of these bands were sometimes shuffled or re-organized to make them more effective.

There is a lot of detail about how this works in Living Faith that I’m not including here. But birthing new groups is vital to the effectiveness of Living Faith and to the vitality of our churches.

A popular dish in coastal North Carolina is the blue crab. It’s especially sought after when it’s a soft shell blue crab. The fisherman (sometimes woman) catches the crab in a pot (more like a cage than a cooking pot) and watches for the crabs that are ready to moult (sometimes spelled molt). These crabs, called peelers, have grown and no longer fit comfortably in their shells. The peelers are set aside in a tank with flowing salt water. When the crab sheds its shell, it is chilled and sent to market before the new shell hardens. These softshell crabs are a delicacy. If the crab lives, it develops a new, slightly larger shell so it can grow larger.

This moulting is necessary to allow the crab to keep growing. If it didn’t do this, it could not thrive. As important as our groups are where we find fellowship, maybe they, too, need a transformative cycle built into their routine.

The Rev. Tim Byerly is the Special Project Manager for Living Faith Small Group Ministry under the Moravian Board of Cooperative Ministries (BCM)