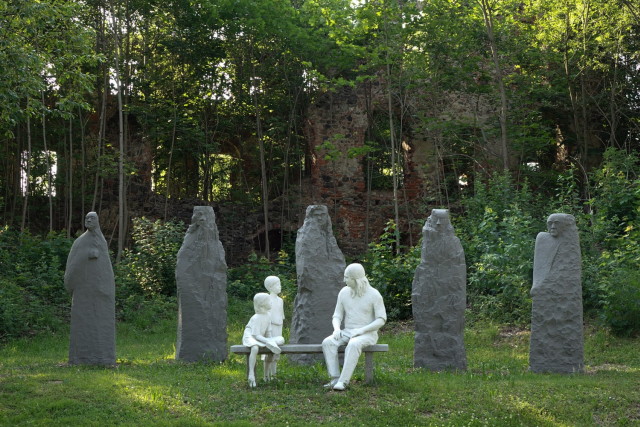 The Renewed Moravian Church, with its roots in Herrnhut, Germany, owes its beginnings to Count Nicholas Ludwig von Zinzendorf, a German nobleman who helped revive the Moravian Church in the 1700s.  Good old Count Zinzendorf  grew up in Germany during a time when it was still called Prussia. Born into a wealthy family, he was destined to grow up to be a nobleman.  He lost his father early in life and was mostly raised by his grandmother on a large estate called Gross Hennersdorf. Count Zinzendorf was brilliant and very curious. The story of Jesus touched him very much and as he grew older, he found himself called to the ministry, so that he could share the good news about Jesus with others. Unfortunately, noblemen were not allowed to be ministers. Zinzendorf instead studied law and politics to learn how to be an officer of the king’s court.

Fortunately, he married a smart and clever woman named Erdmuthe Dorothea von Reuss, who became his partner in many ways beyond marriage and family. Shortly after their marriage, the couple moved into a new house, at Berthelsdorf, land Zinzendorf purchased from his grandmother. Here is where the Count’s story intersects with a small band of people hiding out in Bohemia.

In the early 1720s, a group of refugees from the wars in Bohemia, Moravia and Poland were looking for a safe place to live. Their leader, a man named Christian David, met with the Count who promised to help them. Zinzendorf was a bit hesitant at first. During this time, it was against the law for a man like himself to allow these illegal immigrants to stay on his land. He went to check out the situation for himself. What he found out about these early religious pioneers amazed him and inspired him. Soon, several of these refugee families were living in houses on land near Berthelsdorf. So began the renewed Moravian Church! From these first families grew a whole town, called Herrnhut, which means “the Lord’s watchful care.”

There is much to be learned and understood about Zinzendorf, who to this day remains an inspiring, challenging, and unforgettable character in the story of the Moravian Church.

About the featured image: In 2000, German Moravians created a trail of sculptures commemorating the 300th birthday of Zinzendorf. This particular sculpture features the Count with children, whom he believed modeled the kind of faith we are to have. The gray figures behind represent the rigidness of those leading the old church.  Photo taken in Großhennersdorf, Herrnhut, Germany.