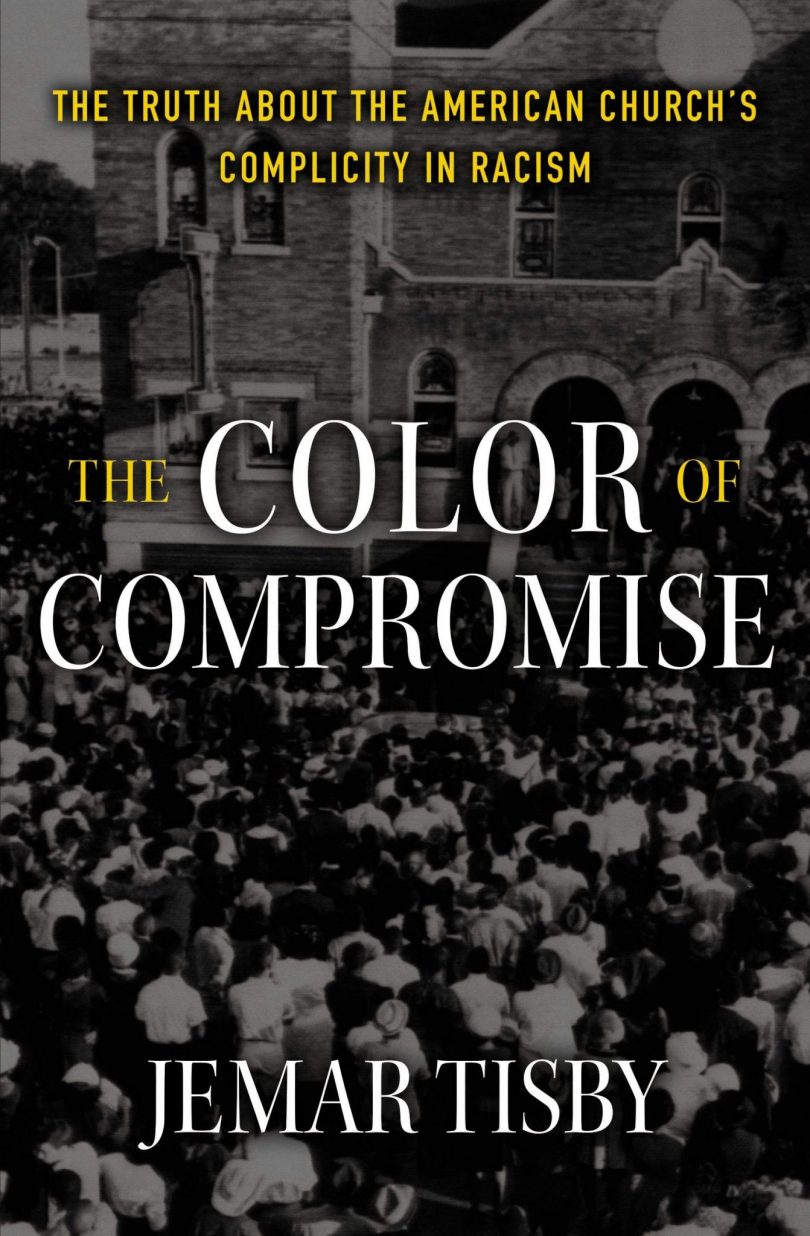 The Color of Compromise: The Truth about the American Church’s Complicity in Racism

“The Color of Compromise takes readers on a historical journey: from America’s early colonial days through slavery and the Civil War, covering the tragedy of Jim Crow laws and the victories of the Civil Rights era, to today’s Black Lives Matter movement. Author Jemar Tisby reveals the obvious—and the far more subtle—ways the American church has compromised what the Bible teaches about human dignity and equality.

Tisby uncovers the roots of sustained injustice in the American church, highlighting the cultural and institutional tables that need to be turned in order to bring about real and lasting progress between black and white people. Through a story-driven survey of American Christianity’s racial past, he exposes the concrete and chilling ways people of faith have actively worked against racial justice, as well as the deafening silence of the white evangelical majority. Tisby shows that while there has been progress in fighting racism, historically the majority of the American church has failed to speak out against this evil. This ongoing complicity is a stain upon the church, and sadly, it continues today.

Tisby does more than diagnose the problem, however. He charts a path forward with intriguing ideas that further the conversation as he challenges us to reverse these patterns and systems of complicity with bold, courageous, and immediate action. The Color of Compromise provides an accurate diagnosis for a racially divided American church and suggests creative ways to foster a more equitable and inclusive environment among God’s people.” (reposted from https://www.thecolorofcompromise.com/)

In God we boast all day long, and praise your name forever. Psalm 44:8 NKJV

Precious Lord, your joy is our strength. From the rising of the sun until it sets, your name is worthy to be praised. May we always boast in you, so that the humble can hear and be glad. Loving Father, there is just no one like you. To you we come daily, for we have no other help but you. Hear and answer us now and forever, we pray. In Jesus’ name. Amen.