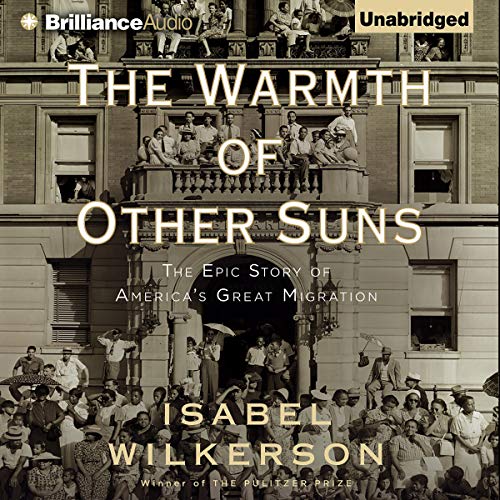 The Warmth of Other Suns

“In a story of hope and longing, three young people set out from the American South during different decades of the 20th Century en route to the North and West in search of what the novelist Richard Wright called “the warmth of other suns.”

Ida Mae Brandon Gladney, George Swanson Starling and Robert Joseph Pershing Foster are among the six million African-Americans who fled the South during what would become known as the Great Migration, a watershed in American history. This book interweaves their stories and those of others who made the journey with the larger forces and inner motivations that compelled them to flee, and with the challenges they confronted upon arrival in the New World.” (reposted from http://warmth.isabelwilkerson.com/)