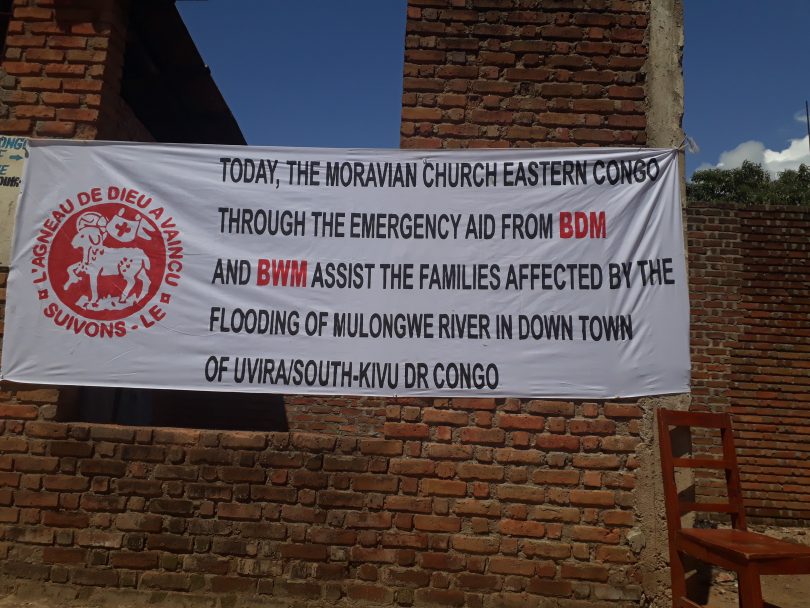 In April 2020 severe flooding impacted the city of Uvira in the Democratic Republic of Congo. The message below was received from Rev. Jacques Bya’unda, Chairman of the Moravian Church in Eastern Congo.

On this day when we are in total confinement on the whole of our country and our city of uvira in particular, a disaster has just hit our city of uvira hard. The damage is enormous in loss of human lives and houses.

Among the victims, we have 20 families who are members of our downtown congregation, they all came out safe and sound, but they lost everything. the final results will be communicated to you later because the river is not yet stable, its waters are stagnating everywhere. there is an extreme urgency in Uvira.

There is a need to intervene if possible. Here are some pictures of the disaster. 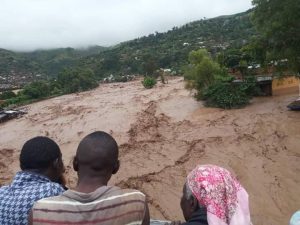 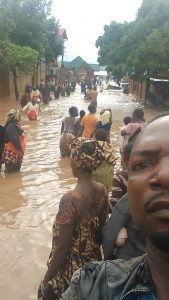 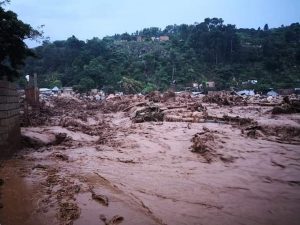 The Board of World Mission (BWM), along with the Danish Mission Board (BDM) worked to respond quickly to this request. Emergency funding from our Moravian Disaster Response (MDR) fund was sent to assist the victims of this tragedy.

This support has been utilized to assist families who were displaced by this flooding. Reports have indicated that more than 70,000 people needed to find shelter following the destruction or damage to their homes. This was complicated as the flooding occurred during the quarantine shutdown in Congo. So, the additional movement of people was a detriment to the efforts to contain the virus.

We are thankful for the folks in the Moravian Church in Eastern Congo who helped organize the relief efforts utilizing the MDR funds.

The photos below and short report were received this week from brother Jacques.

This Tuesday May 5;  before the urban authorities of the city of Uvira;  we proceeded to the distribution of food and non-food to the victims of the floods at UVIRA.  The church through this assistance has been thanked by the government, but the full report will be sent to you later.  The government has extended the state of emergency for the fight against Covid-19. 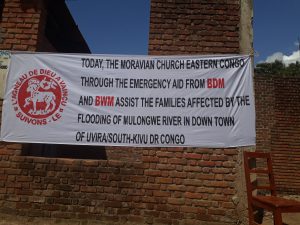 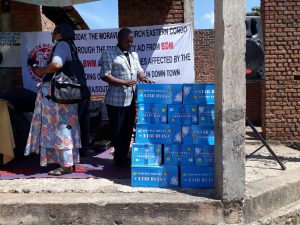 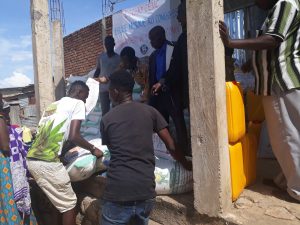 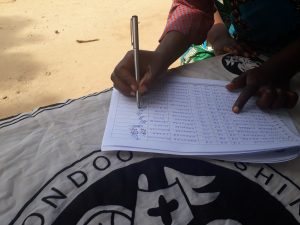