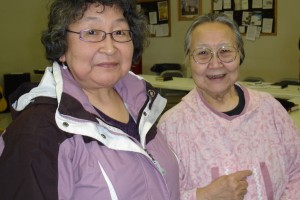 I remember my first Easter in one of the congregations that I served as pastor.  In my long-range planning for the Easter worship service, I had selected the well-loved Easter hymn, “Jesus Christ is Ris’n Today.”  We love to sing it because of its sheer joy. But during Holy Week, I thought about it again and chose another hymn that was not quite as familiar. When I informed the organist of my decision, she told me it was a terrible idea and that If we did not sing the tried-and-true favorite, I would’ve heard about it before the first two people were out the door. It is a beautiful hymn, full of such exuberance. But contrast that with the emotions that we hear resounding in this Gospel of Mark.

There is something very interesting about Mark’s account that makes it very different from the other accounts of that first Easter morning.  Each of the accounts from Matthew, Mark, Luke, and John all tell of the same essential truth, but the details are unique to each of them.  In Mark’s account, it is Mary Magdalene, Mary the Mother of James, and Salome who arrive at the tomb so that they can anoint Jesus’ dead body with spices, which was their tradition.  They could not do this on Saturday since it was the Sabbath, and it was against the law to touch a dead body on the Sabbath.  So, these women came with a painful but necessary task, one they no doubt were dreading. As they approached the tomb, they were concerned about how they would get the large stone that had covered the door rolled away. It was very heavy.  But as they arrived, they immediately noticed that something was wrong.  The stone had been rolled back, and the opening to the tomb was unobstructed.  Upon entering the tomb, they encountered a young man in a white robe, as Mark puts it.  The young man shares the news that Jesus is not to be found here but has risen.  They are instructed to tell Peter and the disciples that Jesus has gone ahead of them to Galilee as he had promised.

But the text does something very interesting here; we are told that the women fled from the tomb; for terror and amazement had seized them, and they said nothing to anyone, for they were afraid!  Wow!  How is that for an ending?  The women are filled with fear rather than joy, fear rather than hope and expectation, so much so that they say nothing.  It is interesting to note that in the oldest manuscripts of Mark’s Gospel, this is the end of the Gospel.  So why does Mark focus so much on this fear?

We have been through a year of fear, haven’t we?  Fear of the unknown.  Fear of a pandemic. Fear of social unrest.  Fear causes us to keep faith at arm’s length and only tiptoe in it a couple of times are year.  Fear also invites us to distract ourselves with traditions and expectations, to focus on the nitty-gritty of running the church.  Still, more of us get ourselves more concerned with head counting and judging others rather than leaving room for an authentic encounter with the divine.

Fear, you see, keeps us from our true mission. We see it right here in this passage from Mark. These women were at first so full of fear, they froze and told no one.

According to Matthew, Luke, and John’s Gospels, thanks be to God that these women did get around to sharing the good news, even if they didn’t fully understand its power at first.  But again, this underscores the unconventional way that God always works.

We are continually amazed at the way God turns the world upside down. For a Savior of the world, we would have chosen a powerful prince or somebody with great wealth.

But God chose a carpenter’s son born under questionable circumstances.

For disciples to help Jesus through his ministry, we would have chosen well-connected people of the upper class to bankroll the operation,

But Jesus chose fishermen, a tax collector, and other such outcasts.

For a grand entrance into Jerusalem, we would have chosen a white Stallion,

But Jesus chose a donkey.

When riding high in the polls on Palm Sunday, we would have chosen to stay there as long as we could,

But Jesus chose to clear the temple.

For a place of coronation, we would have chosen a palace with a wonderfully decorated royal throne,

But Jesus chose a cross.

For those who we would want to have included in the kingdom of God, we would have chosen those who look and sound just like we do,

But God chose the world with all of its challenging diversity.

For people to show the world the love and grace extended to us in Jesus Christ, we would have chosen somebody else,

But God chooses each of us, every day.

When Pharaoh saw that the rain and the hail and the thunder had ceased, he sinned once more and hardened his heart. Exodus 9:34

Do you not realize that God’s kindness is meant to lead you to repentance? Romans 2:4

Holy One, the temptations of this world are great. Help us, your humble children, to not be overcome, but to persevere in the strength you provide. Amen.