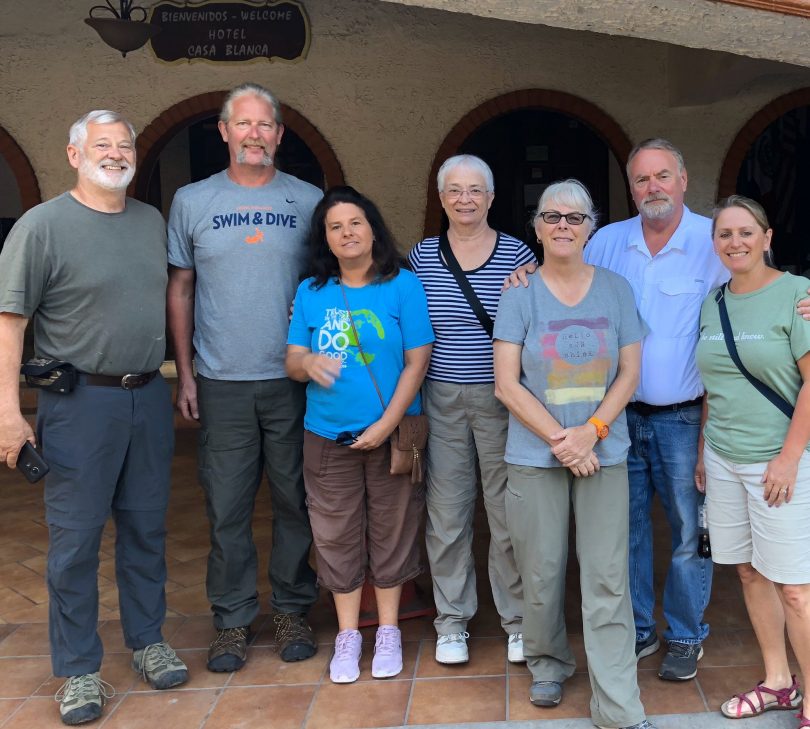 This blog post is part of a series recounting the trips of volunteers to the clinic in Ahuas, Honduras.

Let me start out by saying that Ahuas is on your way to nowhere. It is accessible only by boat or airplane. We chose the latter. It takes several plane changes to get there and each airport and aircraft got smaller. We landed on a grass strip at Ahuas where the airport building had obviously caved in a few years ago.  Amenities in Central America do take some getting used to. 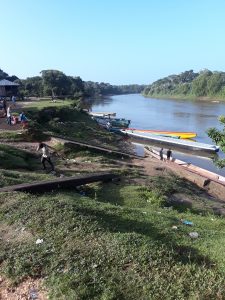 The climate is bearable, the people are friendly, and the clinic in Ahuas is very advanced as those things go in Honduras. We had a very small but productive group. We worked on a couple of the houses (one of which we stayed in). The guys put on new screens, (to keep out golf ball size spiders) and a roof over the small deck on the back of the house we stayed in. One of the braver guys repaired the toilet to not leak and actually flush…Yay! I think he really did it to avoid going to the church service, which is in Spanish and lasts several hours. (he has been there before) We painted the entire outside of the clinic and also did some inside painting on the homes. With a small group, everybody becomes good friends quite quickly. One of our group made glasses for the locals who were having a hard time seeing. That was a major blessing to them. 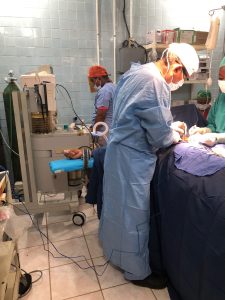 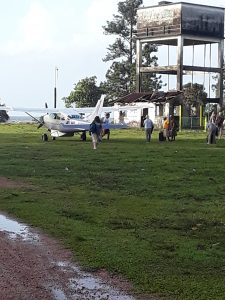 We took a short river trip to another small village (they all look the same). We had a great time walking in the mud (that was ankle-deep) to get there after the boat was run aground on the bank. The river was down from its usual level so the boat couldn’t actually reach the village. We consumed fresh coconut milk, and then we were on our way back to Ahuas. I have to say that the food we enjoyed while in Ahuas was excellently prepared and if you go away hungry it is your own fault. 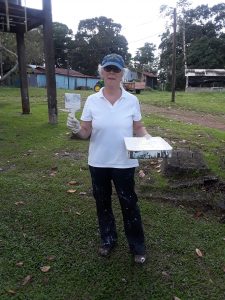 If you want to appreciate where you live… Ahuas will certainly help with your perspective. You come away from the trip knowing that you helped some people who do not have many of the resources necessary to help themselves. You feel blessed and tired. Personally, I cannot wait to do it again. 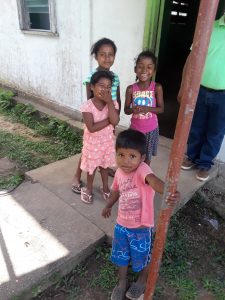