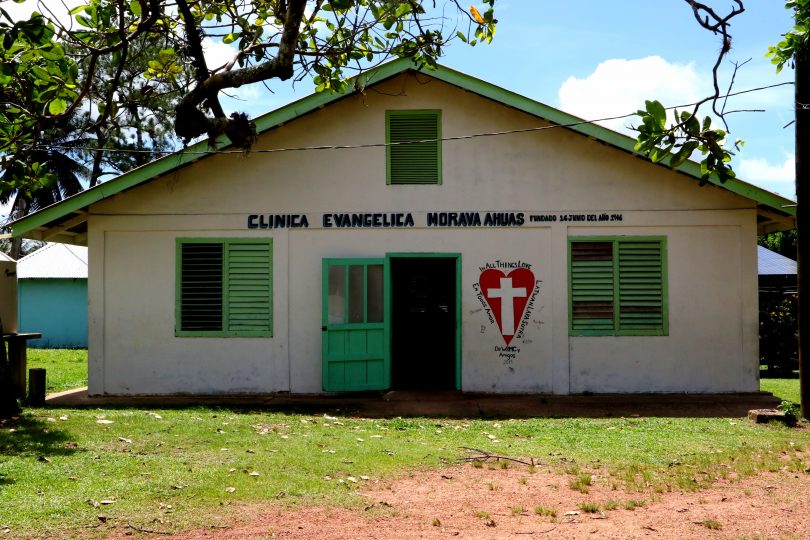 A sneak peek inside the Ahuas Spotlight: 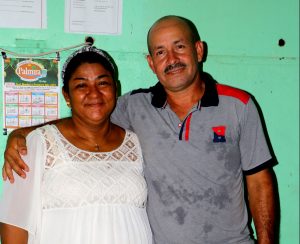 Selín Mejía is the 45-year-old head of maintenance at the Clínica Evangélica Morava. Married to Eulalia Martínez (daughter of former Hospital Administrator, Hamilton Martínez), Selín began work at the Moravian hospital in Ahuas twenty one years ago as a tractor driver and general maintenance helper. Having grown up in the neighboring Department of Olancho, he had come to Ahuas in the late 1990s to work for a family friend that had moved from Olancho to Ahuas to start the first major general store in the community. When that friend left, Selín, who had experience driving other vehicles, was hired by his father in law to work at the hospital… Read more about Selin in the Spotlight. 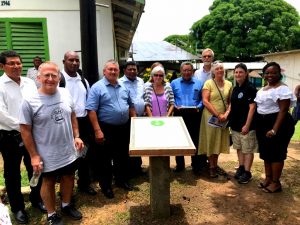 Werner Marx wrote 75 years ago, “The 16th of June of 1946, we planted the corner post of the new clinic in Paptalaya”. On June 16th of 2021, Werner’s nephew, Benno, was there with Teresa, Lisa and Brent Pampe, Barbara and me to help the hospital staff to celebrate the 75th anniversary of the founding of the Clínica Evangélica Morava.

Ted Riven and the hospital staff arranged activities. A celebration ran from 9:00 a.m. until noon under a tent which consisted of posts planted in the ground and a framework covered with large plastic tarps. Music was accompanied by Dr. Kenneth Serapio on his keyboard and included not only communal hymns, but also several hymns by the clinic chorus. A group of young people from the Paptalaya congregation and assisted by former clinic employee, Miqueas López, provided additional music… Read more about the anniversary celebration in the Spotlight. 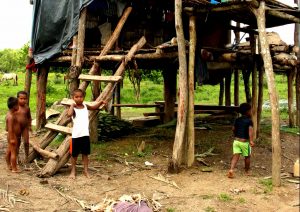 Most of the activities associated with the Board of World Mission’s Moravian Disaster Response hurricane relief effort were completed earlier in the year. The last component of that board effort was the donation, transportation and distribution of supplies donated by Lutheran World Relief – a shipping container filled with adult hygiene kits, school kits and infant kits. As had been the case with the previous activities, the two Moravian Provinces and the Ahuas hospital cooperated to distribute the kits across the entire region. The last of those kits were taken to communities on the upper Patuca River and the North Atlantic Coast during the week of July 11th… Read more about disaster relief in the Spotlight.