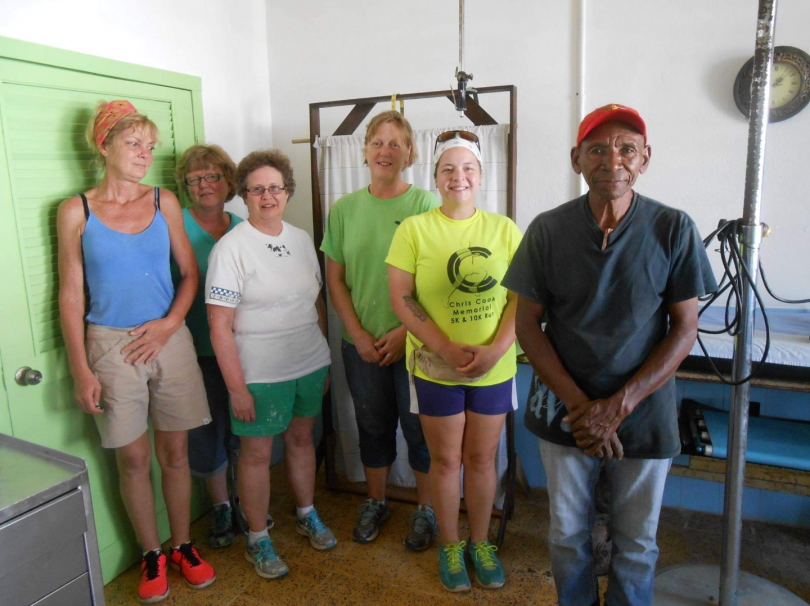 Seeing from the Soul
by the Rt. Rev. Chris Giesler
Director of Mission Engagement

Jesus was constantly turning his world upside down.  The first shall be last. The hated Samaritans become heroes. The poor widow becomes the shining example of stewardship. Children get to sit with Jesus.  And today, we meet a poor blind man by the name of Bartimaeus.

To begin with, he does not even have a name of his own. He is called Bartimaeus, but in Aramaic, his name is made up of two parts.  “Bar,” which means “son of,” and “Timaeus,” which was his father’s name.  So, for me today, using the same process, my name would be “Son of John.”   I would not be known for my own gifts and accomplishments but rather in reference to my father.  This is the life of Bartimaeus.

Next, notice where Jesus meets this man.  It happens on the outskirts of Jericho as Jesus and his disciples are leaving town.  Chances are, this man was not allowed to beg in the city center. After all, who wants vagrants hanging around.  And popular sentiment would have insisted that he or his father must have done something awfully wrong for him to deserve blindness.  And who wants blind beggars around who are getting what they deserve.

You might remember that earlier in this same chapter of Mark’s Gospel, Jesus’ own disciples spoke sternly to the children who wanted to meet Jesus. Here, the town’s folk are speaking sternly to Bartimaeus, ordering him to keep quiet as he was crying out for help.

Aware of the commotion and the effort to silence the beggar, Jesus asks that Bartimaeus be called over to speak with him. It is here that something remarkable happens.  Again, earlier in this 10th chapter of Mark, Jesus encounters a wealthy young man who seemingly has everything except confidence in his own salvation.  So he asks Jesus what he must do to inherit eternal life. When Jesus asks him to sell his many possessions, give them to people like Bartimaeus, and come and follow Jesus, that man walks away, unable to part with his worldly wealth.

But here, when Bartimaeus is summoned to speak with Jesus, the text adds that he stood up, threw off his cloak, and went to be with Jesus.  That cloak was no doubt his most prized possession.  It is what would have kept him warm on a cold night.  It is what would have shielded him from the hot sun on a warm day.  That cloak has an essential garment, and we can only surmise that it was the only one he had.  But he left it behind and went to Jesus’ side.  What the rich young ruler could not see, blind Bartimaeus did.

Like the Zacchaeus, another well-known outcast from Jericho, this meeting with Bartimaeus shows us how Jesus looked at the world and turned it upside down.

The Board of World Mission is in relationship with our Moravian siblings around the world, many of whom have very little in terms of possessions and material wealth.  By North American standards, they own next to nothing and have access to only a limited amount of money.  For instance, the average per capita income in the US is $65,000, while in Nicaragua, it is $1,850.  In Tanzania, it is $1,080.  When North American Moravians visit these countries, they are appalled by the poverty. Still, they are amazed by the depth of faith, the centrality of Jesus in their lives, and their generosity towards others.

Perhaps our relative wealth and possessions can cloud our vision.  What is it that keeps you from seeing Jesus?  Can you hear him calling you to come over for a chat?  What might you leave behind to make sure that you give Jesus your undivided attention?

I am a companion of all who fear you, of those who keep your precepts. Psalm 119:63

Philip asked the Ethiopian, “Do you understand what you are reading?” He replied, “How can I, unless someone guides me?” And he invited Philip to get in and sit beside him. Acts 8:30-31

Eternal Word, we thank you for the diversity of your disciples. Help us focus, not upon our differences, but on working side by side as we seek to know you better and to serve you together. Amen.