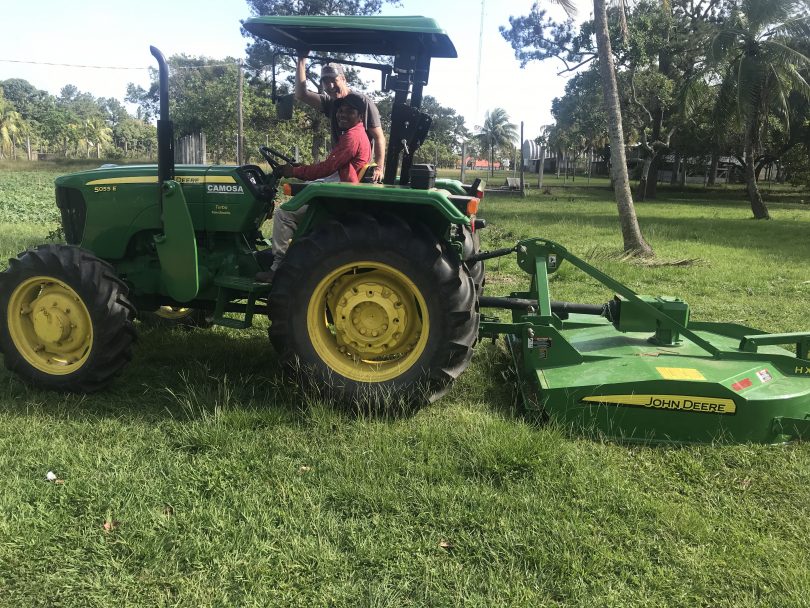 Prepare the Way in a Busy World
by
The Rt. Rev. J. Christian Giesler,
Director of Mission Engagement

This can be a loud time of year, and our ears can be overwhelmed by it all.  My wife and I went to a fabric store the other day to look for some material for window coverings at our home. When we usually go to this store, we are the only customers there, but it was full of people this time. And since it is in late November, the sound system was a steady stream of loud Christmas tunes, from “Here comes Santa Claus” to “Twelve Days of Christmas.”  The volume was turned way up!

From there, we went to do more shopping at Bed, Bath, and Beyond.  In the “Beyond” section were several display units full of stuffed Santas, Rudolfs, and snowmen, each of which plays a song when you press the button on their hand.  Santa does a rowdy Christmas rap followed by some hearty Ho-Ho-Hos.  I feel sorry for the store employees who must listen to this all day long.

And now, several area radio stations began playing Christmas music soon after Halloween.  It is deafening!   It is all the more reason that it is easy for us as followers of Jesus to take our eyes off the target and forget what’s important during this Advent season. There are so many priorities in the busy and loud Advent and Christmas season.

“In ancient times,” says Jeremy Myers, “when a king was going to visit a city, he would send before him someone to herald his coming . . . The herald would go around the city and go before the city leaders, telling them, ‘The king is coming. He will be here any day. So, clean up your lives. Make sure you are in obedience to the king’s commands so that you will not be punished when he arrives.’

“This herald also served as a city inspector. He would go around the city and make a list of things that needed to be fixed. He would tell them, ‘Clean up your city. Sweep your streets. Get rid of all the garbage lying around. Round up any criminals to make the city safe. Fix the roads; make them smooth and straight. Make sure the town is gleaming. Make sure the city is fit for a king to ride through.’

“It was an embarrassment for that city, and the people of the city, if they were not prepared when the king arrived. It was also an insult to the king if they had not prepared properly for his arrival.”

In the same way, John the Baptist came to announce the coming of a king, a different kind of king. “A voice of one calling in the wilderness, ‘Prepare the way for the Lord, make straight paths for him. Every valley shall be filled in, every mountain and hill made low. The crooked roads shall become straight, the rough ways smooth. And all people will see God’s salvation.’” What a wondrous way to depict the preparation of the world for Christ–straightening the curves, filling in the valleys, cutting away the high mountains that the road might be level and easy to travel.

When I served the Moravian Church in Richmond, VA, I would frequently travel to Winston-Salem, NC, on church business or visit my extended family.  The road that I spent most of my time on while making this trek was Virginia State Highway 360.  It cuts along the rolling hills of south-central Virginia to South Boston.  When it was first paved, probably somewhere in the 1930’s it was a two-lane road laid down right on top of those beautiful rolling hills.  But in the 1980s, the road was expanded to four lanes, with the east and west lanes separated by 50 yards or so.  But the new road was paved using more modern technology and heavy equipment to level off the hills and fill in the valleys.  So going east, you ride up and down, while it is a reasonably level road when traveling west.

This season throws all sorts of loud and busy hills at us.  This is on top of the stressful nature of Covid impacts, political tension, and the polarization that all of this can bring.

But today, Luke says, lay all that aside.  Level out the hills.  Fill in the valleys, make a straight path for the coming son of God.  Only when we do this will the true glory of the Lord be revealed to us.  So, be sure to take some time this Advent to slow down, be still, and be aware of God’s coming again to you and the world.  A tiny, vulnerable baby is about to do something amazing, and we will only know it if we prepare the way!

Yours, O Lord, are the greatness, the power, the glory, the victory, and the majesty; for all that is in the heavens and on the earth is yours. 1 Chronicles 29:11

There is one God; there is also one mediator between God and humankind, Christ Jesus, himself human, who gave himself a ransom for all. 1 Timothy 2:5-6

Majestic Lord, we worship you with our voices raised for the creation of our world. In your infinite wisdom, you gave your only son to us, an imperfect and sinful people. Through Christ, we are reconciled to you. Amen.