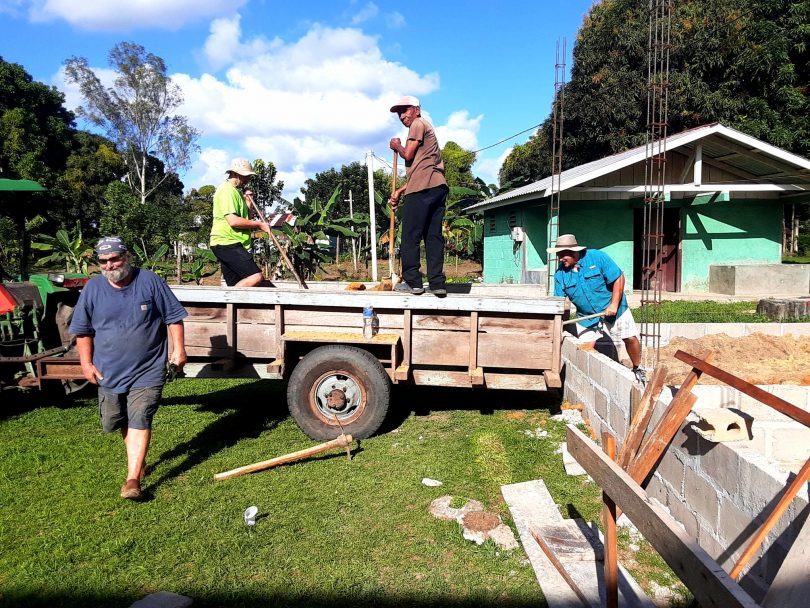 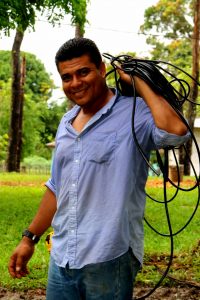 In 2017 Celán Alemán Rivas who had spent most of his adult life in San Pedro Sula, decided to visit his grandmother in Ahuas. Celán’s mother was from Ahuas and although he grew up on Roatán, his grandmother and other family members still lived in Ahuas. He did not see them very regularly, so a Christmas visit seemed like a good idea. For a person who is used to life in Honduras’ industrial center and largest city, there was not much to do in Ahuas. One day Celán took a walk around Ahuas and happened to come to the Clínica Evangélica Morava. He talked with one of the nurses as medicines were being distributed to inpatients. The conversation turned to the trouble that the hospital was currently having with the solar electric system… Read more about Celan in the Ahuas Spotlight. 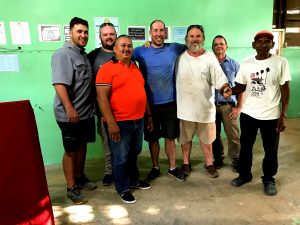 On February 13th, a team of four (Braeden Bennett, Lance Key, Andrew Morton, and myself) left North Carolina for a ten-day journey to the Moravian Clinic in Honduras. Our purpose was to help start construction on a new patient building. This building marks the end of a project that started in 2003. A survey of the Clinic campus was completed that year and a plan drawn up to replace or repair all the existing structures. In the years following, there have been many buildings repaired, torn down, or replaced. Some buildings original to the very early years of the medical work there were built of wood and over the years have been replaced with concrete and steel roofs. Read more about the mission team’s trip in the Ahuas Spotlight. 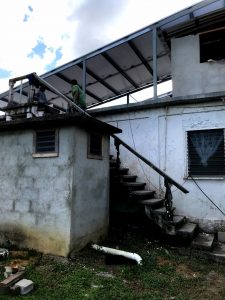 Through a generous donation, a second set of solar panels were purchased and now installed. The installation of the new system (which is intended to supply electricity primarily to the surgical building and a few inpatient houses) went well, though one of the two inverters turned out to have a flaw from the factory. Celán was able to use one of the inverters from the old system to temporarily get the new components to work. The faulty inverter was returned to the seller and once it is repaired or replaced, Celán will install it on the new system and return the old one to its original place with the old system. Read more about the solar project in the Ahuas Spotlight.