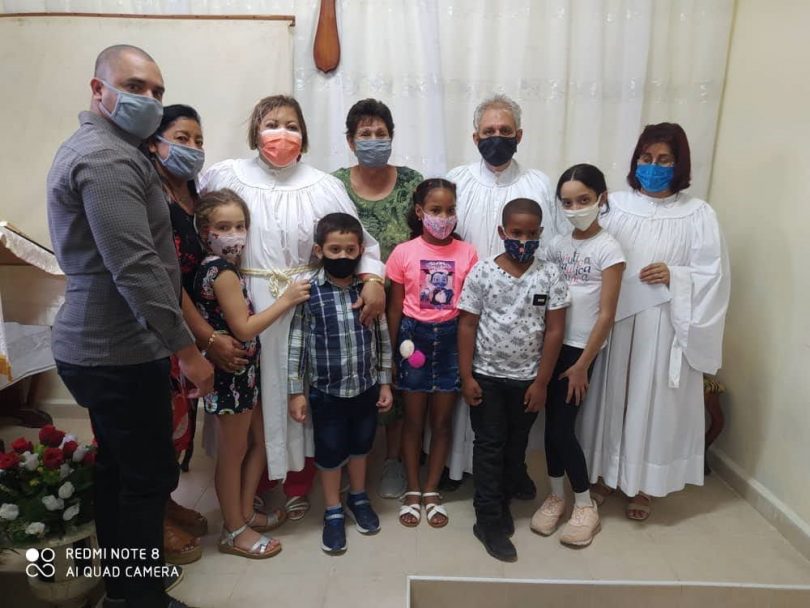 I must admit the description of Pentecost in the Book of Acts has always amazed me. Yes, I’m amazed at the power of the Holy Spirit to empower the miracle of being able to speak foreign languages, and I’ll say more about that in a few moments. But for now, let’s deal with Acts 2:14:

But Peter, standing with the eleven, raised his voice and addressed them: “Men of Judea and all who live in Jerusalem, let this be known to you, and listen to what I say. Indeed, these are not drunk, as you suppose, for it is only nine o’clock in the morning.

Why would Peter have said such a thing? Is this insinuating that had this event happened at 5:00 o’clock in the afternoon, the disciples might have been drunk by then? We’ll never know, but as it turns out, this seemingly off-handed comment plays into the passage’s more significant meaning.

This event, which takes place in Jerusalem, is often seen as the restoration of the division of the human race depicted in the story of the Tower of Babel. Look back to Genesis chapter 11. There we read about a moment of human arrogance when people tried to build a tower that would reach heaven itself. The idea was complete folly, and the resulting punishment was that their languages were confused, and people were scattered over the face of the earth.

Fast forward then to our passage from Acts. The site is Jerusalem, where people from far and wide are gathering for the festival of Pentecost. As these early believers were gathered in one place, suddenly, the Spirit of God moved in their midst so that it was compared to the movement of wind. The result of this was that people’s souls were warmed so that it was described as if a flame had come to rest on each of them. Furthermore, the result of this was that these believers were given the gift of speaking so that visitors from different countries could hear and understand the Gospel message that was being spoken. Truly a miracle for most of these followers of Jesus were illiterate fishermen. Here the Spirit of God was bringing unity out of separation and division. But some discounted it as rubbish, thinking that this was just a bunch of drunk people spouting off at the mouth.

In the Bible, it is not unusual to see an attempt to explain away the power of God. In Luke’s account of Jesus’ resurrection, you might recall when Mary Magdalene and the other women go back to tell the disciples that Jesus had risen from the dead; the women’s witness discounted it as an idle tale.

But here is the bottom line for the Pentecost experience in Acts, where there was once division, unity was being restored. The good news of God’s love for the world was being understood not just by the locals but by people speaking different languages. What do you think? Drunk people! Another idle tale?

Think for a moment about the early Christian Church in Corinth. This was one of the churches that Paul had started, and he had trained their leaders well in identifying their spiritual gifts. However, after Paul’s departure, division in the church arose as to whose gifts were the most important and who was ultimately in charge of the work there. This prompted Paul to write them a couple of letters in which they are encouraged to see the Church as the body of Christ with many different parts that need to work well together, and he reminds them that the greatest gift is love.

Where there was once division, now there is unity. This did not mean that everyone would have the same gift, but the same purpose in using their unique gift for the common good. These gifts were not given for personal gain or glory but for the common good and the kingdom of God.

Is this an idle tale? Is this the writing of a confused man? What do you think? What does it mean for us today?

In my travels among many congregations (Moravian as well as those of our ecumenical partners), the most significant difference between growing congregations and ones that are stagnant is that growing congregations are full of members who are not only are aware of their spiritual gifts but are using them for the benefit of the common good. It has nothing to do with a theological point of view or even with a particular style of worship. It has everything to do with how Christians use their gifts together.

While I won’t take the time here to unpack the events of August 13, 1727, here, for Moravians, this is a pivotal moment in our story that continues to inspire us to look beyond conflict to the opportunities that we all have for mission together.

What can congregations do?

Many congregations today will celebrate Holy Communion on Pentecost. If so, the elements before them symbolize the gifts that Jesus Christ had to offer the world. The body broken, the blood shed for the sin of the world! What if God had not cared? What if Jesus had decided that piling up loaves of bread in his own pantry, throwing himself off pinnacles to wow the crowd, and ruling the world’s kingdoms was more fun than taking up the cross for humanity? Participating in Holy Communion on Pentecost calls us to remember the way that Jesus used his gifts for the common good and our eternal lives. Today we remember the power of the resurrection that gives us new life now and in the world to come. Most especially on Pentecost, we celebrate the coming of the Holy Spirit that bridged the barriers that human weakness had created. May this be our reality today!

Moses said, “Would that all the Lord’s people were prophets, and that the Lord would put his spirit on them!” Numbers 11:29

Do not quench the Spirit. Do not despise the words of prophets, but test everything; hold fast to what is good. 1 Thessalonians 5:19-21

Holy One, your love for us is unequaled. We ask that we may be strengthened through your presence. May we be steadfast, representing you in your world, always abounding in your grace. Amen.