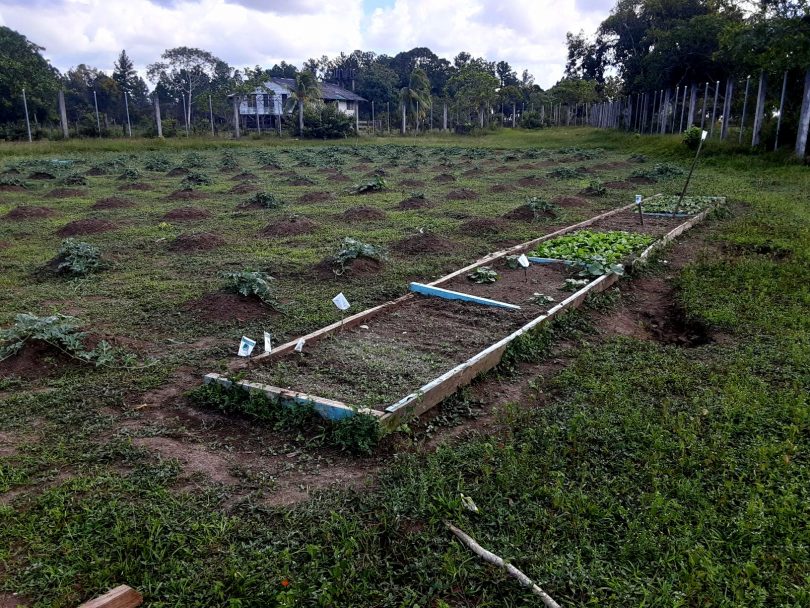 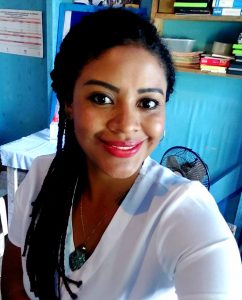 Although born in Mocorón, Yamileth Martínez Flores was raised in Ahuas, the daughter of a typical Mískito family. When old enough, she left home to study nursing in Puerto Cortés, Honduras’ main port on the Caribbean. She graduated in 2014 with a degree in nursing and soon found employment at the Clínica Familiar del Atlántico where she worked with inpatient, outpatient and emergency medicine for four years. She stayed in Puerto Cortés both because of her job and because her husband was from the community. There Yamileth gave birth to her only child, a boy who is now fourteen years old. In 2021, following the retirement of Tomasa Gostas (the nurse previously in charge of the Clínica Evangélica Morava’s Preventive Health Program) and Head Nurse, Elna Miller, Yamileth, who had moved back to Ahuas to be closer to family, was hired to oversee the project… Read more about Yamileth in the Ahuas Spotlight. 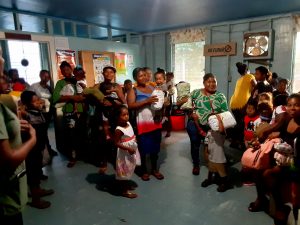 A Well Baby Clinic is held every Wednesday. On a typical week in mid- February, over thirty mothers brought their young children under five years of age to be registered, weighed, examined and, when necessary, to be seen by a physician. Mothers are given classes on domestic cleanliness, infant nutrition, cervical and breast cancer and other topics. Milk is provided to families whose children are malnourished or when mothers are unable to produce enough milk for their babies. When necessary, medicines are dispensed and when available, disposable diapers are distributed. Typical problems include intestinal parasites, lice, skin problems and malnutrition… Read more about this project in the Ahuas Spotlight. 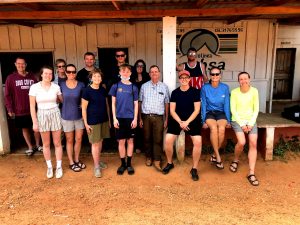 Last month I had the opportunity to take my second trip to the Moravian Clinic in Ahuas, Honduras. My first trip to Honduras was special but this one had added significance because my 16 year old son was able to come along with me. Prior to the leaving, my son and I were talking with my wife, who is a seasoned veteran at mission trips, and she was asking him what he was looking forward to about the experience. He responded that he was looking forward to helping out any way that he could. As I reflected on my own reasons for going to Ahuas, I suppose that was pretty close to the way that I felt as well. I know that we have been blessed and I want to be a blessing to others… Read more about this team’s trip in the Ahuas Spotlight.