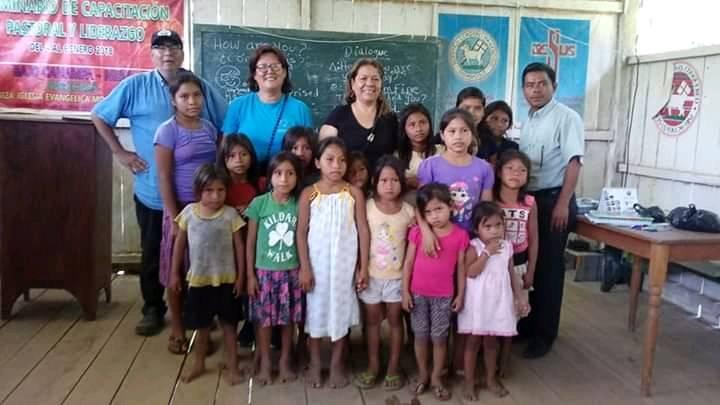 Removing Barriers to Unity
by The Rt. Rev. Chris Giesler

Tolerance and respect are lost these days, even in the Christian Church. We seem to be all too quick to define who is on our side and who it is that might oppose us. Lines of division are nowhere more pronounced than in the halls of government these days. It is hard for any piece of legislation to go through without an almost predictable split between political parties. We have clearly defined red states and blue states. And within states, we have red counties and blue counties. This is certainly the case in my home state of Pennsylvania. Campaigning for political office usually begins not with a candidate stating what they hope to accomplish if elected but rather how horribly un-American their opponent is. Some candidates excel at name-calling and bullying rather than uniting people. Unfortunately, we are not immune to this in the Church.

There is nothing new to this unfortunate tendency of human nature. It was very much alive between the Jews and the Samaritans. This division has its roots all the way back to controversies in the 14th Century BCE. Many in the group that would become the Samaritans were pushed out of Jerusalem and marginalized economically and geographically. The problem was exacerbated by Babylonian exile, during which much of the religious leadership and wealth of the Jewish people was shipped off to Babylon after it took possession of the land around 590 BCE. The most influential and wealthy citizens were taken to Babylon to ensure that these folks could not mount a rebellion. Those left in Israel picked up the pieces as best as possible. When the exiles returned home, they were unhappy to find how the “Samaritans” had changed things and permanently moved them out of Jerusalem into the land between Galilee and Jerusalem. This meant that whenever someone from Galilee wanted to travel to Jerusalem, they would have to take an extended detour around Samaria because they would not have been welcomed nor extended any sort of hospitality along the way.

In our text for today, when Jesus, who has been doing ministry in the Galilee region, sets his face towards Jerusalem, he does not take the detour and instead takes the short route through Samaria. On this particular occasion, he sends some of his disciples ahead to a village to try and secure food and lodging, but they are turned away since they are Jews on their way to Jerusalem. These Samaritans were playing the script perfectly, saying we don’t want your kind around here.

But Jesus’ disciples play the same script as well.

54When his disciples James and John saw it, they said, “Lord, do you want us to command fire to come down from heaven and consume them?” 55But Jesus turned and rebuked them. 56Then they went on to another village.

Here, James and John, leaders of the disciples, are ready and willing to give those miserable Samaritans what they deserve. How dare they turn us away! But our text tells us that Jesus rebukes this desire for retribution. “Rebuke” is a powerful word showing us that Jesus did not like what he heard from his core leaders.

Most Christians agree that Jesus Christ can be seen as a bridge between God and a broken and sinful world. Each of us is a part of this broken world. But Jesus did not want to leave this bridge-building to God in heaven; he also wanted to build bridges between rich and poor, Jew and Samaritan, Jew and Gentile, men and women, and the list goes on and on.

The Apostle Paul lists the things opposed to the Spirit of God in our text from Galatians for today. This list includes jealousy, anger, quarrels, dissensions, factions, and envy. These are precisely the things that divide us. Paul encourages his readers to seek the fruits of the spirit, which are love, joy, peace, patience, kindness, generosity, faithfulness, 23gentleness, and self-control. These are precisely the things that break the cycle of division.

How do these things help us to define our mission? The very act of looking beyond ourselves to help meet the needs of others, spiritually or physically, requires that we put aside divisions and focus on the betterment of everyone. It requires a Christ-like love to work on behalf of those who have been marginalized by society and to seek justice for them. Where do you see lines of division in your neighborhood or city? How can you advocate for dealing with others as Paul calls us to do with love, joy, peace, patience, kindness, generosity, faithfulness, gentleness, and self-control? Would you instead call for God’s wrath to be called out on those with whom we disagree, or would you seek to share a measure of God’s grace?