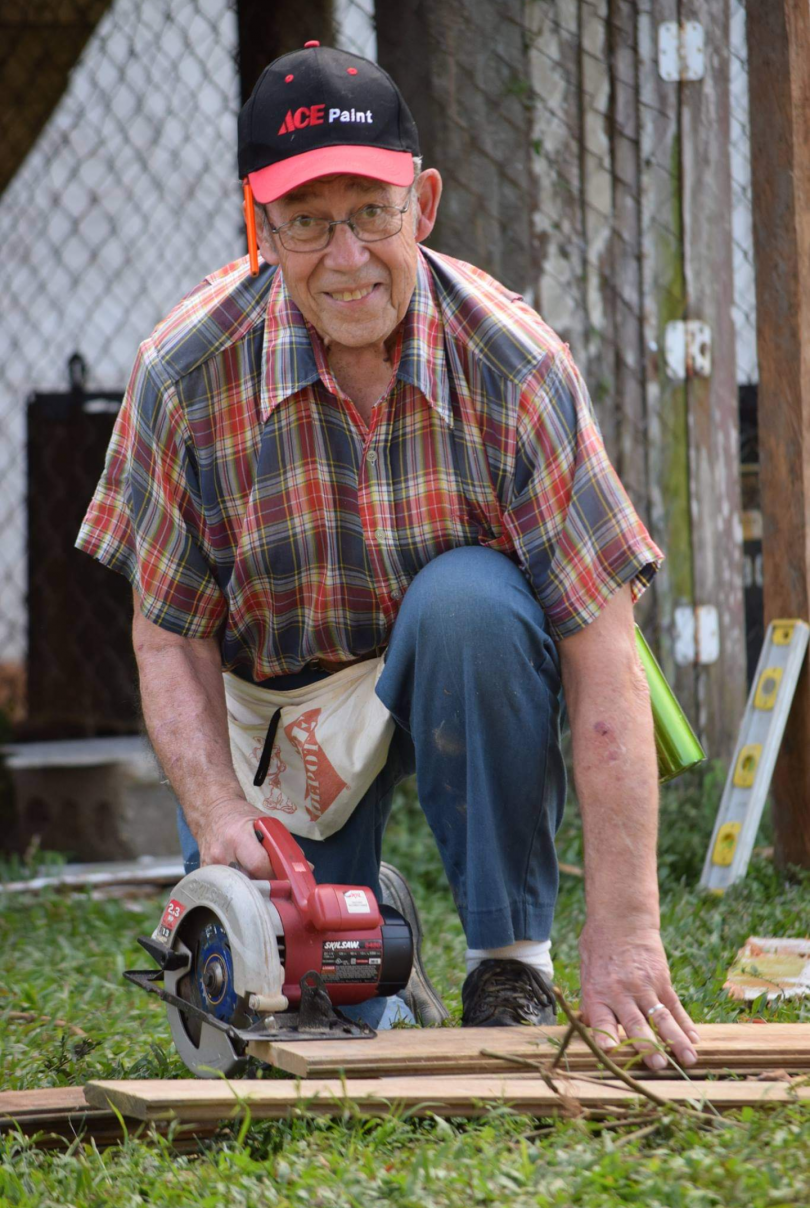 Reading the Gospel text assigned for this week, I am reminded of a story about two frogs who, when looking for food one day, fell into a bucket of milk. Because the sides of the bucket were slippery and there was nothing for them to push off on, their fate seemed doomed. One frog was about to give up and die, but the other insisted they keep swimming; surely, someone would come to save them. A bit later, the one frog was exhausted and said he was giving up, but the other again insisted they keep trying. So they did. The same thing happened a bit later as the one frog had lost the will to live in what seemed to be a hopeless circumstance. And again, the other frog encouraged him to keep paddling. Sure enough, with all of that splashing around, the milk began to solidify and become butter, and once solid enough, the frogs could jump out of the bucket.

We know that Luke was writing this first copy of the Gospel to people who were being persecuted for their faith, not so much by Jews but by Gentiles who had little respect for either religion. At the very least, this persecution resulted in things like ridicule or lost employment. This persecution could also come as imprisonment or serving as dinner for a bunch of hungry lions. There are several stories included in Luke’s Gospel that are there to inspire faith and persistence amid great adversity, and today’s scripture lesson is one of them.

Here Jesus tells an interesting parable of a widow and an unjust judge. The lesson on face value is rather straightforward. Here the woman has had somebody in her life that has committed an injustice against her. Unfortunately, this was common in their society as widows were often taken advantage of. Without a husband, they had no right to own property or keep wealth of any significance. With somebody seeking to gain something from her, she kept going to the judge to seek justice. As Jesus sets up the parable, he tells us that this judge had no regard for the Lord or respect for others. This means he cared only about the money he collected on bribes that would influence his decisions. Since the widow had no money, her only weapon was persistence. Like the frogs in the bucket of milk, she kept going to the judge daily until she wore him down. Finally, he relented and gave her justice.

Jesus is not asking us to see God as the unjust judge, but rather saying that if a poor excuse for a human being could finally grant justice to a persistent person, how much more would a loving God respond to us if we are relentless in our prayers?

The first and last lines of the parable go right to the heart of the matter.   First, Jesus tells them about their need to pray always and not to lose heart. And he concludes with the challenge to be one with whom Jesus finds faith when he returns. The core message of the parable then is to be persistent in prayer—furthermore, a deep desire to deepen our relationship with Christ as the evidence of our faith.

So let us begin with prayer. How often do you pray? By prayer, I mean something more than just an occasional table grace; more than an exasperated phrase like “Lord, help me” when we are frustrated; or worse yet, saying the Lord’s name in vain when you are angry. In Luke 6:12, we hear, “Now during those days he went out to the mountain to pray; and he spent the night in prayer to God.”  Later in that chapter, Jesus tells his listeners to pray for their enemies. This is not a prayer for God to zap your enemy out of existence or that God would change their minds. Instead, this is a prayer for God’s grace and mercy to be extended to that person. And a prayer that you might have the courage to be the messenger that brings these words of grace. Remember, Jesus himself prayed a prayer of forgiveness for his enemies even from the cross, “Father, forgive them for they know not what they do.”

In the Garden of Gethsemane, Jesus gives us a true model for prayer. He first states his case, “Please let this cup of suffering pass from me.”  But then he concludes, “Not my will, but your will be done.”

We must realize that as we pray, we do so with a narrow perspective on the entirety of God’s kingdom and the breadth of eternity. We pray only for what we see right in front of us, we pray only from our perspective, and our perspective can often be flawed. Think how often you decided to do something that seemed right in the moment, only to find out later that you were completely wrong.

Nonetheless, God tells us to pray persistently. It’s not so much to change God’s mind, but so that God just might change our lives.   This transformation should also come with a new sense of mission as to how we can be the hands and feet of Jesus in the world today.