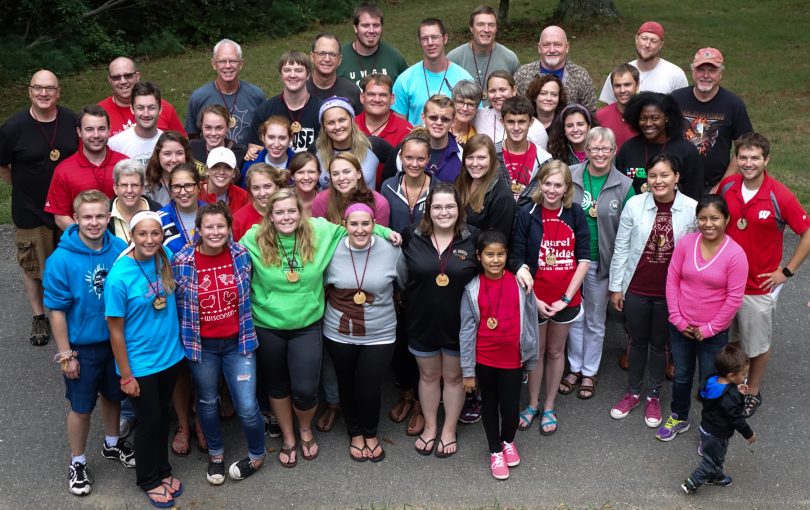 They Knew Something That Changed Their Lives
by the Rt. Rev. Chris Giesler

As we come to the end of the Church Year, on a Sunday known as “The Reign of Christ Sunday,” it is fitting to look back to see some of the characters we have met over the year.

We have been on an incredible journey that began with the Advent season a year ago as we read about an angel visiting a poor, peasant, unmarried teenager and invited her to bear a son, THE SON, the savior of the world. Mary knew something about a God who needed to be born in the world, and she gave her all, and I do mean her ALL, to accomplish this holy task. In an instant, her world was changed, and the world continues to change because of her willingness to serve.

Shepherds know it when they answered the angels’ call to go to Bethlehem and see this thing which the Lord has done. They were not the rich and famous; they were not the ruling elite. They were grimy, dusty, down-to-earth people, who knew that something extraordinary was happening, and they went as they were directed to visit

The Magi from the East knew something was happening when they looked to the sky and followed the star to Bethlehem.

Simeon and Anna also knew something. They were the two aged wise-ones who saw the divinity in Jesus even as he was a babe in arms, carried into the temple by his mother and father.  Simeon says this as he sees the baby Jesus: “Master, now you are dismissing your servant in peace, according to your word; for my eyes of seen your salvation, which you have prepared in the presence of all people; a light for revelation to the Gentiles and for glory to your people Israel.”

In Luke chapter 3, after being called by a brood of vipers by John, some in the crowd responded:
Luke 3:10-13: The crowds asked him, “What then should we do?” In reply, he said to them, “Whoever has two coats must share with anyone who has none; whoever has food must do likewise.” Even tax collectors came to be baptized, and they asked him, “Teacher, what should we do?” He told them, “Collect no more than the amount prescribed for you.”

Then there were the fishermen Andrew, Peter, James, and John. They left their livelihoods and their families to begin the journey of a lifetime. Needless to say, everything about their lives changed; they must have known something was going on with this itinerate preacher.

There was the synagogue leader named Jarius, who sent for Jesus to come and heal his daughter. He knew who Jesus was. But along the way, the woman who had been suffering from a hemorrhage for 12 years touched his cloak because she knew that even his clothes would have the power to heal.

Zacchaeus knew something was remarkable about Jesus, so when he heard that Jesus was coming to town, he climbed a tree to catch a glimpse. What does Jesus do? He calls Zacchaeus to a new and better life. Zacchaeus answers by saying:
Luke 19:8-10: Zacchaeus stood there and said to the Lord, “Look, half of my possessions, Lord, I will give to the poor; and if I have defrauded anyone of anything, I will pay back four times as much.” Then Jesus said to him, “Today salvation has come to this house, because he too is a son of Abraham. For the Son of Man came to seek out and to save the lost.”

There have been people all along who have known. How they knew, we don’t quite understand, but they did, and their lives gave witnesses to the divinity of who Jesus was.

And on the cross, while one of the criminals being crucified with Jesus mocks him, the other makes a profound confession of faith:
Luke 23:40-43: But the other rebuked him, saying, “Do you not fear God, since you are under the same sentence of condemnation? And we indeed have been condemned justly, for we are getting what we deserve for our deeds, but this man has done nothing wrong.” Then he said, “Jesus, remember me when you come into your kingdom.” He replied, “Truly I tell you, today you will be with me in Paradise.”