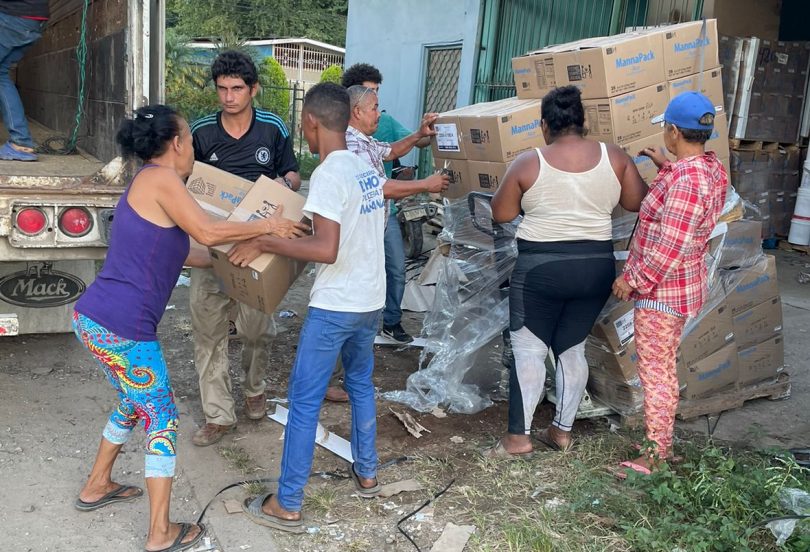 Which Train Are You On?
by Bishop Chris Giesler

North America has left traveling by train behind. I find this unfortunate as my travels in England, Germany, and the Czech Republic have given me some appreciation for them. The train stations in large cities like London, Berlin, or Prague are massive, with dozens of trains coming from all over the place. First of all, I have marveled at how punctual these trains are. If it was scheduled for a 10:15 departure, that is usually when the train started rolling. Sitting in my seat as the train left the station, I was amazed at seeing all of these train tracks running parallel to each other, taking trains out of the station. Often the train you are on would be right up against another train also pulling out of the station. You are so close that if you put your window down, you could carry on a conversation with the person on the next train. Then after a quarter mile or so, some of the tracks would peel off or start to merge. Where there were ten tracks across, now there might be five. Then in a few more miles, additional tracks would disappear until soon it was just down to your single track and perhaps another for trains going in the other direction.

Well, we are in a crowded station right now. All aboard the train, everyone. Here we all are at the same station. This year, because the beginning of Advent falls right after Thanksgiving, we find the First Sunday in Advent up against the beginning of the frenzied shopping season that used to start on Black Friday. Now it begins on Thanksgiving night. And even if online shopping is increasingly taking over the market, the mall parking lots will be full this weekend. There is a lot going on! It is like a crowded train station with lots of people running on parallel tracks but heading in very different directions.

To begin with, Advent isn’t a season to buy. Advent is a time to bond. Advent is not a time to be in a big rush. Advent is a time for the people of God to slow down and connect with each other and the world. This is a time to share the anticipation of Jesus’ birth. Advent is a place of quiet retreat during this busy season and focuses on Christmas’s coming gift. We are not on the train to commercialism and nostalgia; we are on a journey to God.

The Season of Lent, the forty days leading up to Christ’s crucifixion and resurrection, is all about solemn reflection and sacrifice. We “give up” things for Lent: we “give up” meat, sweets, and fast food. The Season of Advent is different. Advent is when the church urges Jesus’ followers to reconnect with the fantastic story of God coming to the world in human form. Advent is all about aligning ourselves with the astonishing approach of God that occurs on Christmas Day.

In the Gospel reading for today from Matthew, the disciples are talking to Jesus about the Second Coming. They want to know when that will happen so they can prepare for it. Jesus recalls the familiar story of Noah. He reminds the disciples that in the days of Noah, people lived with little concern for God. They were eating and drinking and marrying and celebrating. And suddenly, in those days, the rains came. Only Noah and his family were wise enough to listen to God’s warning and seek salvation. When Jesus comes again, he tells his disciples it will be like that. Life will be going on as usual, with people doing what they normally do, buying and selling, working and playing, just doing ordinary things. And suddenly, without warning, the Lord will return. When that happens, some will be ready, and some will not. Some will remember Jesus’ warning to be prepared for the kingdom’s coming, but some will not remember, and other things will have become more important to them. Those who have forgotten or disbelieved will be disappointed on that day.

Do you see what Jesus is saying? The disciples asked about the timing of the Second Coming, but Jesus said that was the wrong question. Their question should be, “what are we supposed to do while we wait for his coming.” And so it is with us. In this season of Advent, the important thing for us is not WHEN Jesus will be coming again but what the quality of our waiting will be in the meanwhile.

Advent is not a solitary experience; it has community and missional impacts. Advent directly impacts our call to mission, to care for others. We are not simply waiting for our own salvation; we are helping others to feel whole so they can also feel God’s presence in their lives. It is hard to do that when you are hungry, thirsty, lacking clothes, and have no shelter. It is hard to know of God’s love when you are the victim of injustice.

While in college and seminary, I used to love the safety and security of the course syllabus for each class. On it, the entire semester would be outlined with the assignments for each class, and you could find the date towards which we would all be working, the final exam. In the meantime, you could let your guard down a little because you knew the end was not tomorrow. After a while, however, I learned that the diligent daily work of reading, taking notes, and being attentive in class all along the way made the final exam all the easier to take.