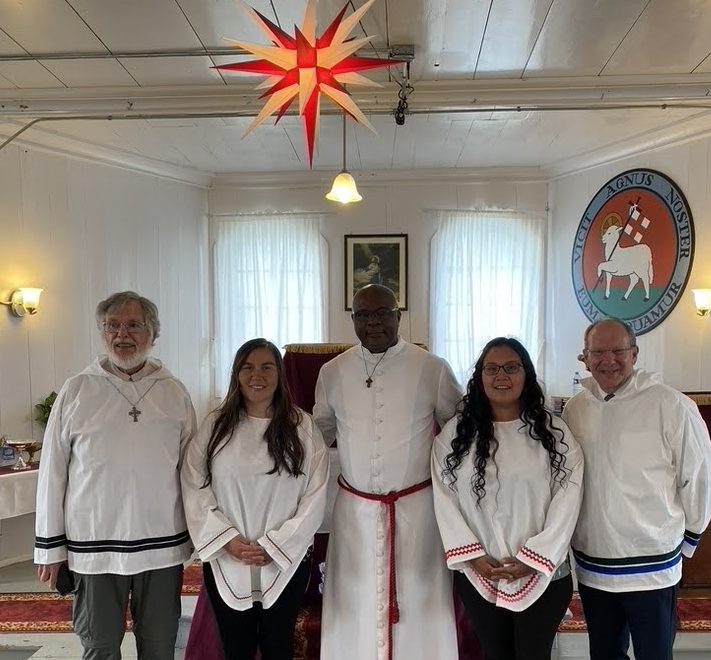 A Season of Discovery
by Bishop Chris Giesler

The dictionary first defines epiphany as the  Christian festival held on January 6 in honor of the coming of the three kings to the infant Jesus Christ. Additional definitions for the word “Epiphany” include:

Today we continue in the season of Epiphany, which officially began on Friday, January 6, but now we have six Sundays in the season.

In the Bible, since his birth, there have been several Epiphanies or appearances of Jesus.  First, there were the shepherds out in the field who answered the angels’ invitation to see the Christ child wrapped in bands of cloth and lying in a manger.  They left praising God for all that they had seen and heard.  That was quite an epiphany!

Then, sometime later, the wise men traveling far from the east observed a particular star and followed it to the house where Jesus and his mother were.  And they went into the house and bowed down and worshiped the young child and presented him with gifts of gold, frankincense, and myrrh—also an incredible epiphany.

In Luke’s Gospel, there are also two other appearances of Jesus.  First, Mary and Joseph bring their newborn child to the temple, and the wise elders, Anna and Zechariah, get to lay their eyes on the young child.  I can only imagine the joy those two must have felt knowing they had seen the Messiah.

Then we catch an appearance of Jesus at age 12.  This was when Jesus and his family went to Jerusalem for the Passover, and he forgot to tell his parents that he needed to hang around the temple leaders.  They lost him for three days, but then they found him right where he needed to be.

Then, in this week’s text, we have Jesus, at around 30 years of age, showing up at the Jordan River to be baptized.  After all of the loudmouth preaching that John the Baptist had done in the wilderness, I can’t quite imagine the conversation shared between Jesus and John.  John says, “Me, baptize you?  This should be the other way around!  “No,” Jesus says, “It is right that we do it this way.”

This was not an epiphany of Jesus to the world; it was a moment of clarity for Jesus himself.  A revealing of just who he was in a way that he had never realized. I cannot imagine what it must have felt like for him to hear the words from heaven, the words from the Father, “This is my beloved son with whom I am well pleased.”

It all began with a rather remarkable epiphany. This was, I believe, an epiphany for Jesus.  It was a moment in which he suddenly saw or understood something in a new or very clear way.  It was this experience that propelled him into the desert to discern his call further and then begin his public ministry. This was a profound shift for Jesus, as it was for his family.  In this series of events that took place in a little over a month, Jesus left his home, his family, and the vocation that had sustained him and his family.

There are opportunities for epiphanies every day if we only slow down to process them.  Reading the Moravian Daily Text each day is an opportunity for an epiphany when we ask, “what is God inviting me to today as I read these passages?”  Conversations with loved ones are loaded with epiphanies if we truly listen.  Words of affirmation from others can also provide insight into a calling.  Taking stock of our spiritual gifts and finding ways to use those gifts can also be a true epiphany.  This simply takes time, effort, and willingness to engage in the process.