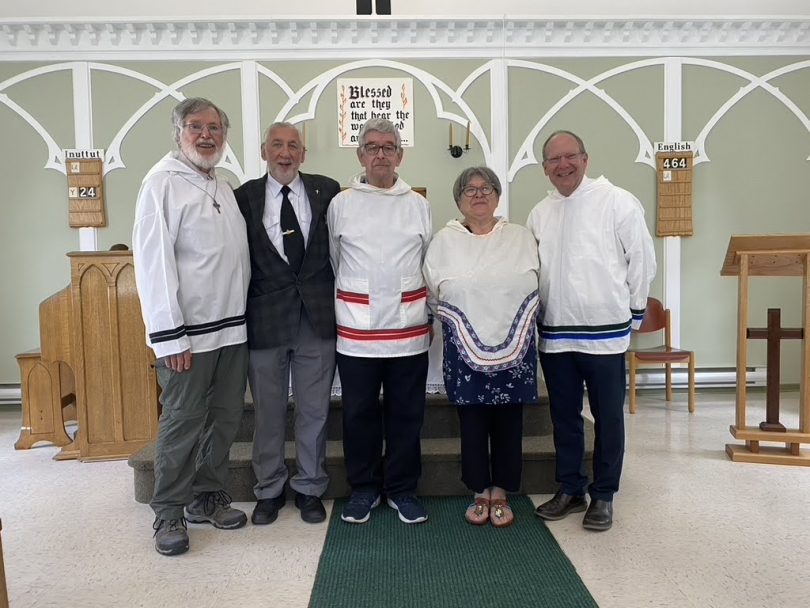 As I have driven around the last few weeks, I have noticed that all of the lawn nativity scenes are gone.  I suspect that the Wisemen finally showed up, Joseph had his dream, and he’s left for Egypt with his wife and kid.

Actually, the church year moves faster than that, and today that babe born in the stable just a little over a month ago is all grown up now.  He’s left the family home and business in Nazareth, been to the river and been baptized, and spent 40 days in the wilderness trying to find himself. He’s battled his temptations and is now about to begin his public ministry.  Time sure moves fast.

If you’ve gone deep sea fishing on a vacation trip, they usually give a prize for the”Catch of the Day,” which means it was the biggest catch for the day.  I’ve never won one of those.

12Now when Jesus heard that John had been arrested, he withdrew to Galilee. 13He left Nazareth and made his home in Capernaum by the sea, in the territory of Zebulun and Naphtali, 14so that what had been spoken through the prophet Isaiah might be fulfilled: 15“Land of Zebulun, land of Naphtali, on the road by the sea, across the Jordan, Galilee of the Gentiles— 16the people who sat in darkness have seen a great light, and for those who sat in the region and shadow of death light has dawned.”17From that time Jesus began to proclaim, “Repent, for the kingdom of heaven has come near.”

18As he walked by the Sea of Galilee, he saw two brothers, Simon, who is called Peter, and Andrew his brother, casting a net into the sea—for they were fishermen. 19And he said to them, “Follow me, and I will make you fish for people.” 20Immediately they left their nets and followed him. 21As he went from there, he saw two other brothers, James son of Zebedee and his brother John, in the boat with their father Zebedee, mending their nets, and he called them. 22Immediately they left the boat and their father, and followed him.

23Jesus went throughout Galilee, teaching in their synagogues and proclaiming the good news of the kingdom and curing every disease and every sickness among the people.

We begin to unpack this passage of scripture by noting that it begins with a cloud hanging over their head. You see, John the Baptist has been arrested. While it is not hinted at here, we already know he won’t leave the prison alive.  We are not sure why Jesus’ knowing that John was in prison prompted him to move to Capernaum.  I’ve had the joy of visiting Capernaum during my visits to the Holy Land. I can tell you that it is a lovely place.  A lot nicer than Nazareth.  Nazareth, you see, is located in the Galilean hills at t bit of an altitude.  It is a rough-looking town not that far from a Roman military base.  Many of the townspeople at Nazareth were tradespeople in the construction builders who worked on that base.  Some speculate that, most likely, Jesus would have found work there as a carpenter.  It has been cool and damp every time I have been there.  But Capernaum, on the other hand, is down on the shores of the Sea of Galilee.   Year-round, the weather is nice there.  It’s warm, with lots of agriculture, and the fishing is outstanding.  Jesus, no doubt, moved there because it was a crossroads town.  It had a lot of permanent residents but lots of folks passing through as well.  It was a great place to begin a new ministry.  I can see why Jesus picked it.

For Jesus, the first order for Jesus had already been accomplished; his baptism at the hands of John the Baptist. This was his affirmation to move forward with his ministry.  Imagine hearing a voice from heaven saying, “This is my beloved son!”

The second order of business was his time in the wilderness. This was his 40 days of introspection to decide just what the priorities in his ministry would be.  Those priorities would not include world fame and domination, nor would it be about satisfying his own hunger.  His ministry’s priority would be naming people as children of God and proclaiming that the kingdom of God was drawing near.

The third order of business was to get the headquarters in the right place. As the saying goes, “Location, Location, Location.”  And Capernaum was it.  As already noted, the weather was ideal, the fishing was great, and there were lots of people coming and going.

And then, here at this stage in the game, the last order of business was to get help.  Help for now, and help for later.  Truth be told, Jesus is still looking for help!  Could he be calling you to follow?

The singer/songwriter Bryan Sircho has long been one of my favorites.  His songs represent a desire for God’s justice to be done here on earth as it is in heaven.  One of his songs is titled “87 Times, Follow Me.”  You can hear a recording of the song at https://www.youtube.com/watch?v=6e0VNtrANmI .  In the song, he talks about the difference between believing and following.  Believing is easy, but following is harder.  In our passage today, Jesus invites Andrew, Peter, James, and John to do more than believe.  He is calling them to follow.   Here are some lyrics of Mr. Sirchio’s song that catch my heart.

Am I following Jesus, or just believing in Christ?
‘Cause I can believe and not change a thing,
But following will change my whole life.
He never said, come, acknowledge my existence,
or believe in me I’m the 2nd person of the Trinity.
But 87 times he said… “Follow me.”

Yes, we need to know what we believe,
to follow the Jesus who’s real
God save us from the Christ’s we create in our image
(you know what I mean…)
The Jesus who’s as left wing or right wing as we
The one who baptizes our cherished ideologies
The one who always seems to favor our side
against some enemy.

The first step for any mission is to accept the call to follow Jesus.  This helps us to make sure that our mission is not about ourselves, it is about Jesus’ priorities so that all people would know the love of God.  How can you follow this week?